Into the Smoke Filled Sky

Butte, Montana
All the country to the west of where we were is dotted with fires.  We never saw any blue sky in four hours of driving.  Here in Butte it was ten degrees cooler at 92 (33.3C) than what it was to be in Columbus.  That is because we are up in altitude.  The plan is to get higher. 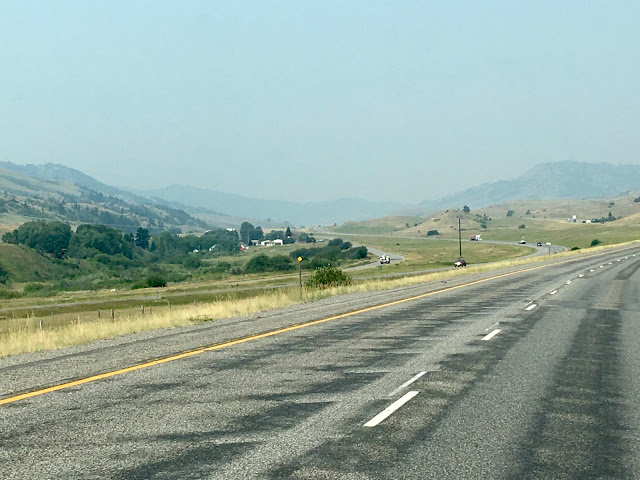 You can just barely see the mountains in the distance. 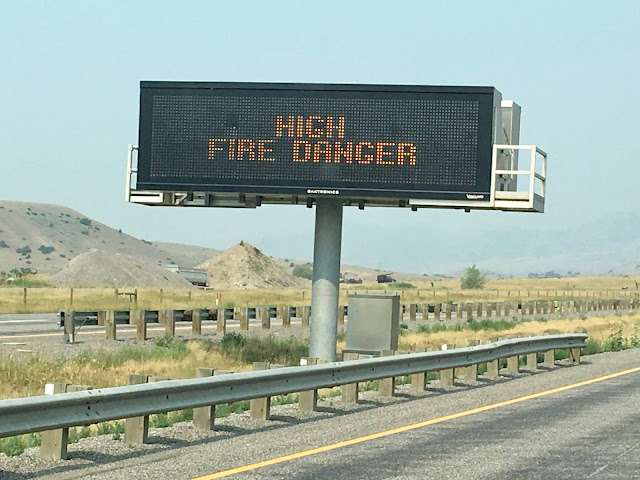 Just a spark from a dragging chain can cause a fire to start. 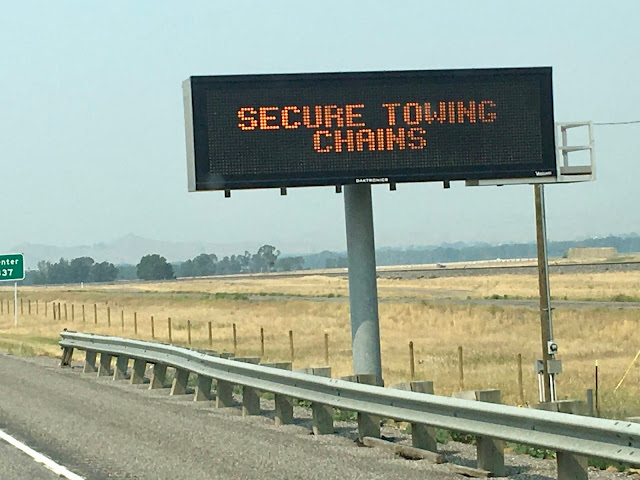 The evening before we left this guy set up his “tent” across from us.  That green thing is it; not even two feet high.  He stuffed his sleeping bag in from the side.  I never have seen anything like this before.  I don’t even think he can turn over inside that thing.  For as much trouble and length of time he took setting that up he could have done the same with a small pup tent he could at least sit up in. 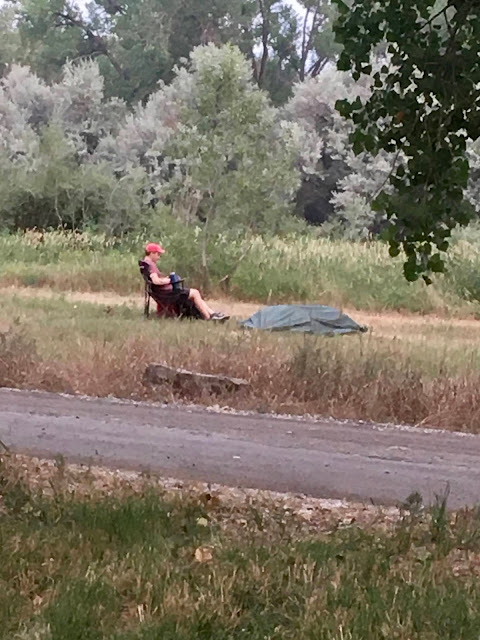 Here’s some cuteness.
Notice the people from Tennessee are still here in the background.
It will be over a 100 for three days straight. I think I finally figured out why they are gone most of the day everyday.  They’re driving all around Montana with the air conditioner going inside the truck. 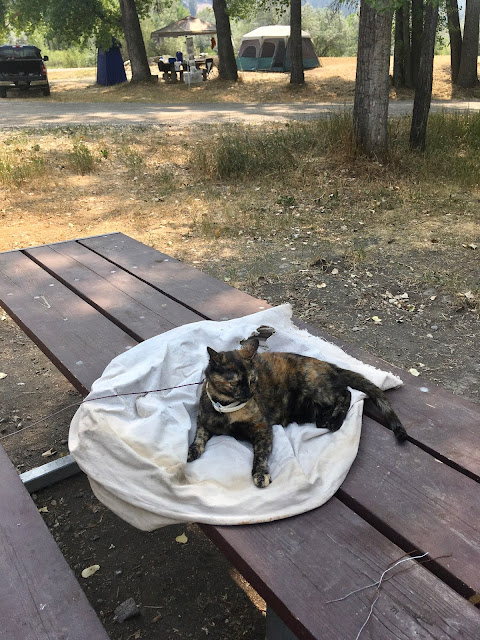 She wasn’t too happy the first half of the drive.  When we went over the Continental Divide she let me know about it.  She doesn’t like the change in air pressure and her ears must pop as does ours.  This has happened before at altitude changes.  It never bothered Sinbad, or at least he never complained about it. 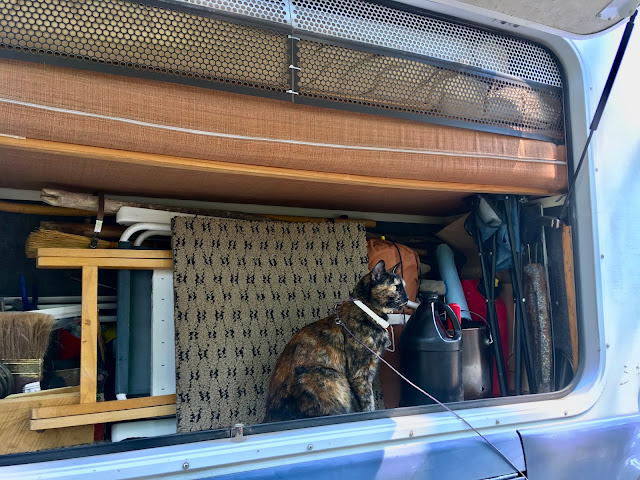 Backpackers sometimes use bivy sacks as an alternative to a tent to cut backpack weight. But the camper in your pic has a chair, so there is that to add back in. I agree that a pup tent would be much more comfortable.

I'm claustrophobic so that "tent" wouldn't work for me at all! Poor kitty's ears, but she looks very content in the photos.