I stopped on the way out to top off the water tank and this guy was at the dump station wallowing around in the dirt.  He moved off a way when I pulled in. 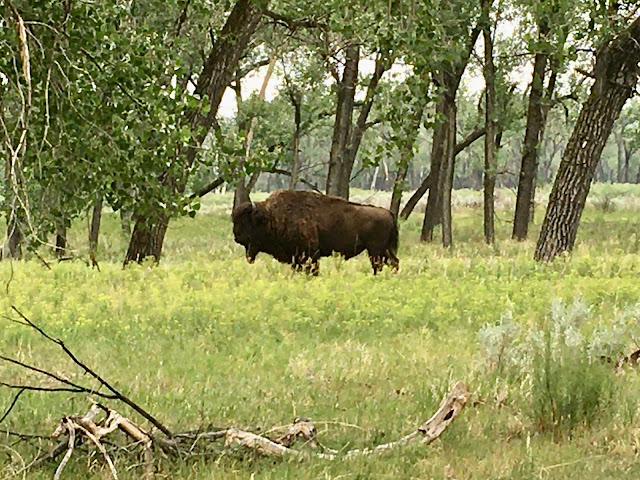 Just waiting for you to move on so I can get back to my wallowing. 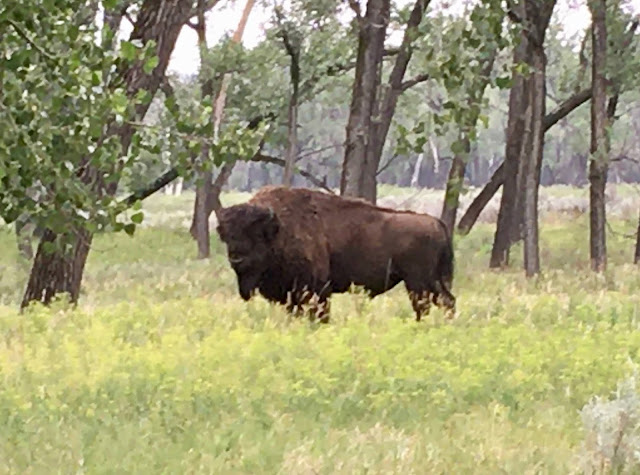 Some of the scenery in the park which I’m sure would be more impressive had the sun been out. 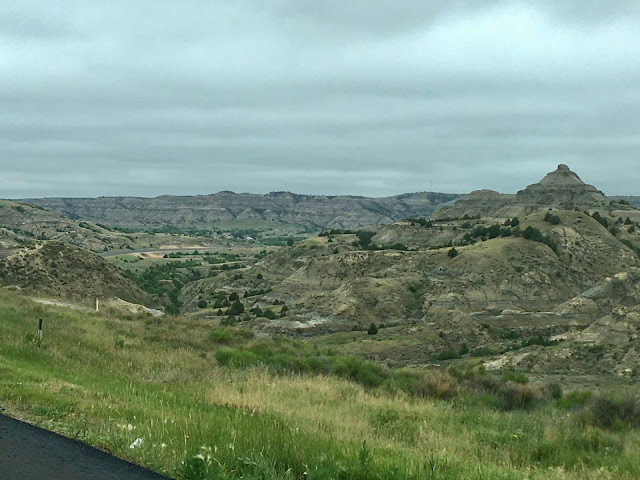 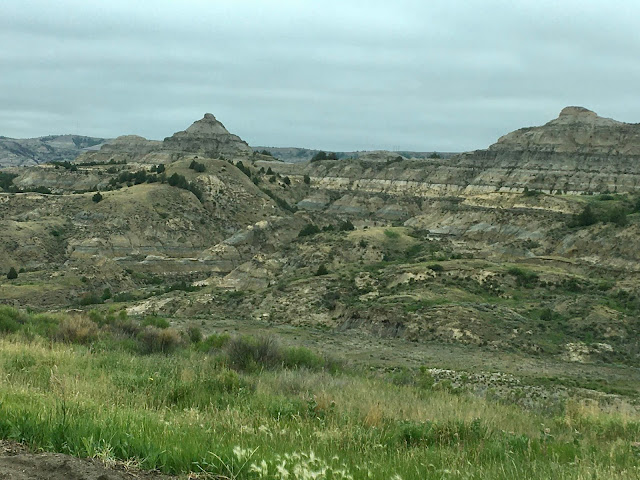 All in all we had a nice stay.  Maybe someday my trail will take us by the southern part of Theodore Roosevelt National Park.
This is from back when we were at Picnic Spring.  I went for a hike before getting sick and had walked on over to look at the water tanks for the cattle grazing in the area. 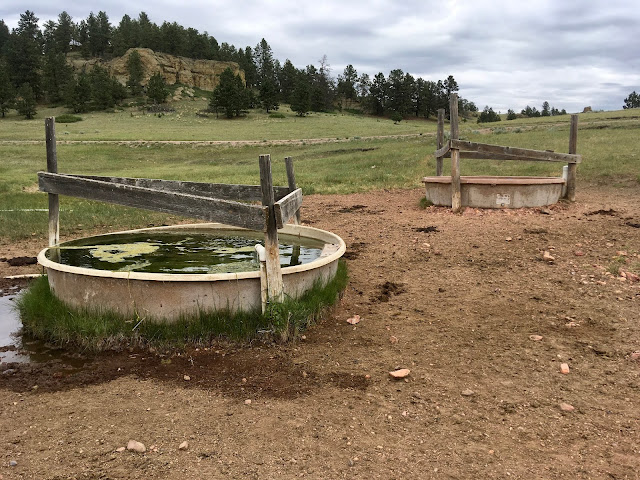 Floating in the water were two bats, one of which had by now decomposed down to just the skeleton.
I found it very interesting and thought it would make a nice addition to my collection of bones.
My guess is they crashed into one of those crossboards? But their sonar is supposed to be so good that would not happen.  Any ideas? 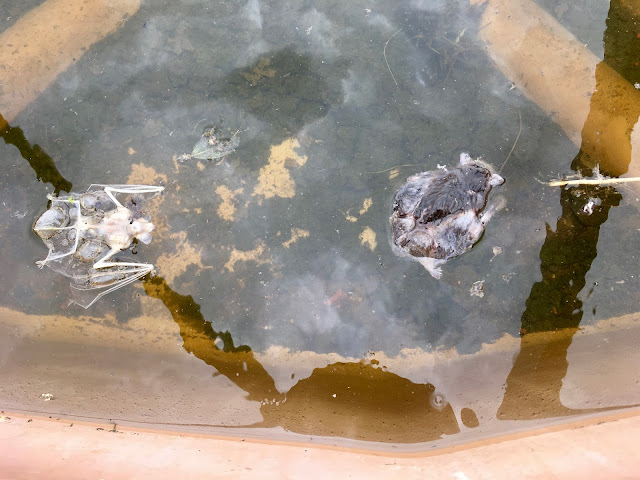 That's interesting. May be just getting a drink of water and they fell in? Or going after insects on the water surface? I wonder why they need those crossboards?