No “Rest in Peace” Here 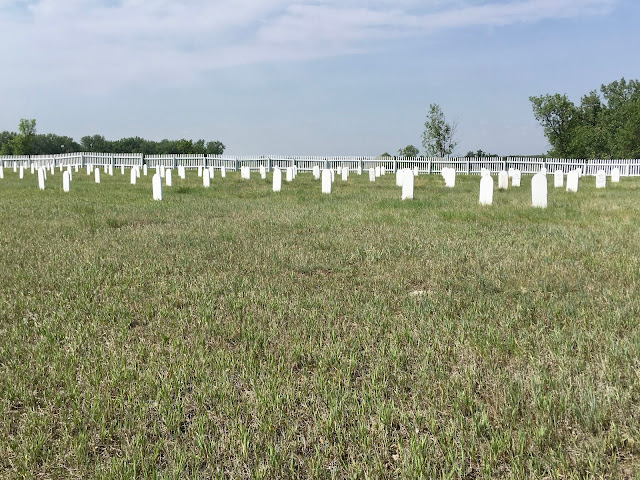 Why couldn’t they just leave these poor souls where they were? 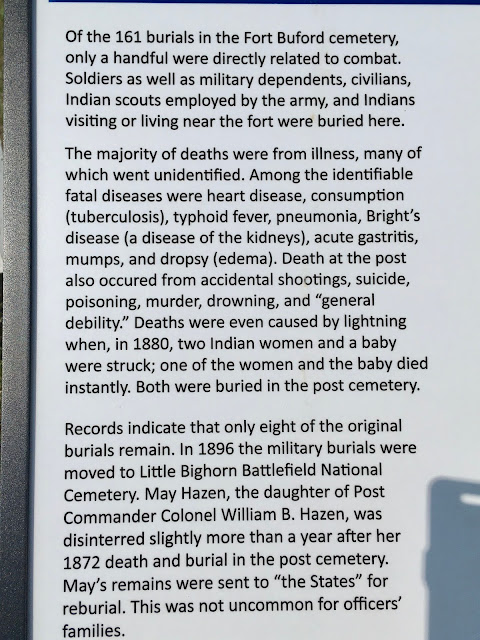 Like the buildings at Fort Buford, the grave markers were all recreations. 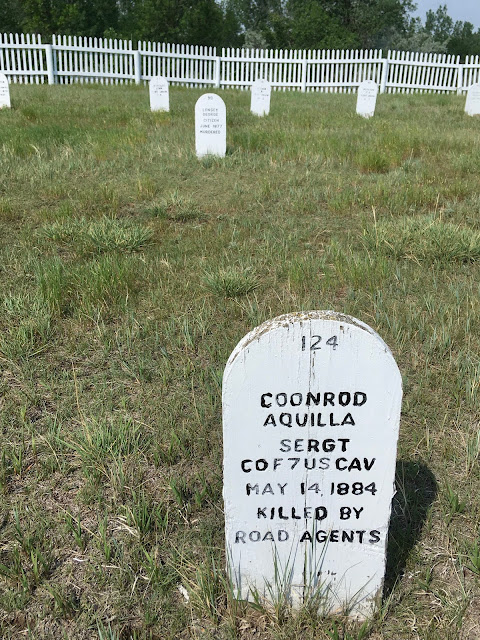 Well his death is understandable.
Along with the few suicides, I could see the flies, mosquitos and stinging red ants
here driving one to such desperation. 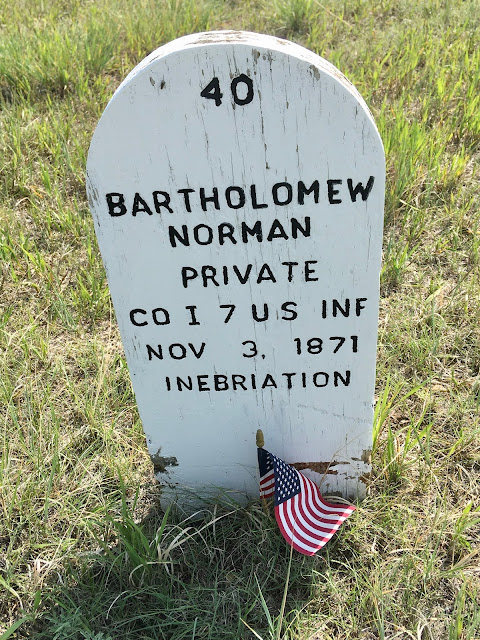 Well, that was unfortunate. 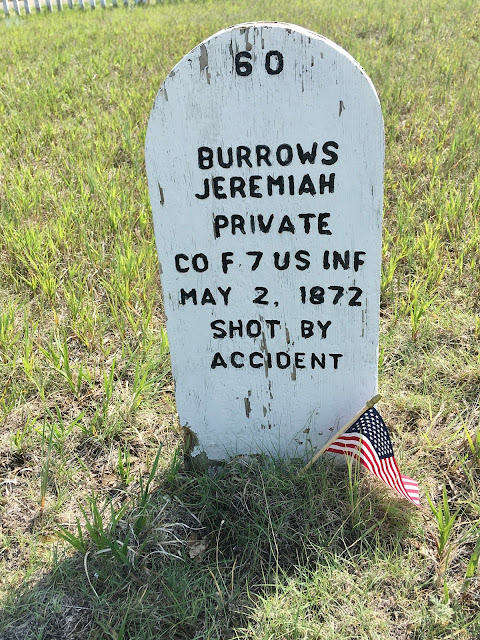 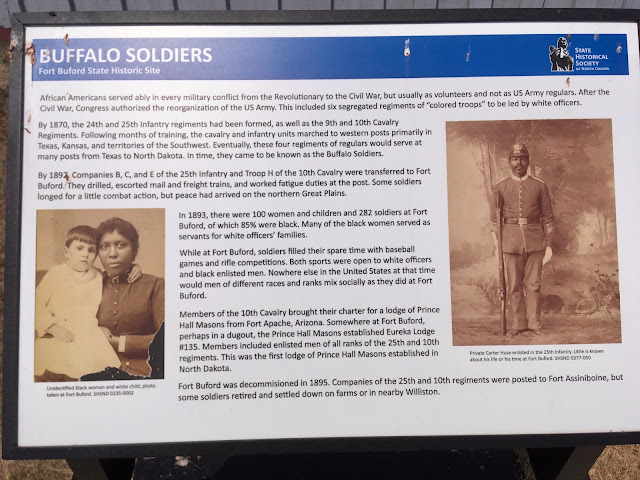 Nearby was probably the finest metal art rendition of a horse I had ever seen. 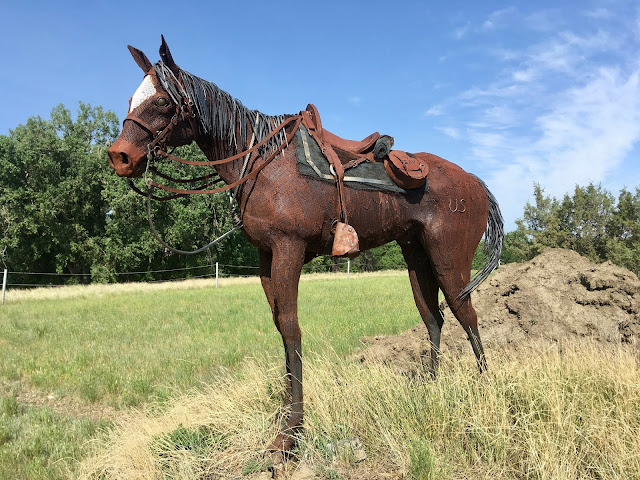 The riderless horse was done in commemoration of the buffalo soldiers. 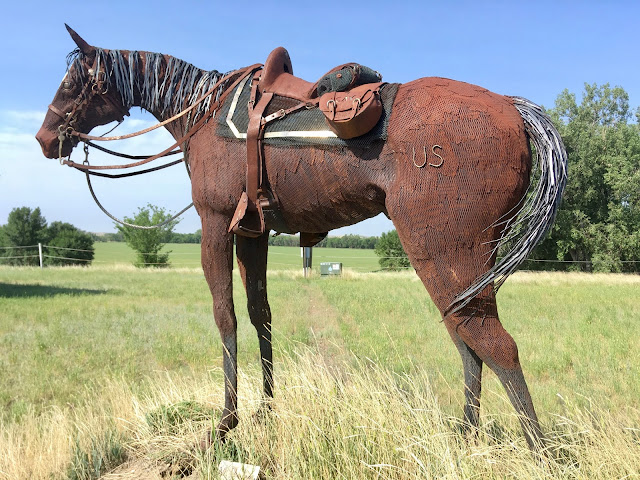 This covered wagon seemed a bit smaller than those of the conestoga wagons the pioneers used to immigrant west.  I suspect it was primarily used by the army to transfer supplies and usually manned by the buffalo soldiers.  Nevertheless all I could imagine was how uncomfortable travel would be in this. 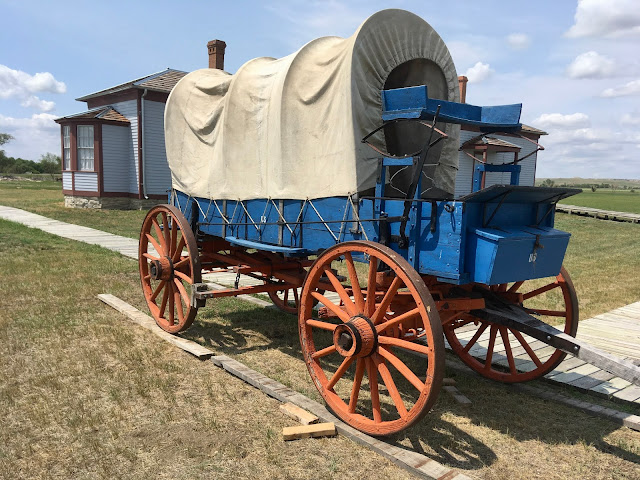 Wow! I think once a person is buried they should remain in that spot.

That is a beautiful horse, whoever made it was very talented.

I sure wouldn't want to travel in that covered wagon!