The Lake of Death

The Berkley open pit copper mine. 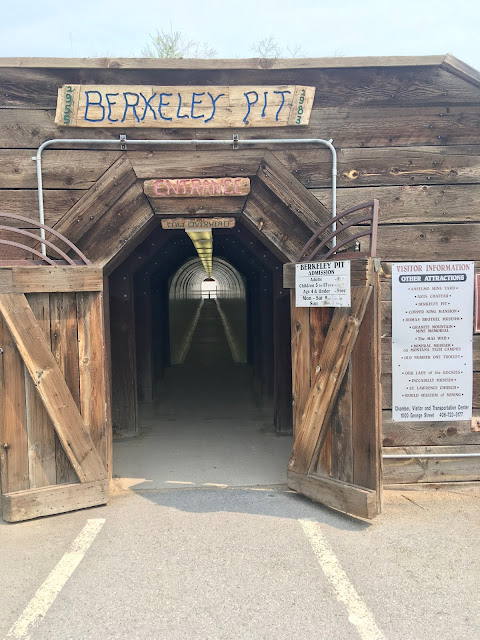 After paying a three dollar admission fee you get to walk though this tunnel to a viewing platform.
That was cool. 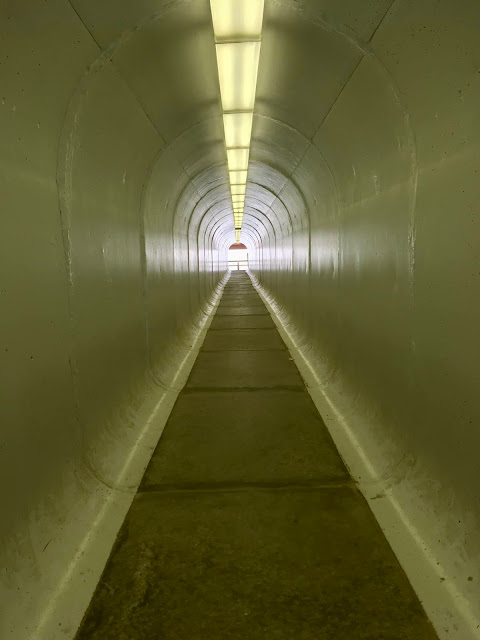 And there it is before you when you clear the tunnel.
The water is deeper than that of any of the Great Lakes.
Darn, and I went and left my swimsuit in the RV. 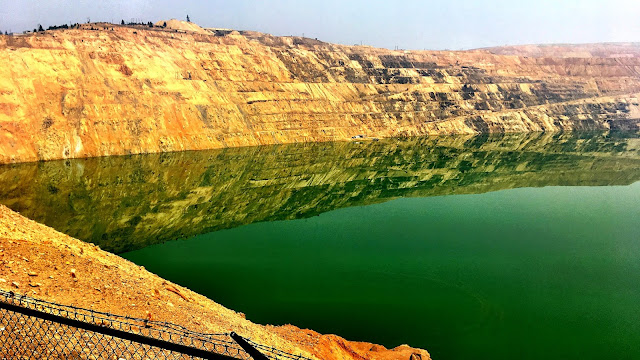 It didn’t look this nice as the entire area was socked in with a smokey haze from wildfires.
I used a different camera app and editing features which really helped a lot. 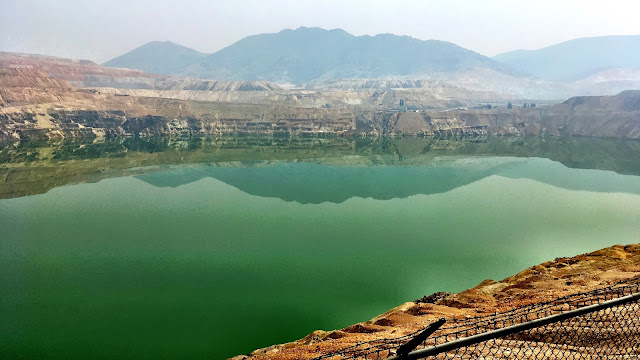 A few of the information signs if you care to read. 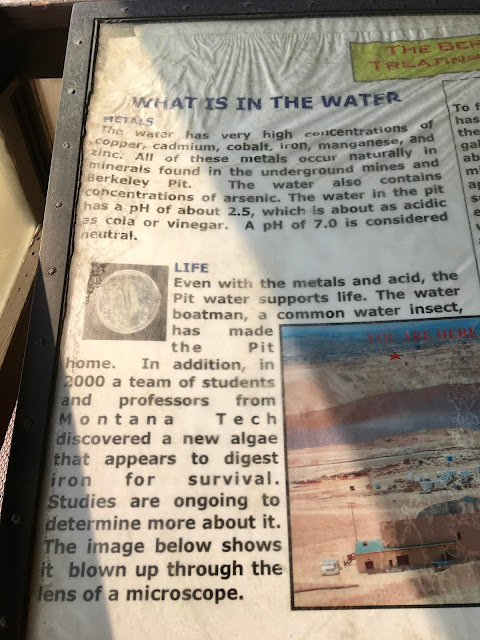 What this doesn’t state is that the water level is slowly rising even though the lake is literally eating its way down into the bedrock. 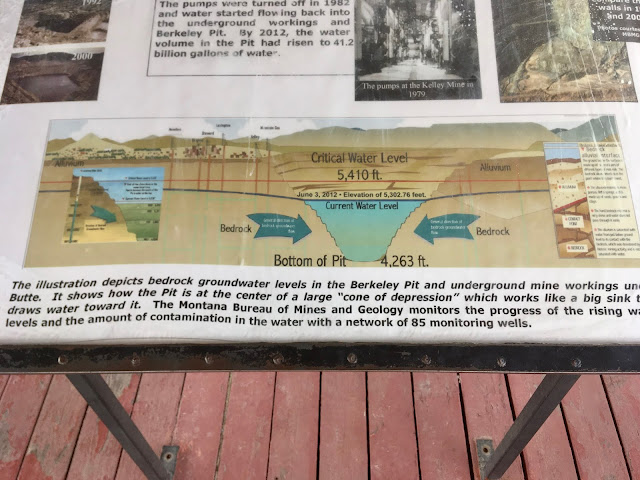 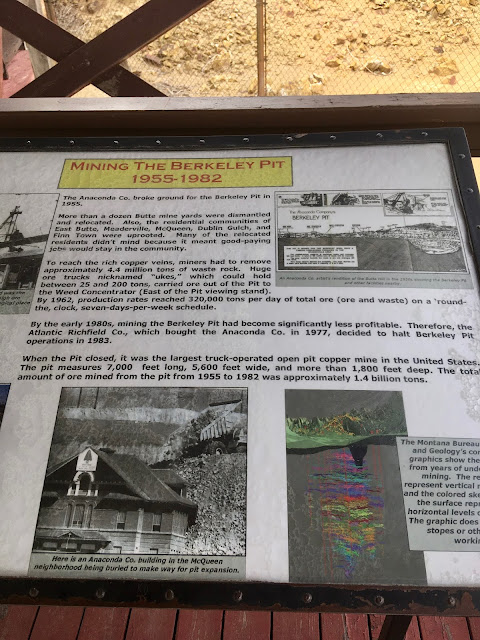 Also none of the information tells about how in 1995 three hundred snow geese landed on the lake and ultimately died.  This happened once again in November of 2016 when ten thousand geese made that same fatal mistake but not all died this time.
In the distance I could see mining trucks and such move about and there were these annoying electronic warning sounds going off occasionally.  I asked the girl about it as I left thinking I‘d hate to work around this equipment making these ear piercing sounds.  Turned out they were sounds including shotgun blasts emitted across the lake to keep the birds from landing on the toxic soup.
Well that’s nice and it works too she said.

Glad they figured a way to keep birds from landing in the soupy water. I'm surprised that the water level is rising, compared to all kinds of drought taking place elsewhere. Too bad this water can't be used for at least putting out fires!

Not somewhere I would want to go for a swim then

Three hundred and then 10,000 snow geese landed on the lake and most of them died? So sad! So happy they found something that is keeping the birds away.