There are twelve sites at this campground.  This guy was in number ten.  I called him the homesteader. 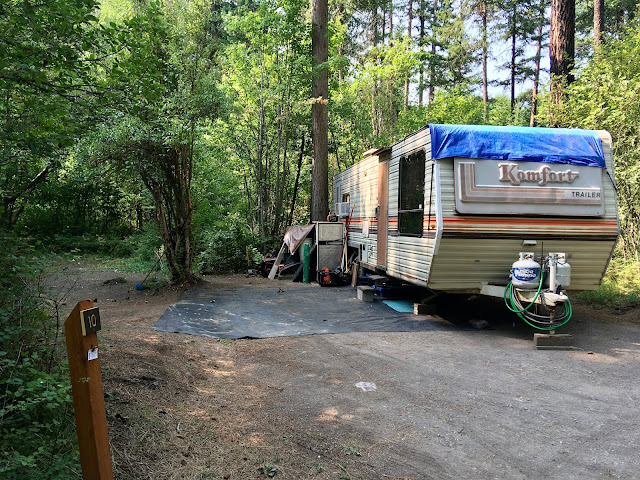 I never saw him all the time we were there.  I talked with the lady who emptied the trash cans.  She said they have been chasing him around the national forest everywhere.  You can only stay 45 days in a particular national forest and then have to leave.  Each campground itself has a limit of 14 days.
As you can see, a few things are missing between the two pictures so he must be fixing to move. 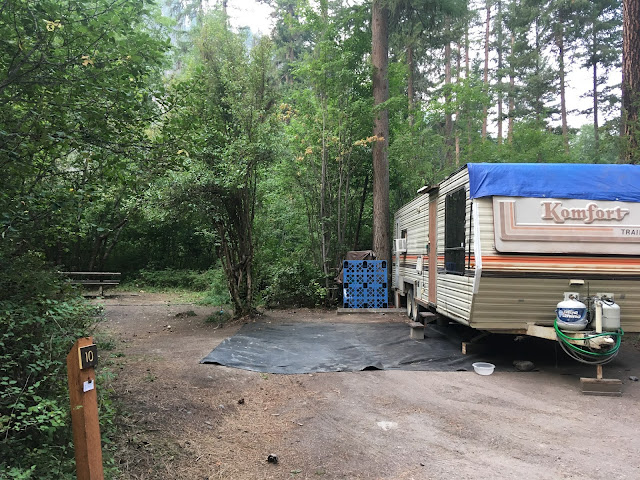 This is spot number six where we spent our first night. 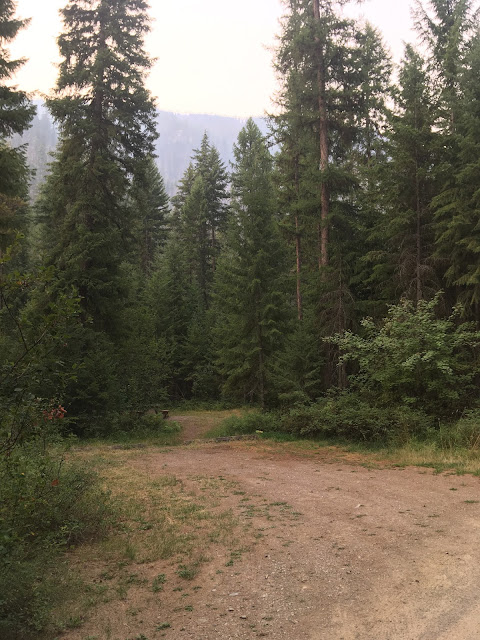 Nine o’clock that night these nimrods backed this trailer into the site next to us.  There’s 12 sites, 10 are vacant and you have to be right next to us?!  I was mad and left the next morning to that site shown in the first post from Trout Creek.  The entire time were were there they never came back.  We could have stayed put.  But it was okay as I found we would be in the sun too much late in the day and our new spot was more shaded.  So thank you, nimrods.
Oh, and they never paid to park the trailer there either. 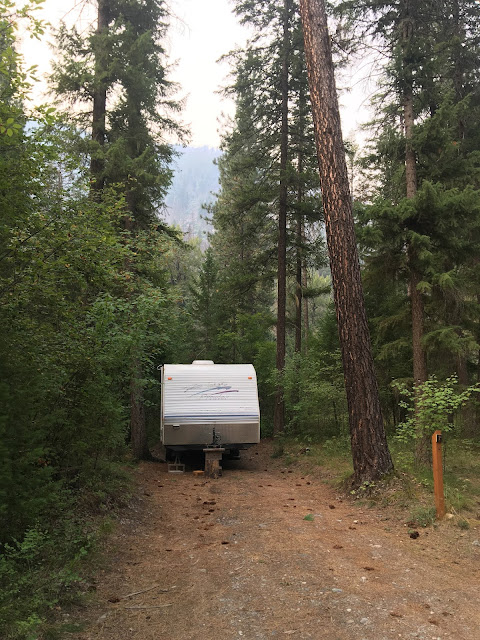 This is the camp host site.  It looked like it hadn’t had a host in a year.  The trash lady told me it has been six years.  They cannot get anyone to host.  Besides no cell service, there is no water or septic.
There is a propane tank so it has that going for it. 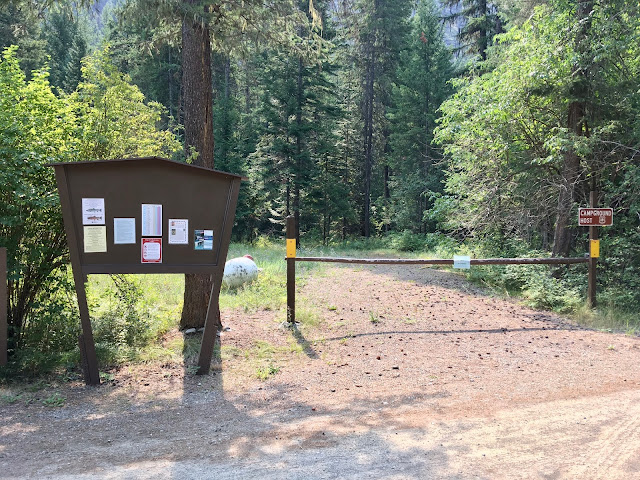 Why no water?  There seems to an “issue” with the spring that feeds the campground.  The forest service has it down on their to-do list but you know how that goes.
Things get accomplished at government speed. 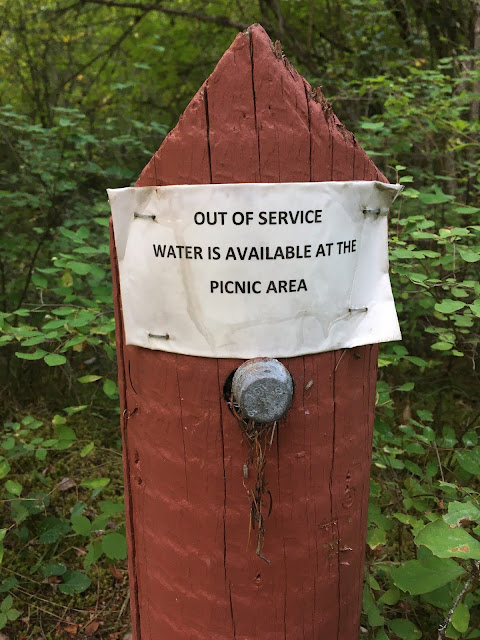 The water at the picnic area.
Well so much for that opportunity. 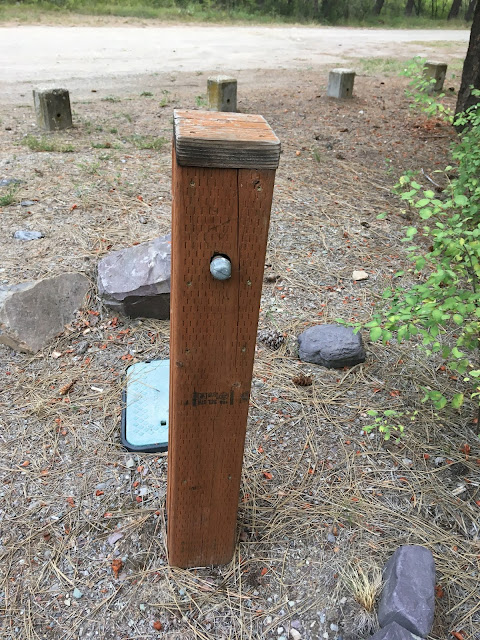 The federal public lands maintenance backlog is around $20 billion and continually growing, so when things break down they're probably going to stay that way awhile.

Six years? Wow! Looks like a nice place to spend a few days if you want to go get water at the picnic area whenever you need to. For me, staying 45 days or even 14 would be too long. I'd like to stay at as many different places as I could in the time I had, and write down my favorites.

Stay that way for awhile?.The NFS let Thousand Trails etc. take over our campgrounds.
They just sit back and rake in the $$$, no improvements very little maintenance.
The North Cascade campgrounds have closed the dump stations, the same with Lake Kachess and Lake CleElum..Where are the folks in up to 200 campsites going to dump their Poo & Pee?..Ya, the woods..Makes me very sad & mad...
I'll stop now, but Geez-Louise!!!!..(:+(......