Taming of the Shrew

Game has been pretty sparse here at North Shore but one morning Beans finally got a baby mouse out from the grasses at camp. 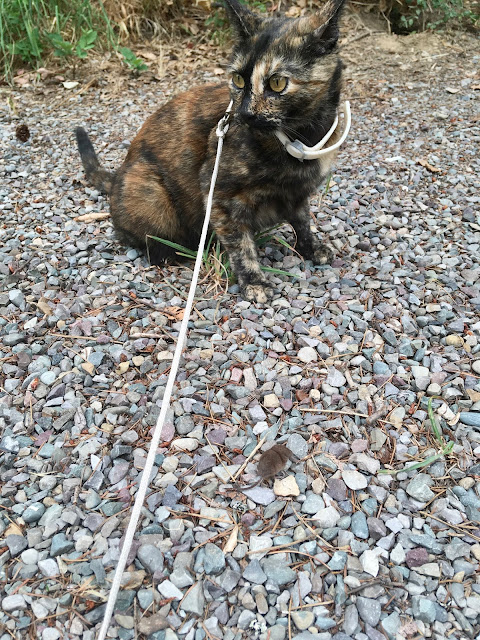 Then she promptly lost it between the rear tires as she has so many other rodents and lizards. 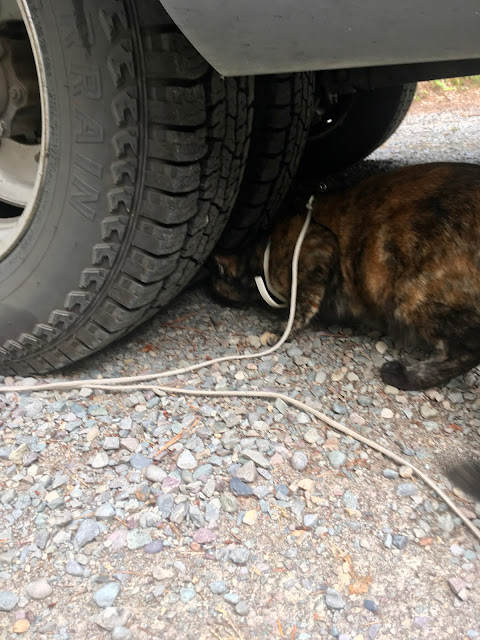 It came out and the game was on once again.
It was then I noticed that it did not look like a baby mouse. 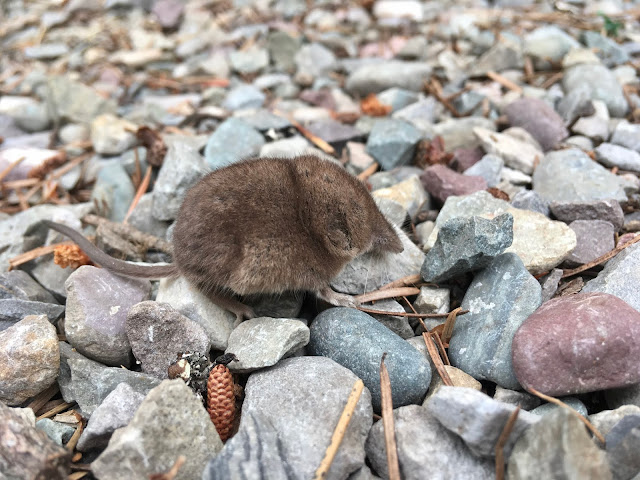 But now it was too late to rescue it from her antics.
Dad, it doesn’t want to play anymore. 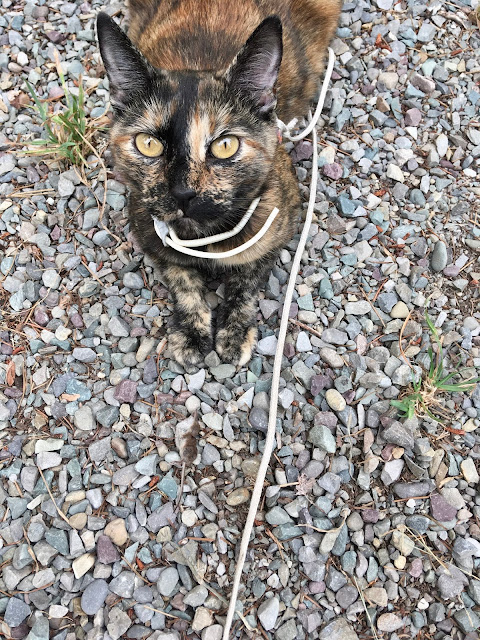 I felt bad but what was done was done.  Mice are expendable but not a shrew.
She has never intentionally killed anything.
Just sometimes they don’t survive the torment before escaping.
Well it didn’t die for nothing; she played with it for a long time afterwards 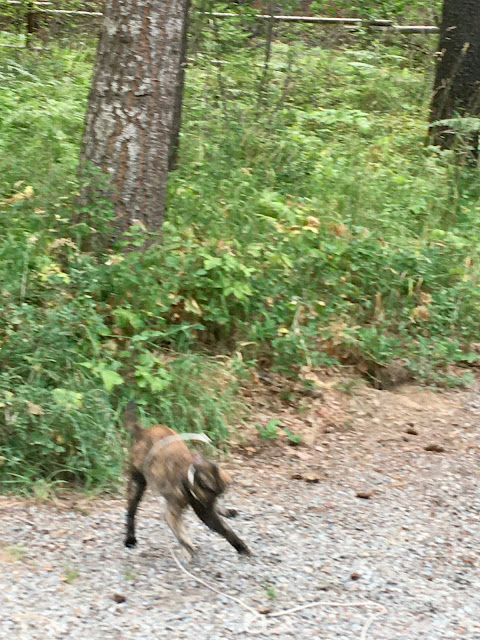 ...tossing it up in the air and pouncing on it. 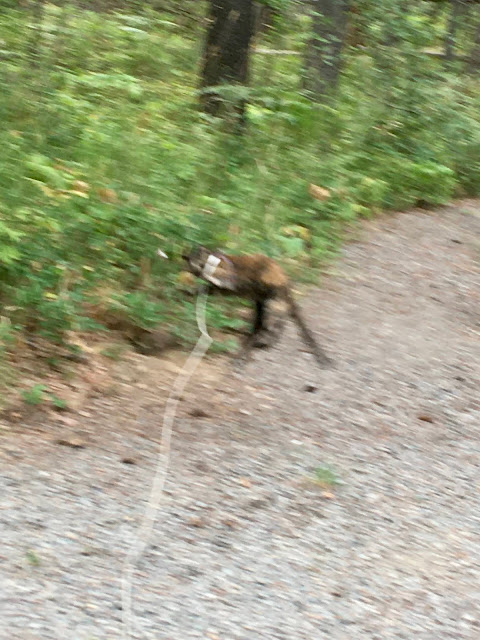 When done playing she brought it home, and now I cannot find it. 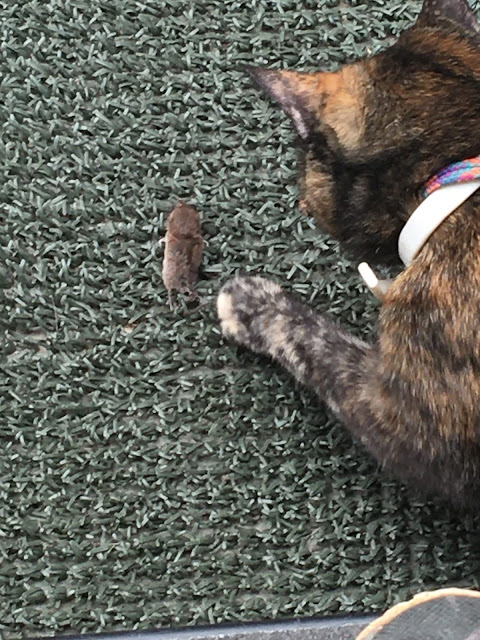 It is a long tailed shrew but they live only in the northeast part of the U.S. and Canada.
So what shrew exactly it is I don’t know. 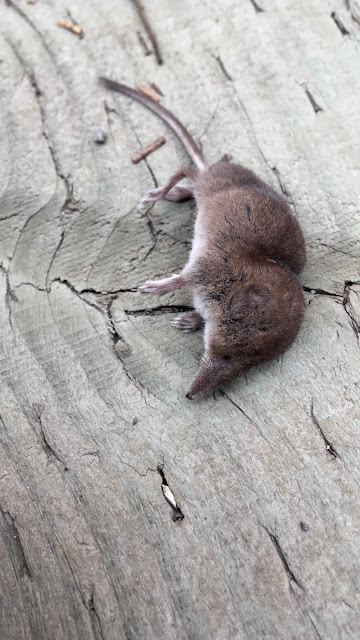