A comment was left on an earlier post about this looked like a nice campground (thank you Vicki) and it has turned out to be just that.  My first impression was that it would be like an homeless encampment like I’ve seen elsewhere, but doesn’t seem to be the case. There are a couple or so trailers here but their owners are never around.  Only these two and a guy in an old RV over where we first started out are the only ones here active and because of that it is very peaceful and quiet.

The large fifth wheel trailer and truck is in the spot designated as “camp host”.  It is a solo lady who looks to be as ancient as I am.  She has Idaho plates but also a sticker on the side from last years stay at a BLM long term winter stay in Arizona, like we do.  At any rate, her camp host duties are zero.  She stays inside her trailer most of the time.  The guy in the SUV is a thirty-something guy living out of his car.  He too has Idaho plates and the two visit occasionally. 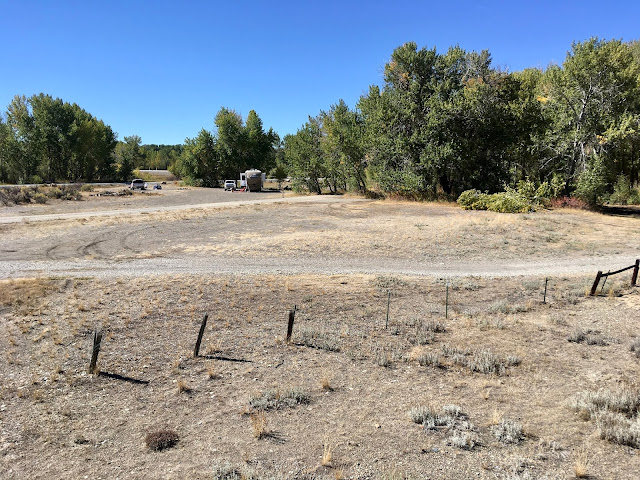 I took these pictures while up top on the roof fixing the water leak.
Off to the left you can just make out the other RV.  We were first over there near him.  He has a pit bull dog which was a bit unnerving to have so close by.  At least he was on the other side of a wire fence from us and the owner had the beast on a rope. It didn’t bark at me but it sure eyed me with some serious intent.  I was glad to leave them behind when we moved. 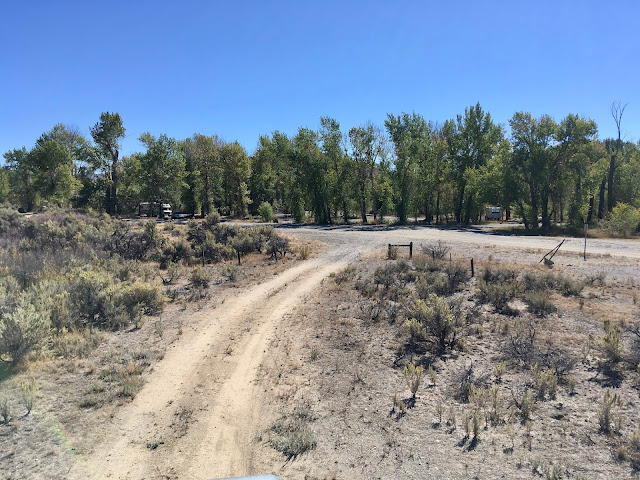 On the other side is a densely treed area to camp in with numerous spots most of which never get any sun.
Some like this but I need the sun for the solar panels and be warm.
It looks heavily used in there but no one is in there presently. 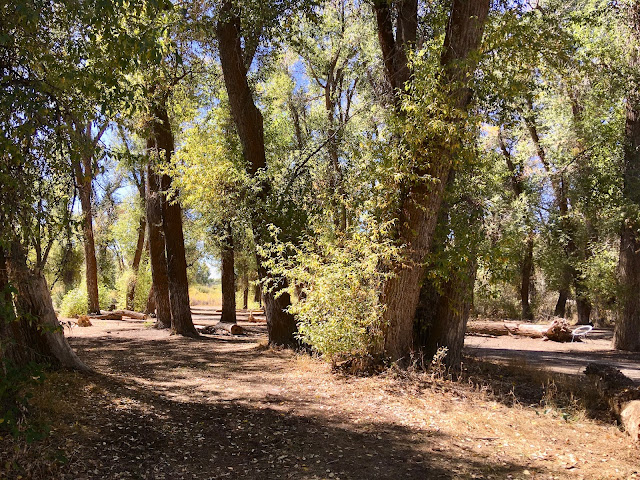 There are two long drops in the campground.  That is the only improvement.  There is no water, not even picnic tables.  It is pure boondocking camping.  In fact the camp host doesn’t even have to maintain the pit toilets.  One day an Idaho Land personnel person came by and serviced the toilets. 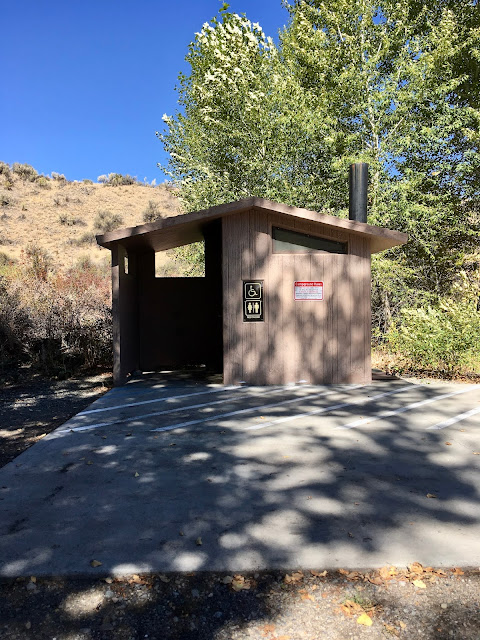 The most impressive thing about this campground is how clean it is.  Usually this type of campground where it is free and has no amenities is heavily abused and littered.
What a nice fungi. 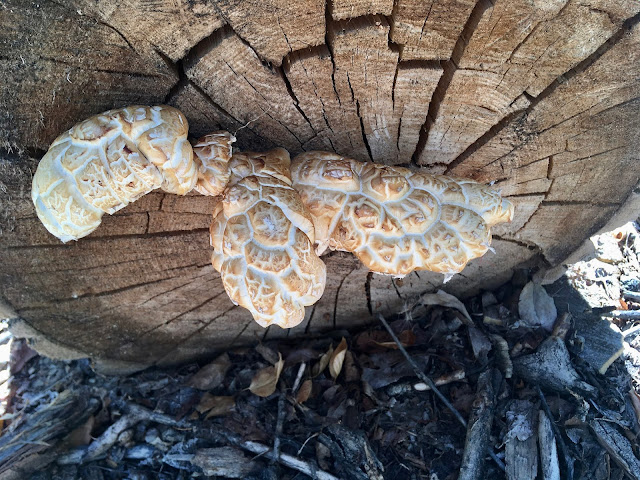 In spite of all the available spots to camp here, after touring about one late afternoon these people just had to stop and stay right behind us.  Why?  Why must people do this to us?!!
They left early on the morning.
Sorry, I just have to grumble at this type of behavior all the time. 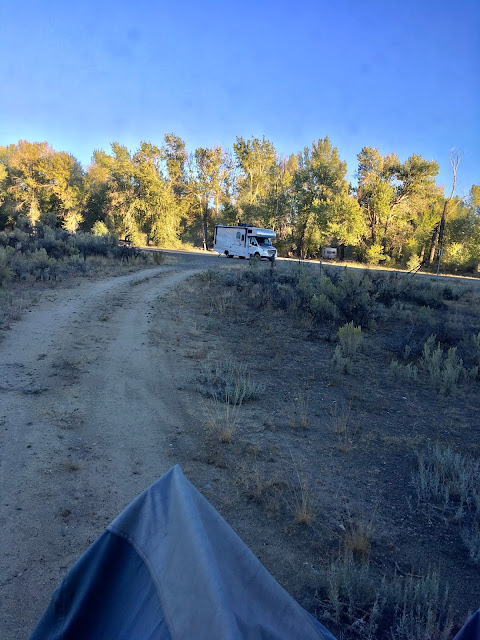 Okay there is one bad thing...the flies.  There is a good crop of them and they are annoying in getting inside every time I open the door.  Pesky things they are.

My son and daughter in law had 2 pit bulls when they had their 2 kids. When they were babies I was so worried that the dogs would hurt them. But they never did. In fact they were some of the most gentle dogs I've ever known. I think it depends on how their owners treat them. Some people train them to be mean.

I do not like flies. At all. Especially around food!