Next to where we are camped is a fish diverter.  I took Beans out for a late afternoon walk.  I usually let her lead the way and choose the route.  This time we went by the diverter. 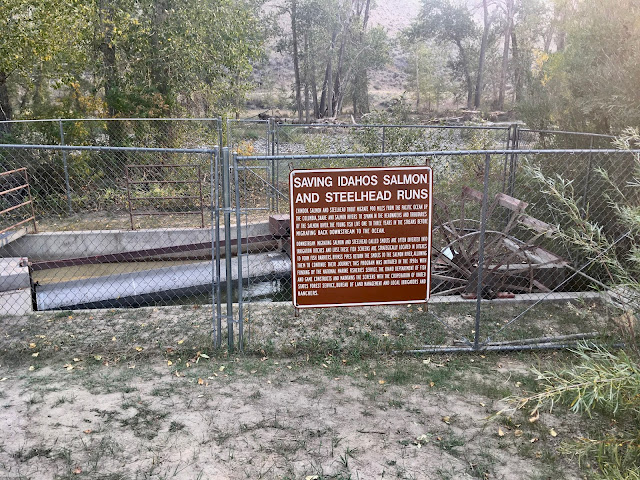 Then continued over to the boat ramp and down to the river. 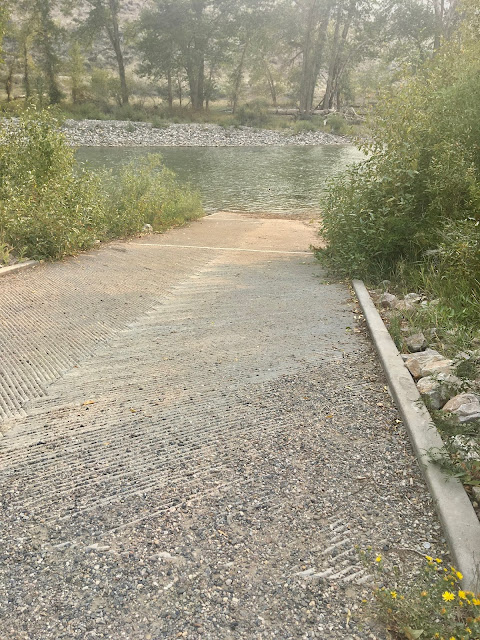 She turned and walked along the water’s edge.
That water pipe is the outlet for the diverter. 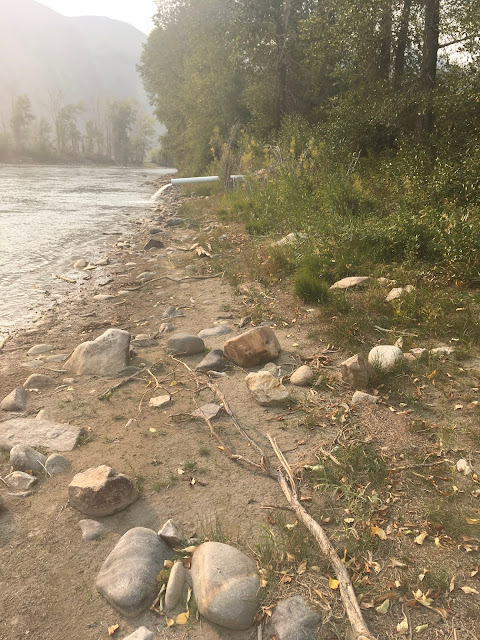 Then up the rocks... 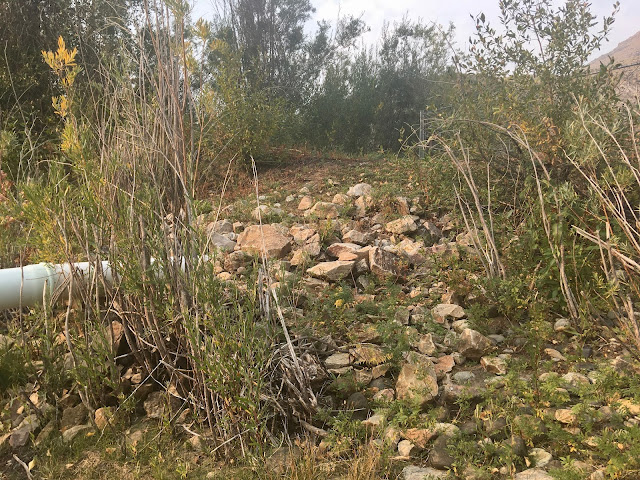 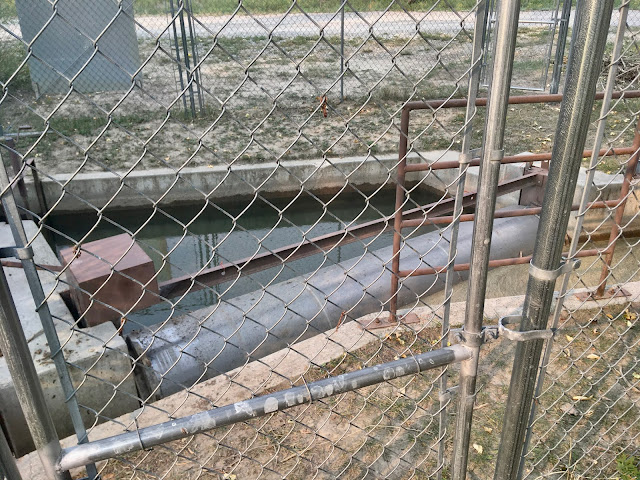 She went to cross over walking onto one of the paddles of the wheel and the wheel began to rotate.
She stepped back and off.  “No, don’t go walking on that.” 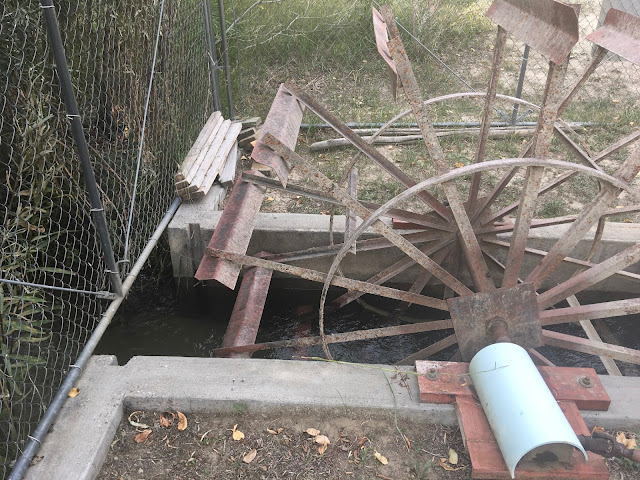 She was walking along the cement and stopped on the edge.  I thought she would jump across or follow the cement.  Instead she jumped down thinking that was a solid surface not knowing it was water with a scum of algae covering it.  I jerked up on her leash which kept her from going all the way in.  She scrambled out and only the back half of her was soaked.  Poor thing.  Naturally I didn’t have my phone with me so no photo.  I had gone back later to get these pictures. 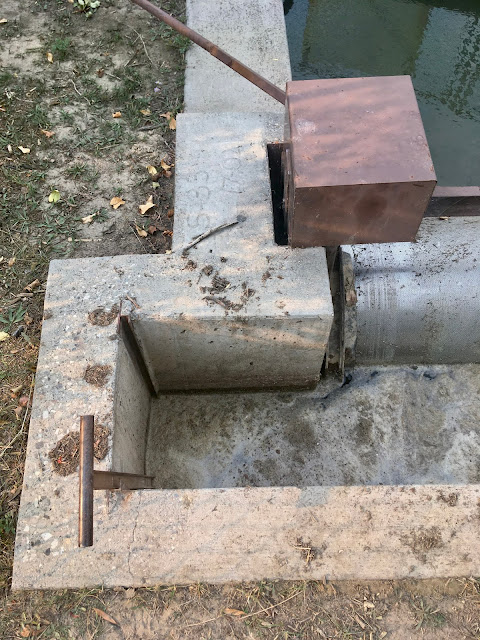 I carried a wet cat half the way back so my shirt soaked up a lot of the water.
What the hell just happened? 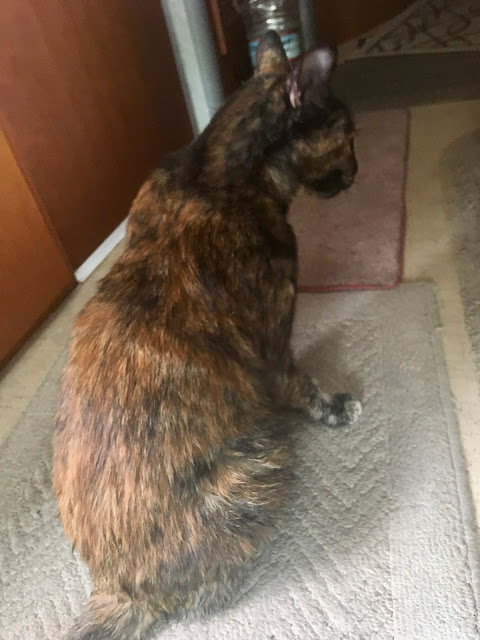 I was going to dry her off but my shirt did most of it already and best I just leave her to it on her own. 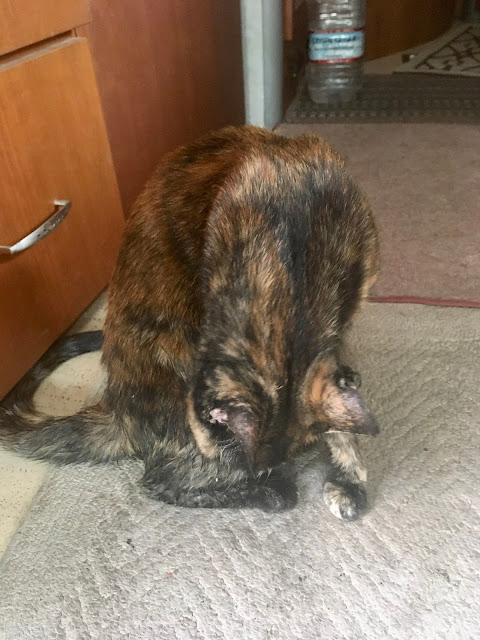 Oh yeah, take pictures.  You’re gonna put this on the blog aren’t you? 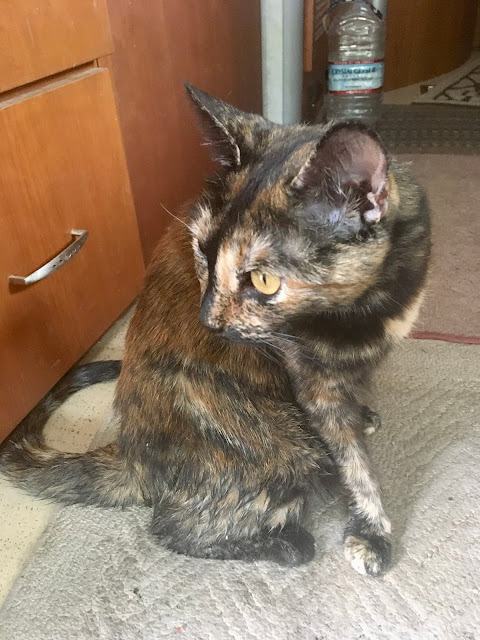 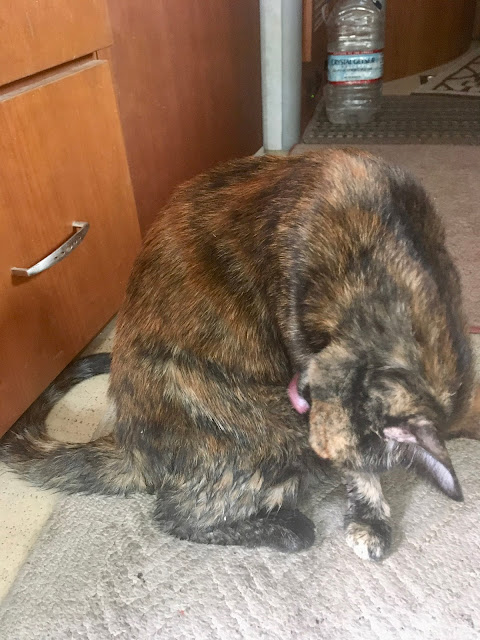 When she finished I brushed her and all was well. 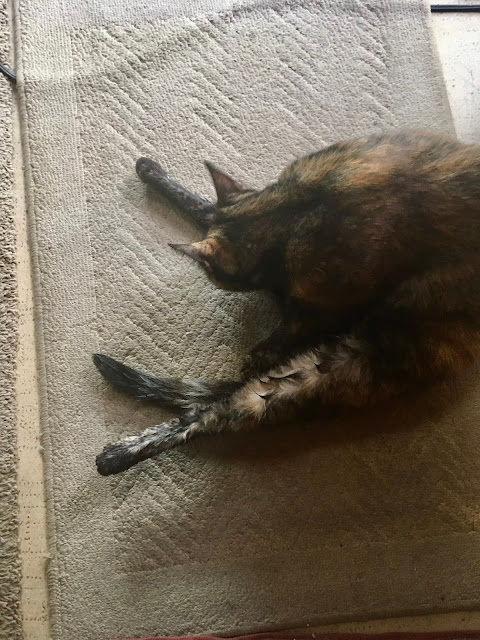 Poor baby...glad you kept her from going all the way in! Bet that algae will help her digestion tho! That was a strange gadget. I guess you figured out how it works.

Ya, typical of a cat though I remember a kitten I had fall in a toilet but at least the water had been flushed at the time

Poor Beans! I bet she won't do that again, or maybe she will :)

Glad you saved her from going completely in!