When we first pulled in to Stanton Crossing campground my first thought was well maybe we will stay a couple three days.  Well we stayed a whole week.  It was that nice even if there wasn’t much to do or explore.  I was running low on drinking water so we had to eventually move on.

I did talk to the campground host lady on the way out.  I commented to her how nice and quiet it was with so few staying.  She said it gets packed during hunting season which I guess is coming up soon. 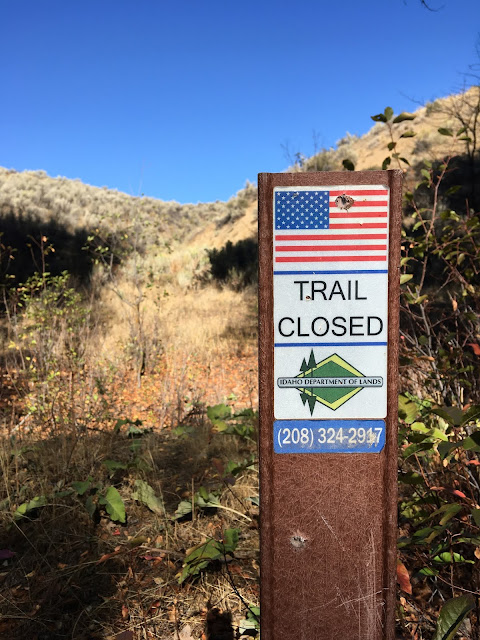 I stopped at the rest area at the junction of highways 20 and 75 to get rid of trash.  I got into reading the informative signs some of which told the story of the early wagon trains coming through this area in the mid 1800’s.  It said it took them five months traveling at twelve miles a day to cross “the great American desert”.  Most everyone walked alongside the wagon except for the very young, the elderly and the sick.  The area isn’t a desert in the sense as you think like where we go for the winter in Arizona.  It is actually the Great Basin, a vast ocean of sagebrush for the most part. I don’t think they were referring to the grassy plains before the sagebrush land as part of the “desert”.  Those plains would be much easier to pass through than that of fighting their way through the sage.
Tough folk they were.  We of nowadays wouldn’t survive the ordeal.