Bayhorse campground proved to be a good choice for being at in the week leading up to the Labor Day holiday weekend.  At the most there were only six other campers here and they always left the following morning.  Only these two stayed for the four days of the weekend. 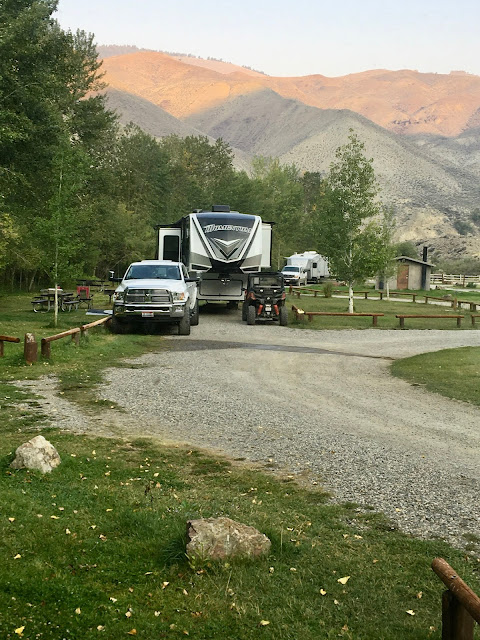 My closest neighbors were good neighbors.  They were quiet and if they ran a generator I didn’t hear it.  About the only bad thing was the woman was very attractive.  She looked like Gwyneth Paltrow the actress.  I really didn’t need that distraction.  But they had all the toys (ATV, kayak, paddleboards) so would be gone for most of the day.  They had a little long-haired dog (Beans was probably bigger) and the dog never yapped once.  It would just follow the woman around everywhere she went.
Well, so would I. 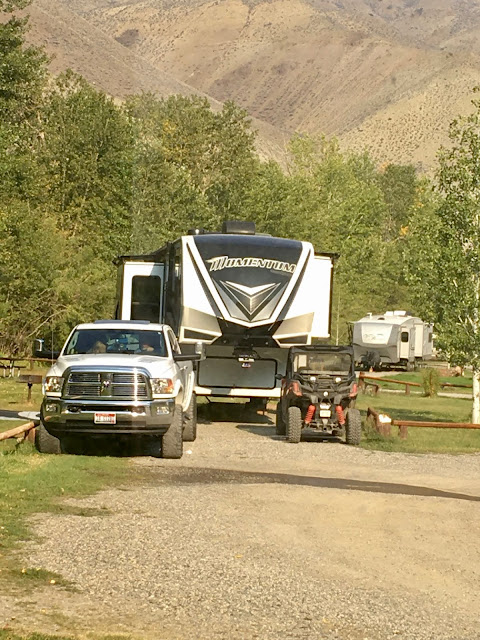 Dad, I am so bored here.  Can’t we go someplace else.
Poor Beans had nothing to chase here.  Not even a grasshopper.
All she had to look at were the black-billed magpies, a constant tease. 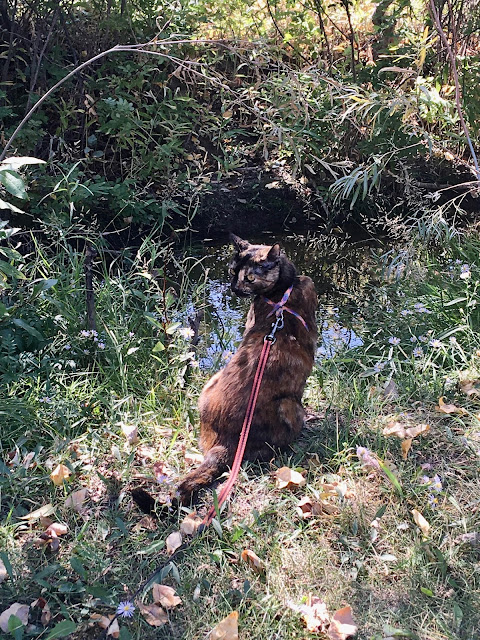 Glad you had some quiet at this camp!