Nearby the carwash is Ketchum Cemetery.

The writer Ernest Hemingway lived in Ketchum.  He ended his life here too. 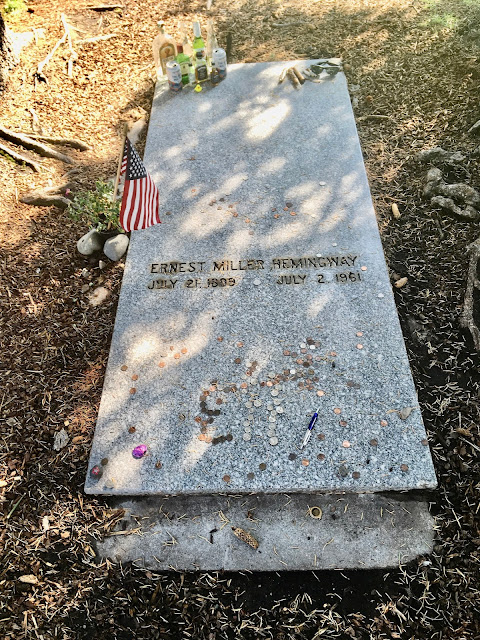 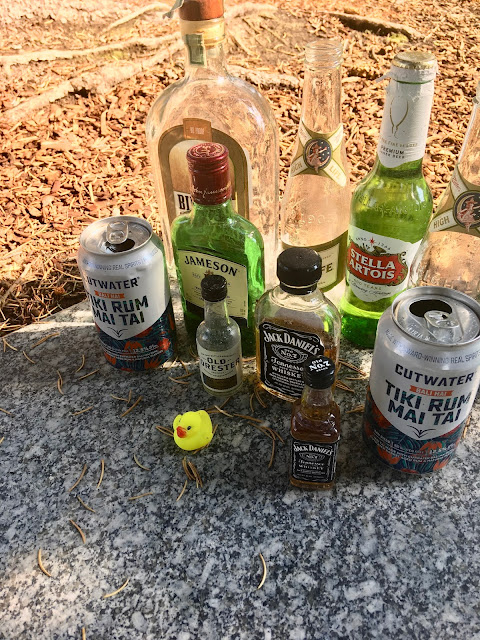 ...cigars, cigarettes  and some loose change on the slab.
I would have left a John Steinbeck book for him if I had one with me.
The two did meet once and it didn’t go too well with Hemingway being a bit antagonistic.
Steinbeck admired Hemingway but with Steinbeck’s recent success of the recently published Grapes of Wrath and it having been made into a movie, Hemingway felt threatened by Steinbeck. 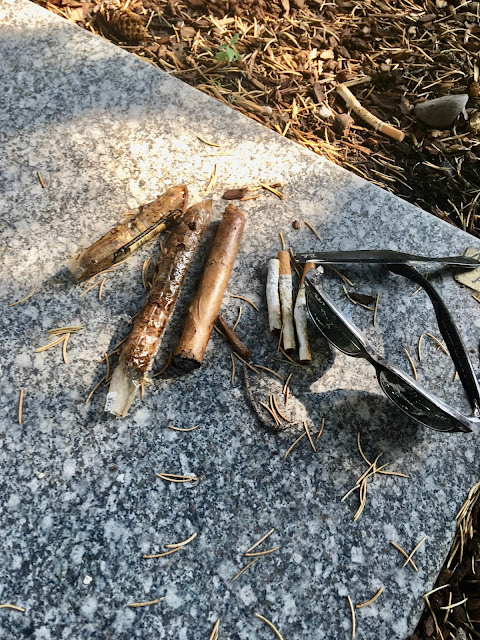 Next to him is his fourth wife Mary.
All she had was some dried withered flowers in a pot, a rock and a few pennies. 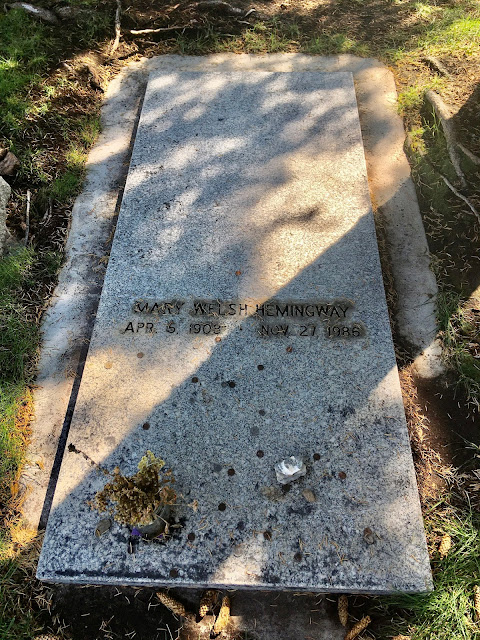 Down a few markers is Margot, his granddaughter who too took her own life.
She was a model and actress, sister of Mariel who also is an actress and still alive.
There have been five suicides within four generations of Hemingways. 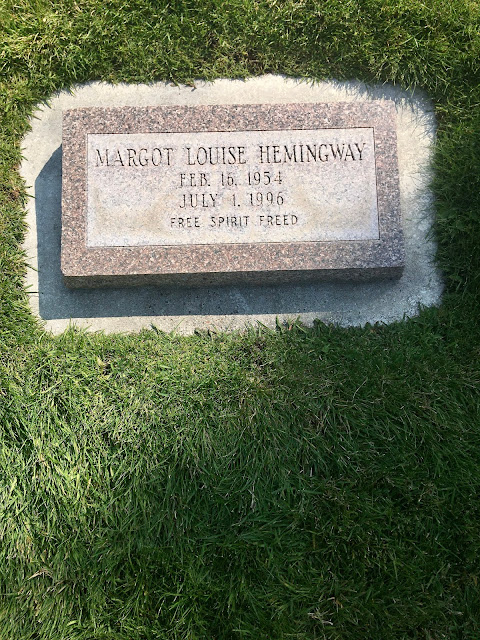 So sad. And people leave alcohol as a commemoration. Lord...

Interesting to now be older than a guy who I always thought of as an old man!

He was a heavy drinker, that's why.

He sure did know how to write very good books, and I love that he loved cats!