After leaving Cottonwood Campground, fifteen miles further we reached the small town of Challis (pop. 1088) which is the biggest town in these parts.  I resupplied in town (picked up three books at the thrift store!) then moved on.  Ten miles out of town was this site where I pulled in to eat lunch.  I realized the three day holiday weekend (Labor Day) was coming up in a week.  These are always an issue for me.  I need to be in a place to escape the mayhem.  I thought about it while eating.  The campgrounds along the way ahead are remote and everything unknown for 120 miles. 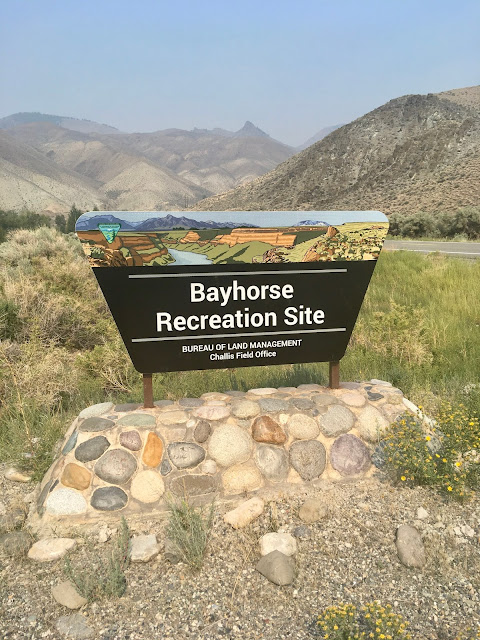 This place had only eleven sites and no one there.  I talked with the camp host and he said it usually doesn’t get much action.  I could see that.  There is no attraction here.  Nothing to do.  Why would people come?  It would only cost me $2.50 a day to stay.  Could we stay here for a week and not go nutz?
I decided to stay for two days and see.  I took a spot down there beyond that trailer, and of course those numbskulls come in two hours later and camp in the site right NEXT TO US!!  WHY?!
Why do people keep doing this to us? 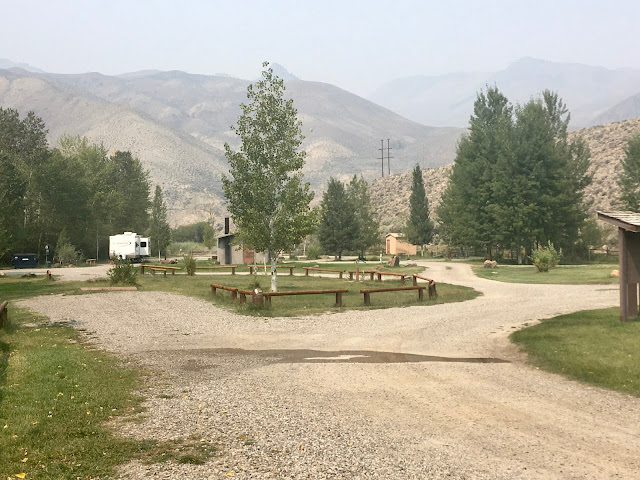 So we moved on down to the other end, number eleven.  I really should have done this originally and followed my own normal operating procedure.  Anyway, I am thinking this will be the plan.  Be safe here from the maddening crowds plus I only have to drive those ten miles back into town for whatever including cell service.  There are no services ahead of us for those 120 miles.
Notice all the smoke in those two photos.  It’s kind of bad here. 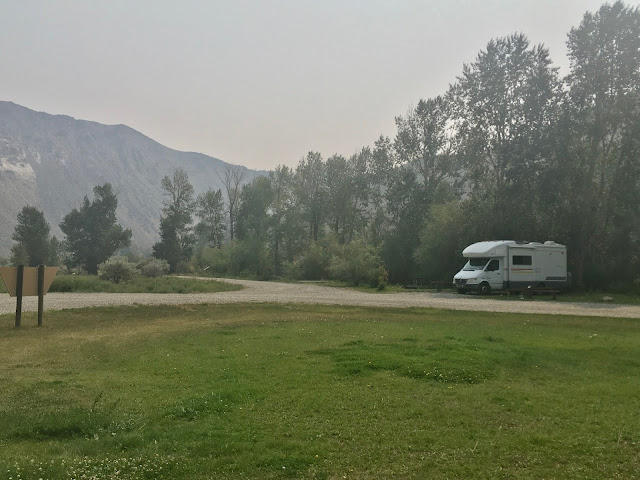 This is the camp host’s site.  It is their first year here but have been hosting at various campgrounds since 1994.  I just could not do that.  Besides the people factor, I’d just go bonkers being in one place for so long. Too much of the nomad spirit in me I guess.
Beans is bored here.  There is nothing to hunt, nothing to chase.
Her tortitude is acting up.
We’re gonna do the best we can until Sept. 6.
(this was composed on Sept 1) 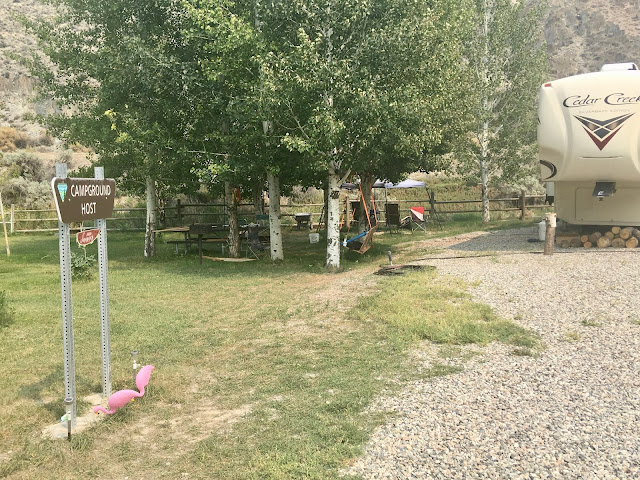 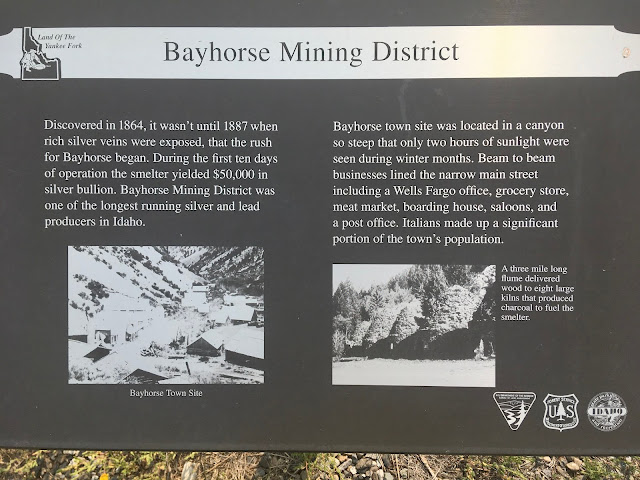