We’ve been at Sun Valley three times now and each visit I rode up to the top of Trail Creek Summit.  It is about a six and a half mile long road (from camp), half paved and half rocky dirt.
The first time was back in 2017 when I had the little 50cc Motoped bike.  It made it but I had to help it along by peddling.  But boy was it ever fun coming back down real fast. 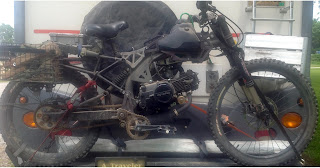 In 2019 I now had the Honda 90cc motorcycle and it made the ascent without any assistance.
Slow but surely we made it.  This time I coasted back down slowly riding along the edge stopping here and there to look down into the canyon all along the way. 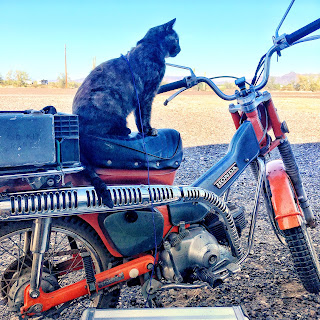 This year I rode up again, just because.  They have since installed new gates with signs at the point where the asphalt meets the dirt.  The road is blocked by snow and there is no going over the pass and down the other side until the end of the month of May. 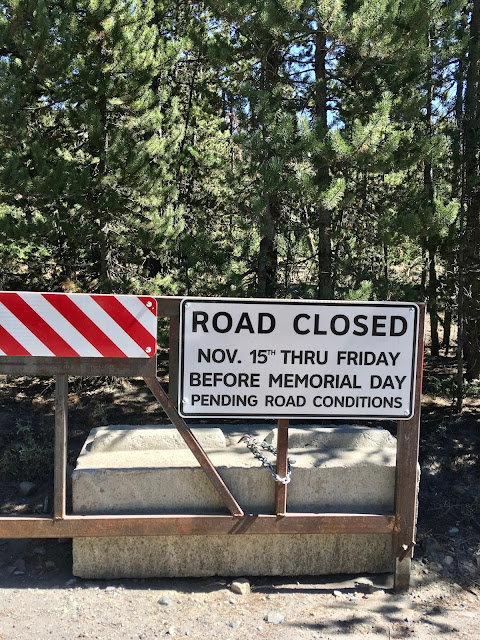 Like the sign states, it is a steep and narrow road and some parts are only a single lane wide with a sheer rock face wall on one side and a steep drop off on the other with no guard rail. 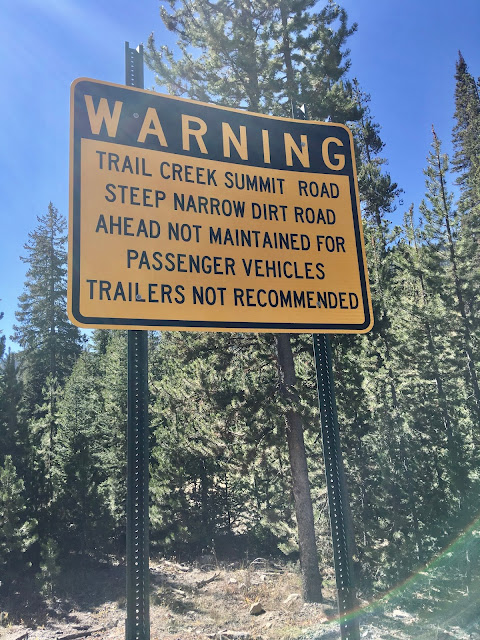 At the summit the road goes down the other side and as I understand it is a wider road with a gentle descent.  It connects with Highway 93 only about thirty-five miles south from Challis where we were camped at Bayhorse before coming here.  This route would have been only half as far as we had to drive to Sun Valley when we came.  That’s if I dared to bring a small house on wheels down that narrow single lane rocky road.  Nope. 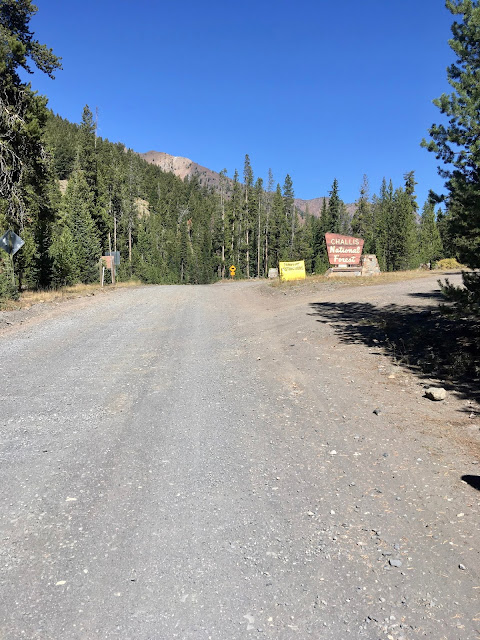 From camp it is around a 1546 foot climb to the summit.  From town it is 2000 feet.  There are quite a few people going by on bicycles everyday, locals for the most part.  The majority most likely turn around when it starts getting real steep but others I’m sure push on till the road changes to dirt.  Then there are the hardcore few with mountain bikes that press on to the top.  Boy, if I lived here and was used to the altitude, had my nice mountain bike still and was maybe a few years younger... 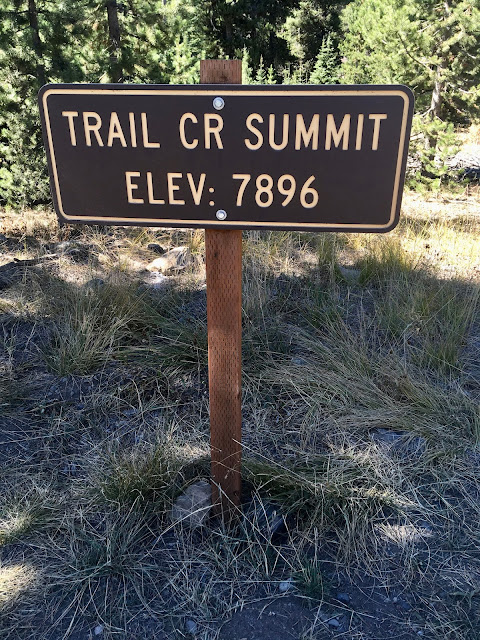 As before, this time I coasted down real slow taking in the beauty all along the way.
Here you can see the road on the left as it starts the serious part of the climb. 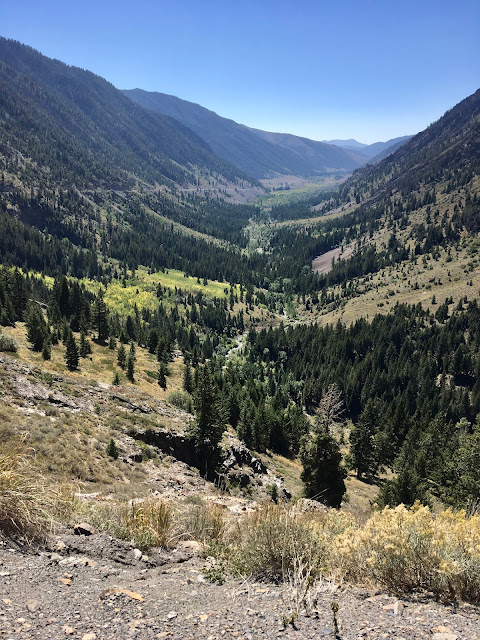 We are camped at the far end of the valley. 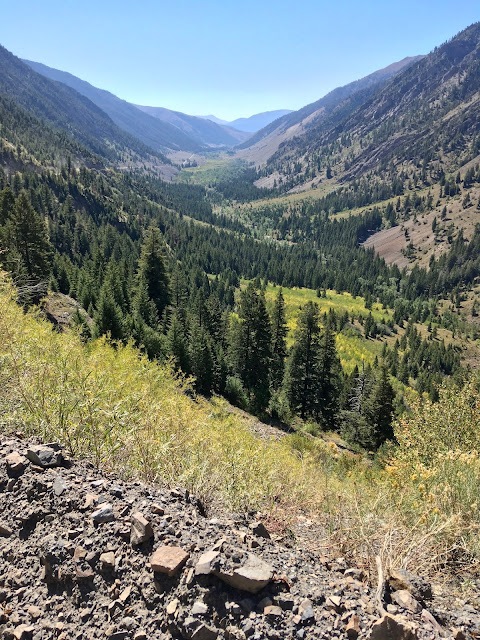 Biker Beans!
Glorious views back down the valley.

So glad you stopped for those photos of the valley. What a fun way to enjoy almost off road!