In no hurry to get going we finally left Wells for Ely 138 miles south. 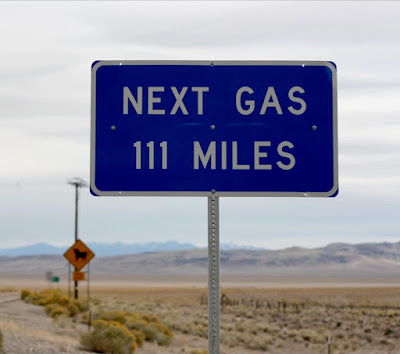 Pretty much this was the scene for the first half of the drive.
I never saw one vehicle in front or behind us going the same direction as we were.
This was good for that morning I saw emergency vehicles racing north towards Jackpot
on the very same highway we had come down the day before.  I knew why.
I looked it up later and there was a head on crash 27 miles north of Wells.
For some unknown reason a U-haul crossed over and crashed into a big semi truck.
Both drivers died. 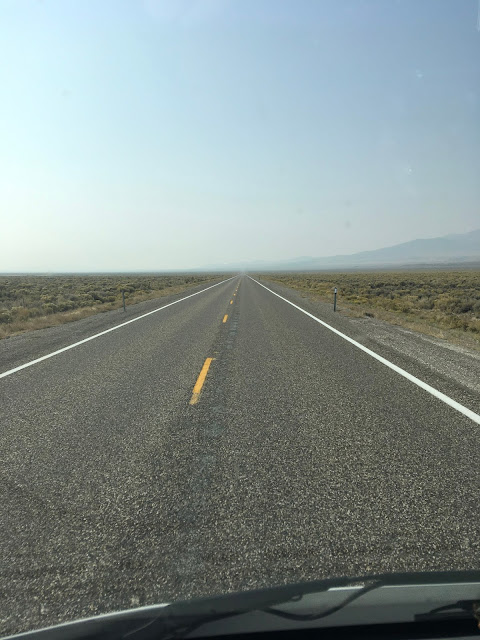 Beans was itching to get out and I was thinking of lunch.

We pulled in to what used to be a travelers rest stop. 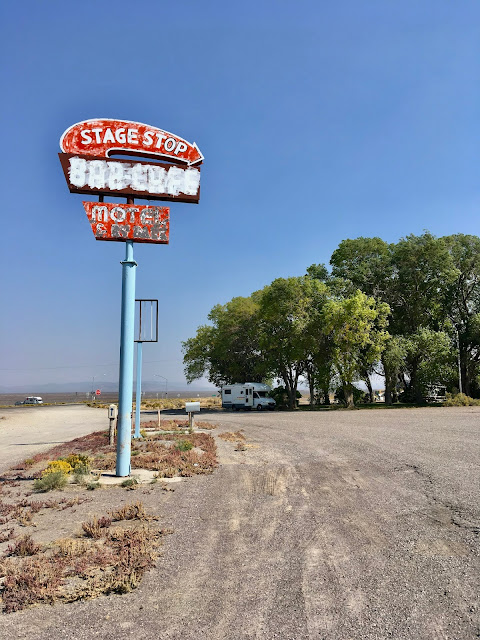 We hadn’t been out long before a whole bunch of little dogs some where off behind began barking their fool heads off.  One of the little ankle biters was loose and came over across the lawn in amongst the dozen chickens that were grazing.  The dog was barking and warning us away.  Beans totally ignored it and the chickens.  If that dog had chose to come any closer to Beans he would have been seriously injured by her.  I threw a rock and the little monster for it’s own good and it finally left. 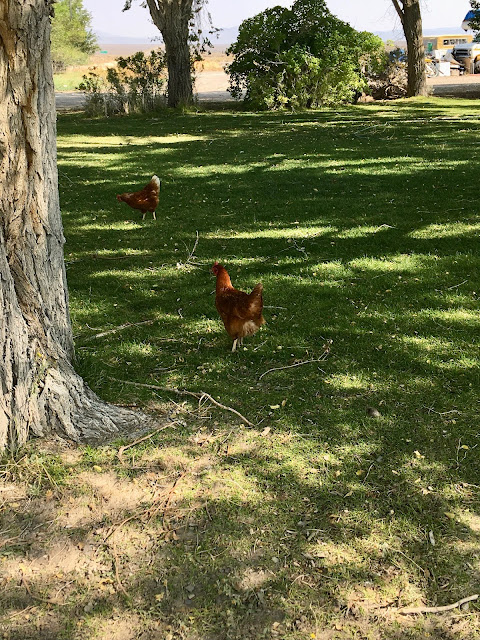 At the other end of the lot was this gas pump that last pumped gas when it was at 33 cents a gallon.
Can you remember back in the days when there was no place for dollars on the price? 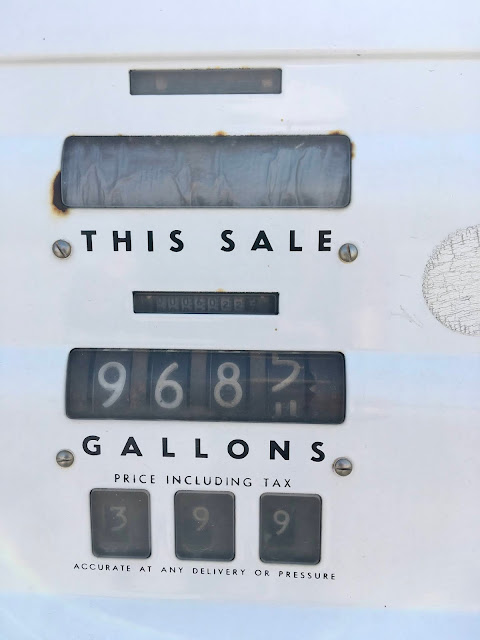 Back on the road with sixty miles left to go. 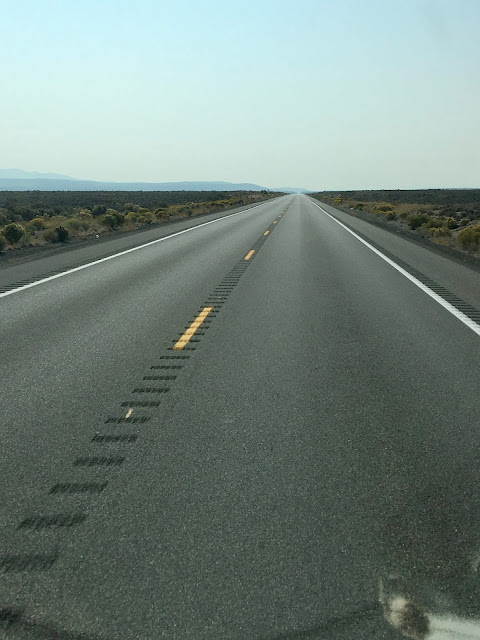 Reminds me of the lyrics to that Eagles song......On a Long Lonesome Highway, Cool Wind in my hair.....