The Lock and a Wile Update

Last week after we arrived I unloaded Gracie in anticipation of riding over to the post office the next day to pick up the Amazon package and then there was that snafu with UPS and wound up having to drive into town.  But I didn’t want to load the Honda back up for that.  I decided to roll it across over to the bushes in front of camp.  There it could not be seen from the road not that anyone every drives by here. 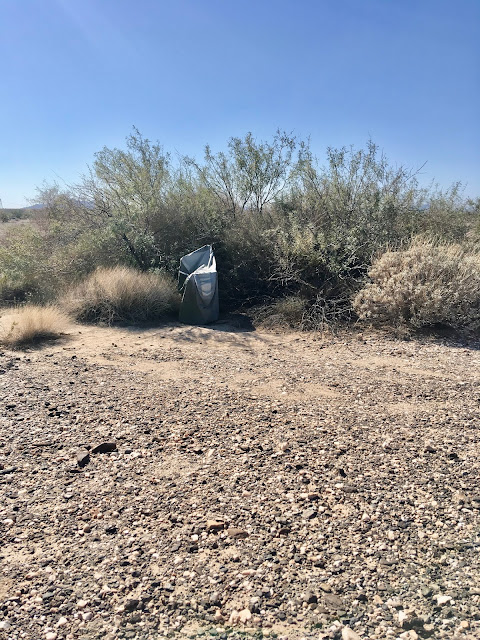 The bike has a lock on it that locks the forks in a cocked position so it cannot be rolled straight.  As added peace of mind I ran a cable through the front wheel also.  Really not necessary but what else do I have to do out here?  The next time I went to ride the bike I went over there and rolled the tumblers to unlock the cable.  The lock would not open!  I did it again...same thing.  Okay, this is bad, real BAD.  There is no way I could cut through the lock nor the cable, even with a hacksaw or my power jig saw.  I worked and worked on those tumblers and finally the lock opened.  WHEW! 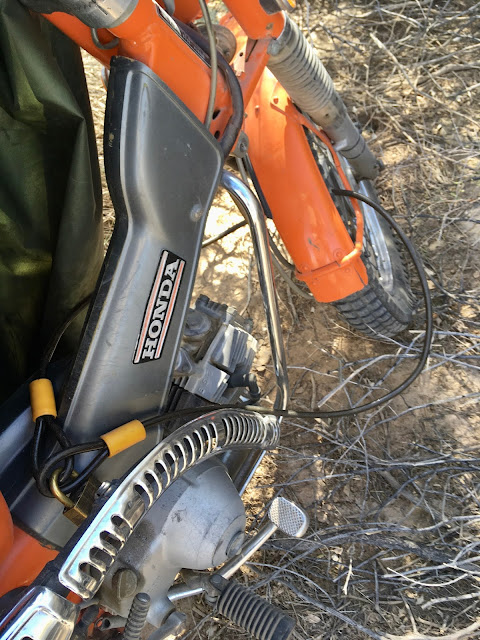 I figured it was dirty inside and needed some lubricant.  After some cleaning and lube I locked the lock and tried to open it.  Again it would not open!  I wasn’t going to give up.  This time I worked on it for even longer than when it was on the cable and bike and still nothing.  The next day I took a hammer to it.  It opened.  I cannot trust this lock anymore.  Fortunately I have another similar lock.
I am so grateful that it opened that one last time for me before dying. 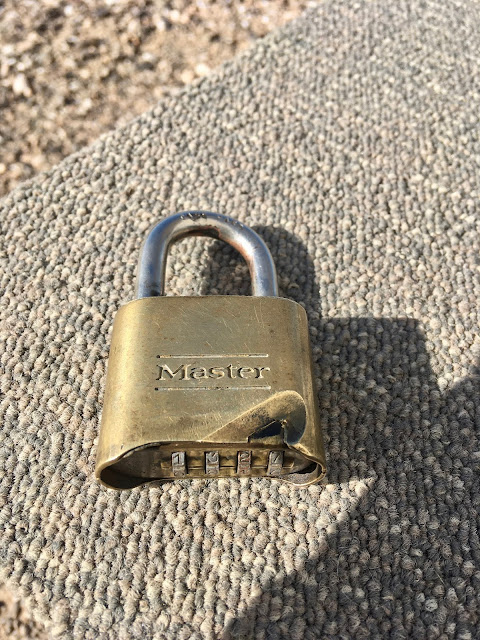 I didn’t check on the feeding station due to the high winds.  The next day I went out there and the food was gone.  This time I only dumped one can in.  I have three left.  I’m going to feel bad when the food is gone.  Good grief, I hope I don’t wind up going to Family Dollar to buy cheap dog food just to be feeding Wile E Coyote.

Golly that lock was being bad, and poor old wild animal out there suffered for it. I bet he/she cursed in wild animal signs...*)#:~!!!

This is where a little trail camera would come in handy. You could see if it's a coyote eating the food, or maybe a raccoon, or maybe even something exotic. Or you could brush the ground around the dish and see if you get paw prints. (Yes, I would do all of these crazy things myself.)

Where I have set the bowl is very hard-packed leaving no prints. Otherwise around the area is very loose gravel (it is a wash) which falls in itself thus leaving no prints. I don’t want to deal with a trail camera. I’ve got enough to frustrate me already.

We buy dog food here and put it out each evening for the foxes, raccoons and possums.