As I walked out from Dollar General after visiting with Rita this large truck and camper was exiting the parking lot when I reached the RV.  The combination looked very much like this, same color too. 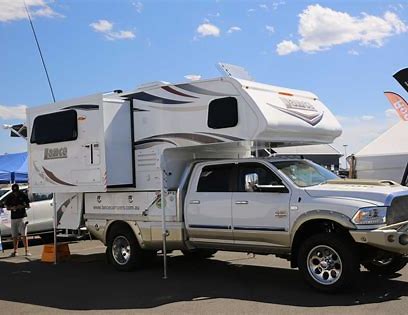 Looking at it, making sure I wasn’t going to get run over, I noticed the driver, a woman, waving at me. Do I know this person?  She rolled down the passenger window and I walked over.  My head and shoulders were just high enough to look inside.  The lady was pointing at my RV saying “That is what I wanted, but I got this instead.”  I had just met Luth, not Ruth as I said and she corrected me.  I guess it was Luth.  She was in her late fifties, early sixties I’d guess.  She was from Illinois.  I gathered this was her first time here in Quartzsite.  I asked where she was staying but it seemed she had just arrived.  She wasn’t familiar with any of the town asking me where she could get fresh produce just before leaving from our visit, which didn’t last all that long for she was blocking the exit.  I told her how I had The Little House on the Highway fifteen years now, how I thought I would never be able to own a View and how I got such a great deal on it back in 2007.  “It was used, one year by the previous owner who traded it in on the new 2007 model.  I don’t think the dealers knew how to price these used back then for this was the first model a 2006.”  She said that she too came across her truck and camper the same way as I, Craigslist, and it was such a great deal she went ahead and bought it instead of holding out for what she was searching for.  I think she did the right thing for good used RV’s are hard to come by these days and the prices for those out there are astronomical.  She said she is very happy with her new home as she too is now a full time nomad on the road.  By now she had created a line-up into the parking lot and we said our goodbyes. 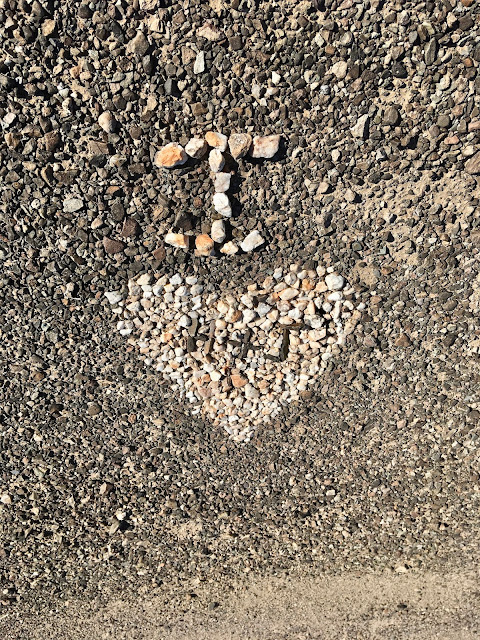 Nice brief visit, and I also got a deal on a one-year-old camper van back in the 70's! Sadly, used RV's of all kinds are much more prevalent. Glad you met Luth!

I may start looking on Craigslist for a camper van, just to see what's out there.

I'm wondering if after the pandemic wanes and people return to their regular vacation routines, there will be some good deals on lightly used RVs.