I am having a hard time finding the variety packs of Tiki Cat cat food from my usual sources.  “Not available.  Availability unknown.”  That is because it comes from Thailand and is sitting out there in the Pacific Ocean on container ships off the west coast.  I’ll not say anymore on that topic.  So I have been picking up this and that in the stores around here trying them out on Beans.  She seems to like everything so far, gulping it down.  I guess she was ready for a change in cuisine.
My last stop shopping yesterday was at Dollar General.  Being as I had found most everything I needed for myself at the first two stops, my basket at the checkout contained mostly a variety of Beans food. Rita the checkout lady commented about my purchases and how important our furry friends are to us. I said something about how I’ll eat most anything but I worry about my cat when I see the cat food shelves nearly empty.  “I’m trying different things since I cannot order her usual fare.”
She tells me how she had moved here to Quartzsite a year ago (I remember her from last year) and she only had her little dog with her.  “One day I found a dog in the desert. He was nearly dead, just skin and bones, runned ragged trying to keep away from the coyotes.  I brought him home.  Now I have two furry companions.”
“So he lived?” I asked.
“Yes.”
“Oh, you’re a good person.  You saved his life.”  And with that she dug out her phone to show me a picture of him.  She went on with her story as she scrolled through her photos.  The dog looked like this only with pretty pale blue eyes. 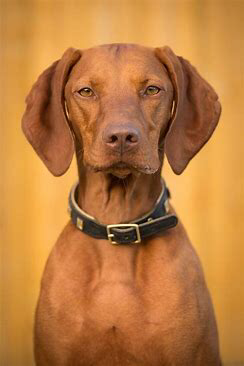 “Oh he is beautiful.  I love those eyes.”  I said.  She went on taliking.
“When my son was murdered...”  Okay, that stopped me there.  I was stunned.  I lost track of what she was saying.  She said something about it taking her six years and then she found this dog.  “My son had red hair and blue eyes.  I think maybe he sent this dog to me.  He is so lovable and gives me hugs all the time.”
I would have like to talked with Rita more but some customers came up in line.
Rita is a petite little woman, probably in her sixties.  I cannot imagine the pain and heartache she went through learning her son had been murdered.  She is too nice to have to have had to endure such a loss.

Wow, that's a show-stopper comment huh? But I'm glad she found the dog though, and that the dog recovered. That's awesome!

What a touching story this is, some people have a tough life....

Glad Beans is responding to variety. What a story by Rita, and yes, I too, would just sort of blank out when hearing that!

What a wonderful story to share, John. Thank you.

I love that Rita found that dog, or maybe the dog found her! The sentence about her son made my hand fly to my mouth. So sad!