You may recall we went to see the one and only vet in the area in Blythe, CA.  Beans was declared to have good breathing and her lungs seemed fine.  “Continue with the hairball relief pate.”  Two weeks later she was no better and seemed worse.  I wanted a different opinion.  Our only option were five vets in Yuma, Arizona, ninety-six miles to the south.  The first two I called were booked up two weeks out.  Both of them though recommended I try Foothills Animal Hospital.  I called and they said I could bring Beans in at 7 p.m. if I would like.  Office consult was thirty dollars more being after hours (5 p.m.) Not a problem.  Much better than two more weeks waiting.  I broke camp, put everything away and we were off by 1:30.  We arrived two hours later.  I went in (nice place!) and let them know we were here parked out in back.  If they get a cancelation, give me a call.  Less than two hours later I get a call.  They had a no-show.  We’ll be right in. 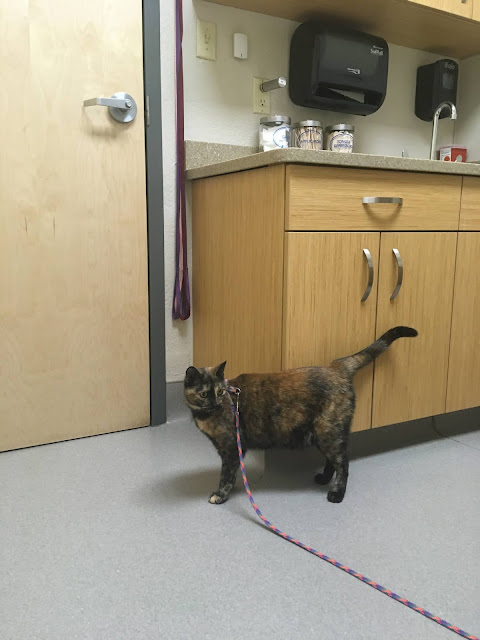 Getting care when your loved one who can't talk (at least English) is very important. Hope all is well...

You can't put a price on medical care for your pets (or people). The dog I had for 18 years never needed a vet except for her yearly checkups. The dog I have now has had a couple of issues that were very costly, but worth every penny to have her feel better.

I recently came across your blog and have been reading along. I thought I would leave my first comment. I don't know what to say except that I have enjoyed reading. Nice blog. I will keep visiting this blog very often.
wordpress
ufa88kh.blogspot
youtube
រ៉ូឡែត - កាស៊ីណូអនឡាញ