I was out and about on the Honda and stopped to look at the for sale items on the bulletin board at one of the larger camp areas.  This guy sneaked up on me with this little Honda Express.  He startled me.  I never heard it running.  In fact I don’t think I have ever seen one before. 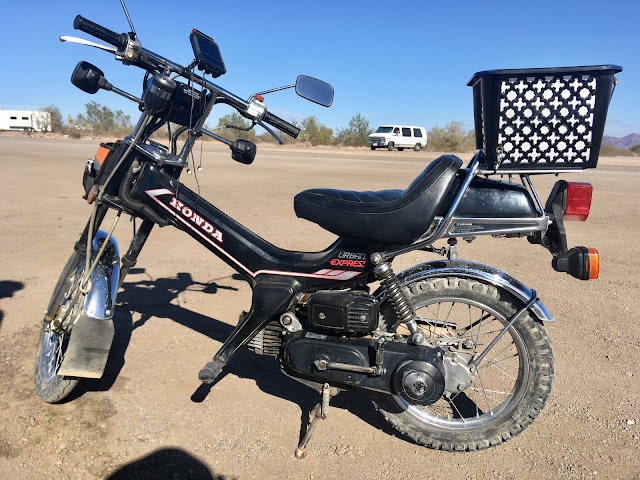 It was a cute little bike.  It has a 50cc two-stroke motor.  He was a bigger guy than I.  He liked my bike and wished he had one, or something with more power.  I think he said the bike was a 1987.  Just for tooling around the campgrounds I think it was ideal, especially for a woman.  I suggested perhaps he could make a trade with someone who wanted something smaller and easier to carry around on their RV.  He said there was a larger bike someone in the area had for sale.  He liked my idea and was going to go see them and maybe work out some sort of deal. 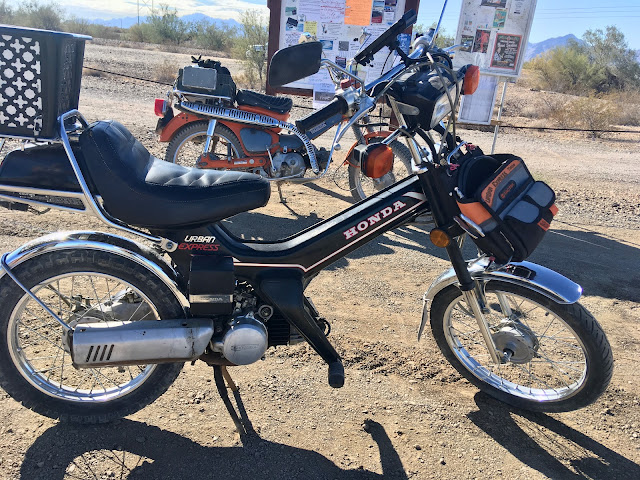 Let’s see...we need a Beans photo for this post. 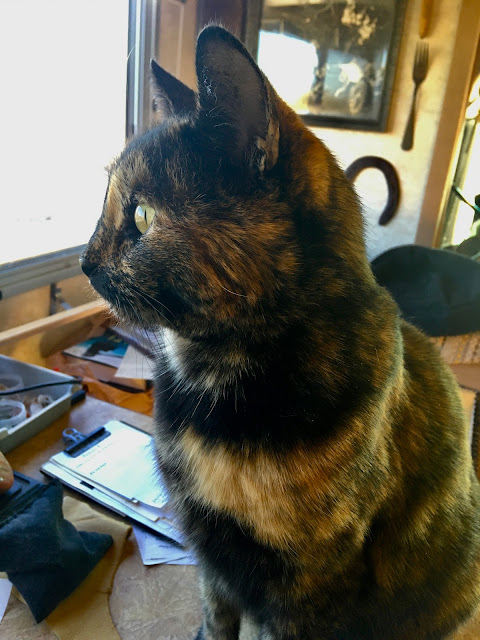 A long time ago, I’m talking back in the days of film in cameras, I was into photography.  I even had a little darkroom and developed my own film and prints.  I’ve always liked black and white.
Heck, I even like black and white movies over color. 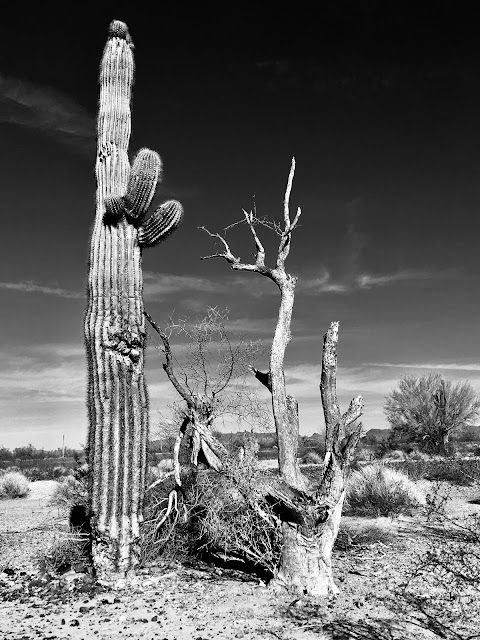 I had a mini bike when I was a kid, I loved it. Beans is enjoying the outside without being outside. My cats love looking out the window. I like black and white photos and movies too.

Great portrait of the lady Beans. That is definitely a minimalist bike, but cute.