We had some rain during the night Thursday; the morning was clear.  I planned a trip into town for Friday as the propane was getting low.  I never look forward to these errand days. I just want to get it over with. 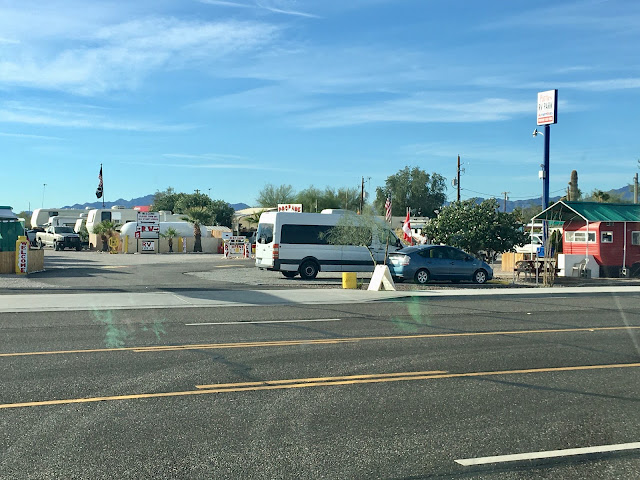 First stop was Pattie’s RV Park right in town.  They sell propane and it is the easiest place to deal with.  The Union station in town has propane but you have to go inside the mini store to pay.  Sometimes that means standing in line.  I detest standing in lines.  I was surprised pulling into Pattie’s.  They had really spruced it up with fresh bright yellow and red signage and painted propane tanks. 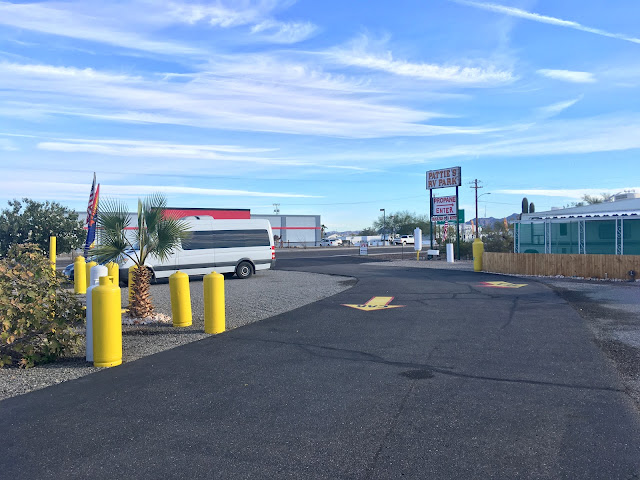 Here I can pay right at the fill station.  Isn’t that tank cute?  It is a reminder to turn off all appliances inside before refueling.  Odd that it took 11 gallons when I had just under a quarter of a tank left and the full point is 11.2.  It is a 14 gallon tank and they fill to 80% of the stated volume.  So I ended up with over that before it automatically shut off which is fine.  I can go longer now before the next fill-up is needed. 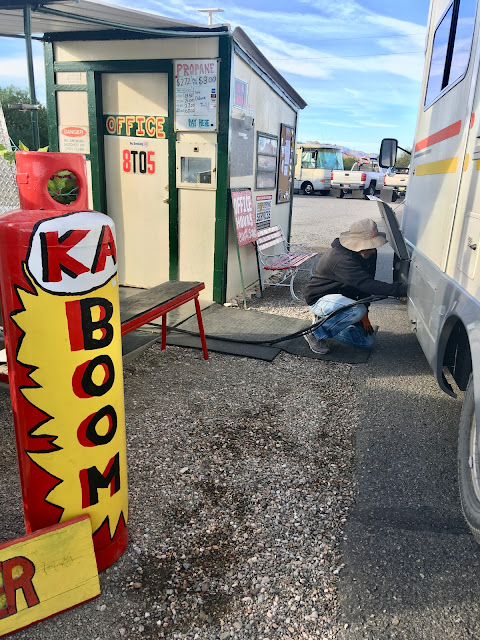 There used to be another RV Park just outside of town that filled propane tanks but the fire marshal shut them down for they were filling tanks from a small propane truck.  There was another place across from the Union station that shut down during all the COVID stuff last year and they are still out of business.  It was an easy to do place being able to pay right there at their booth.  There is one more that I know of north of town.  I have only used them once. 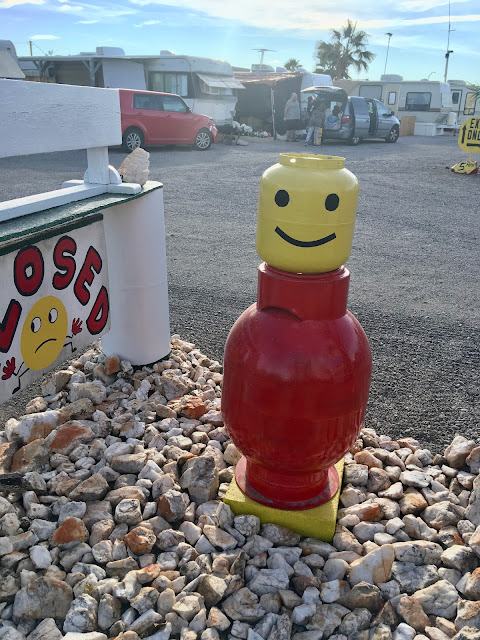 Okay, that’s done.  Now across the street to Family Dollar.

I love the Ka Boom and happy face tanks, so cute!