One day on a run up the dirt road to drop off trash in the dumpster I caught a glimpse of this as I passed by.  After dropping off my trash the guy at the camp came walking over to see me.  We visited awhile. 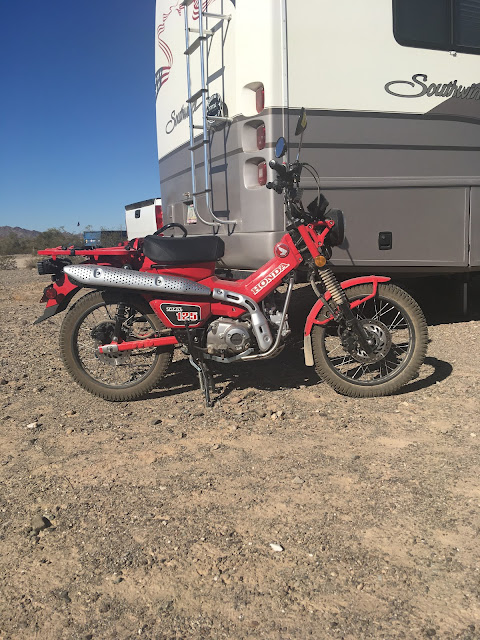 I had read long ago that Honda was coming out with a new version of their popular trail bike.  This one would have a 125cc engine versus the standard 90cc as I have.  Honda was considering bringing them into the States.  Time passed and finally the first ones began to show up.  Mike said he got online and called dealers all over the country.  Most all said they had a waiting list of anywhere’s up to ten orders and even more.  Each dealer had no idea how many they would get in.  Finally he found a dealer in Yuma. Arizona where he could be number one on the list.  He sent off his deposit.  He waited six months.
In the end after paying for the bike, import fees, set-up fees and whatever more fees they could conjure up he wound up shelling out $5000.  Retail price is $3899. 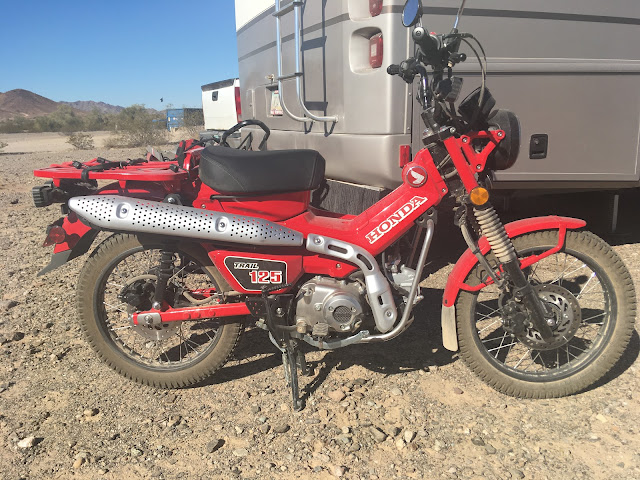 If given the option, I would keep my little 1972 model.  It is much simpler, easier to work on and maintain plus my bike has a 4 speed low range option whereas these new ones just have the 4 standard speeds.  The new bikes have an electric start and disc brakes.  Nope, I’m happy with what I have. 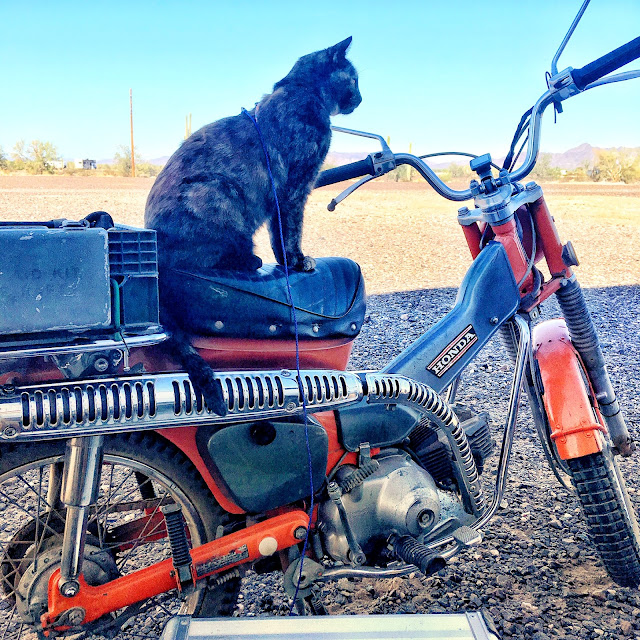 I have been trying for a long time to catch Beans running for home.  It all happens so fast when she decides to take off, that I haven’t yet been successful.  But it is pure joy to me to see her run full tilt. 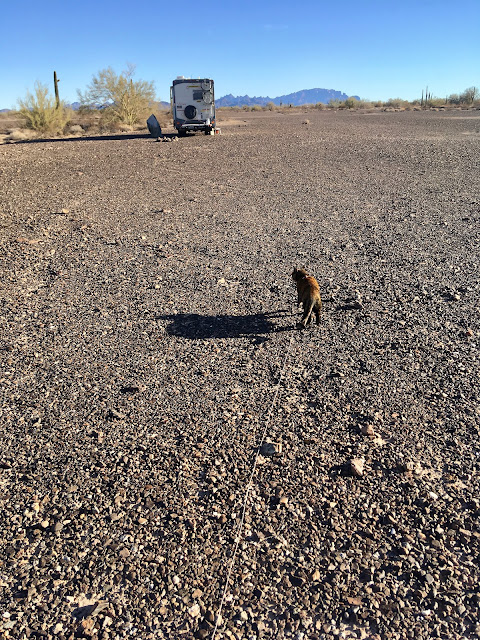 I agree, older models are simpler, though with less bells and whistles, as they say. I'm in a Toyota Echo, and know it was discontinued many years ago. When stuff starts to fall off, I will probably have to upgrade to some other older car. I rode a Honda 175, and it worked fine in FL. Many years ago!! Go girl, Beansie!!