We were way down there by the tall saguaros on the right.  A large motor home moved in across from us.  You can just barely see it to the left.  They were at an acceptable distance away.  Barely. 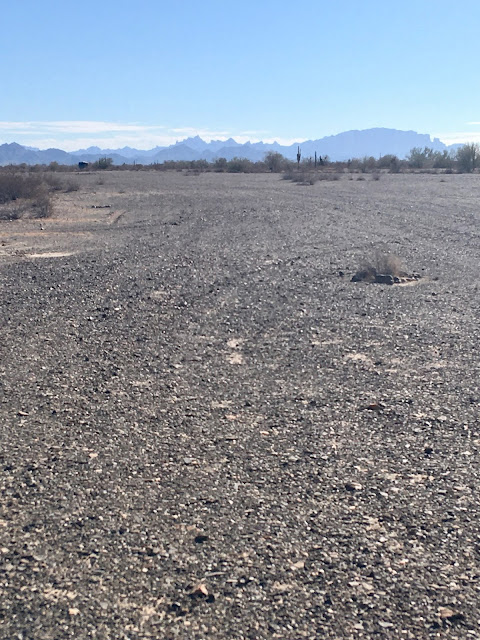 A zoomed in photo of the large class A motor home.
But that first night there I could hear their generator humming away.  It wasn’t that offensive but when you’ve had pure silence for two weeks there’s no blocking it out.  So we moved the next morning. 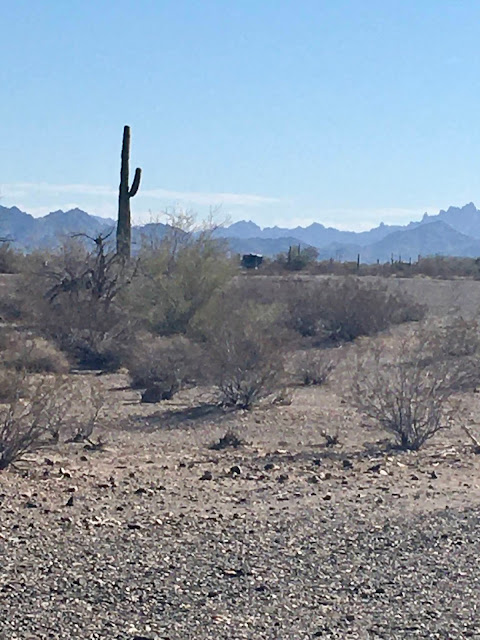 Our new spot from where I took the above photos.
It was okay we moved.  I was planning on doing so probably Monday anyway.  We had been there for two weeks. I rode Gracie to scout out a good site, parked her and walked back to get The Little House on the Highway.  Beans would like a change of exploring and hunting.  There is the added bonus of leaving the rat thief behind too. 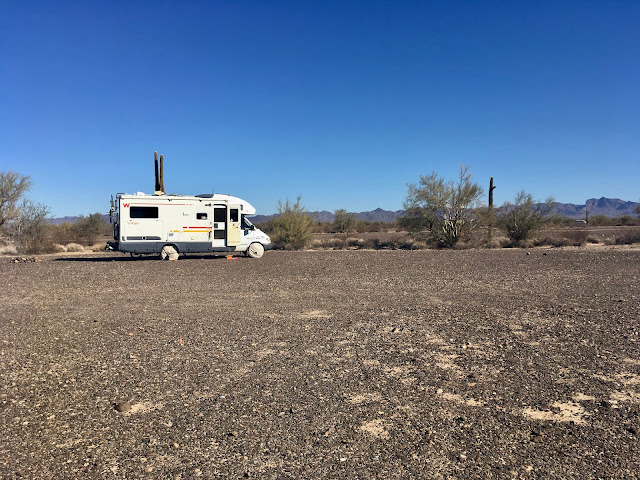 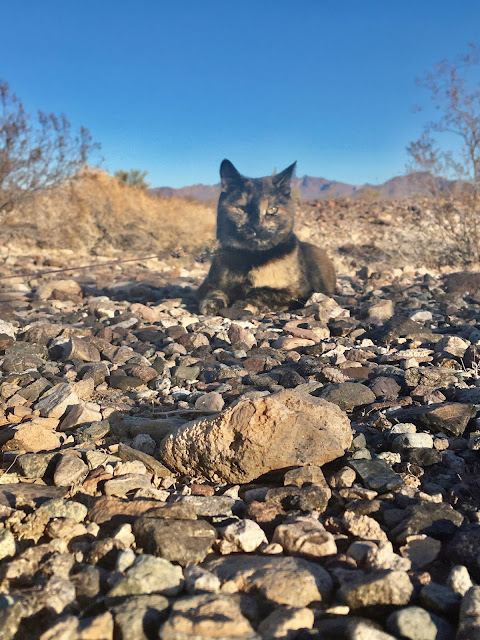