I was going to leave replies to a couple comments on the Good Boy Zeekie post then decided to make a complete post on the subject.

It was October 2016 and I was preparing to leave for the desert for the winter.  I felt it would be Sinbad’s last adventure with me.  One evening he was sitting next to me in my chair as he always did while I read.  He jumped down, went over under my desk and laid down.  He never went over there.  I went to lay next to him.  Two hours later he passed away peacefully. 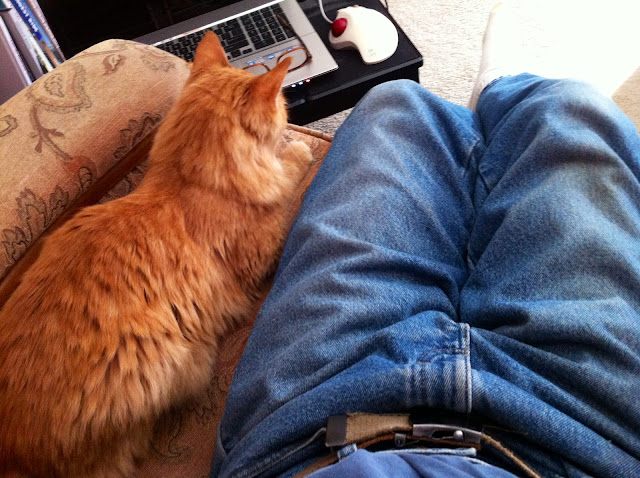 I was okay with it.  I had done my grieving two years earlier when I thought I was going to lose him for good.  The vet pulled him through and with medication we had two more years together.  I thought about what if we had taken off for the desert?  What if he had passed away out there?  How could I possibly dig a grave in the desert, lay him to rest and drive away as did Zeekie’s owners?
I looked at his passing when he did as Sinbad’s gift to me.  You go on ahead without me Dad.  It’s okay.
A week or so later I was packed and ready to go.  I locked up the house started up the motor home and pulled away.  No one jumped up into my lap.  I made it around the corner, pulled over to the curb and lost it, tears rolling down my face.
That winter I learned difference of being alone from being lonely.
Alone is being with no one else around.
Lonely is being without someone you really cared about. 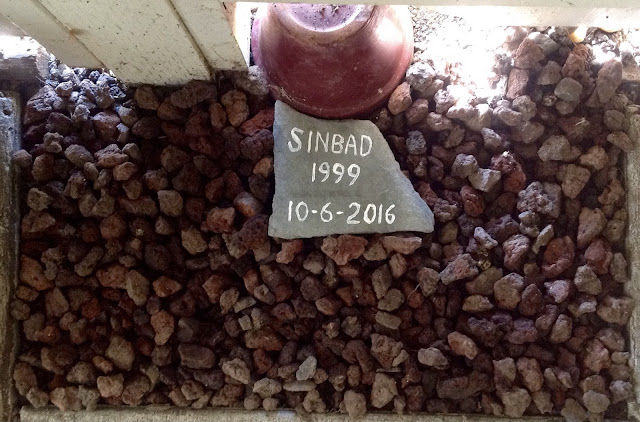 Always so sad to lose one.I have had several cats and have all seen them dying. One on my lap at the vet when he was half paralised by a car incident on the road. The most peaceful dead was one at home who suddenly stretched out all her paws and closed her eyes, she was 18 years old.

That was the year my last little furry darling died. I've missed her since...nobody rubbing her face here and there, and kalumping from one curled place to walk (seldom run) to where she wanted to see things. Yes, we carry them with us in our hearts...but our hands and laps continue to miss them. I now wonder how long it was before you found Beans.

It is always heartbreaking. I am a bit teary just reading this.

Yep, my eyes got watery while composing it. It still miss my dear Sinbad but Beans has done so much to fill the void he left behind, more so than I could have ever hoped for.

This post mad me cry because I know exactly how you feel. I lost my dog Patches who I had for 18 years. She was my shadow for all of them, my souldog. I still think about her every day and cry over her loss often. My current dog Kaiyo helped me a lot, just like Beans helped you. The world would be such a sad and lonely place without our fur babies. ♥