I had to psyche myself up for some resupply shopping.  Figured Sunday would be better than any other day.  Church and football might keep some away.

First stop was the trash dumpster a couple miles up the dirt road.  It was overflowing.  The truck comes on Monday.  Oh to just imagine what treasures lie within out of reach. 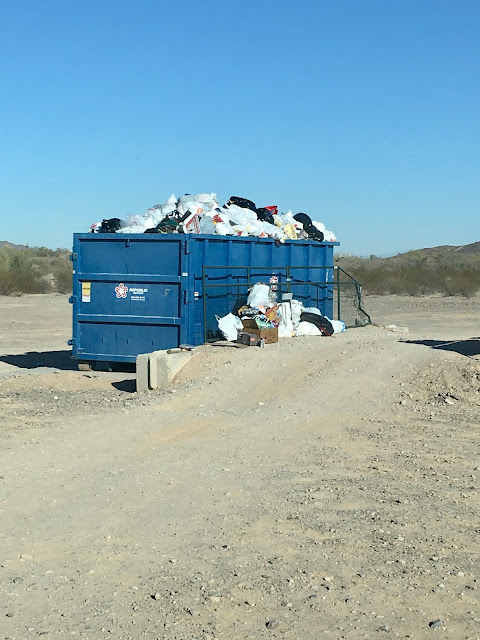 Next up was the water station across the highway at the other long term stay camp.
No one else there.  Nice.  No dogs barking and harassing me while I filled up. 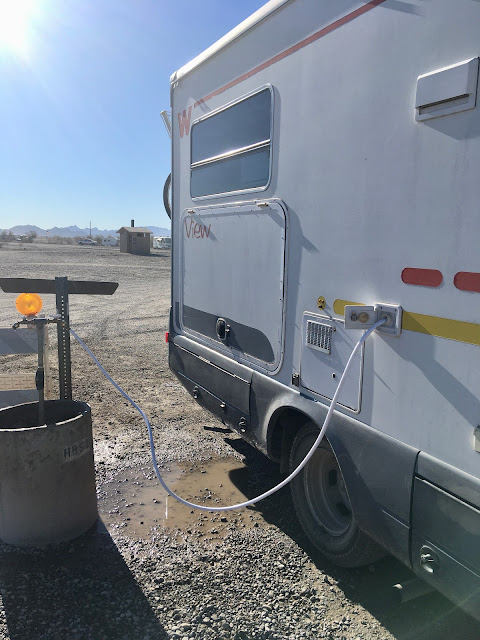 Then into town and to stop at Patty’s RV Park for propane.  I didn’t really need it in the main tank but the little one gallon bottle for the heater was getting down there so might as well.  Then around the back to the laundry room and return the sock that got into my clothing.  Whoever lost it probably has long since threw out the one lone sock they had or would not return.  I like to think they would return in a week or so, walk in and see that sock pinned to the bulletin board.  “Drat! I threw the other one away!” 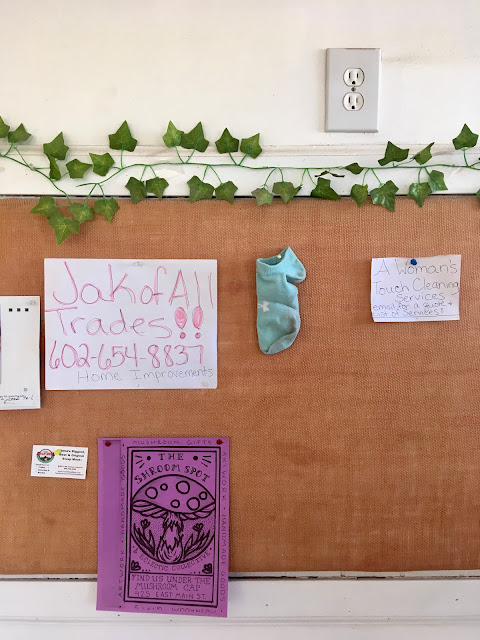 No one was in there doing laundry.  It was so tempting to go back in the RV and root around for something  to wash.  Just to take advantage of a good opportunity if for no other reason. 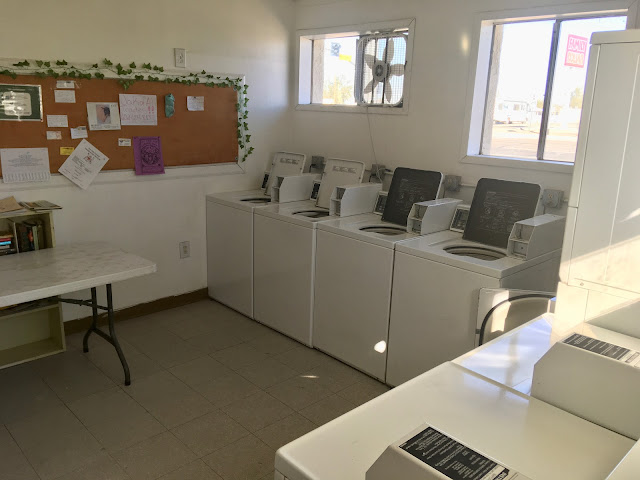 Next was across the highway to Family Dollar.  Not many people inside.  Only had to wait for one person ahead of me in line.  Outside the water machine was broke.  I went next door to Coyote Market that has two machines out front, one of which was out of order.  I had only three bottle to fill. 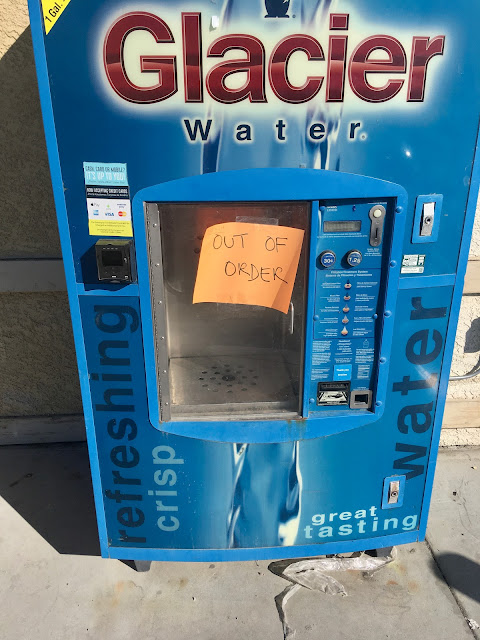 I couldn’t get everything on my list for Family Dollar.  Inside Coyote was a couple of possibilities if Roadrunner market failed me.  On down the road to Roadrunner Market (below).  Still wasn’t able to complete the list.  I went back to Coyote and finally found some orange juice.  Picked up some A&W Root Beer although it was in the 16oz bottles.  Some is better than none as nowhere were the mini cans to be had.  Drove to the other end of town to Dollar General.  I was able to tick off a few more items and my goodness, they had mini cans of root beer.  I got them as I hadn’t seen any in the last few shopping trips.
I’m set for root beer now. 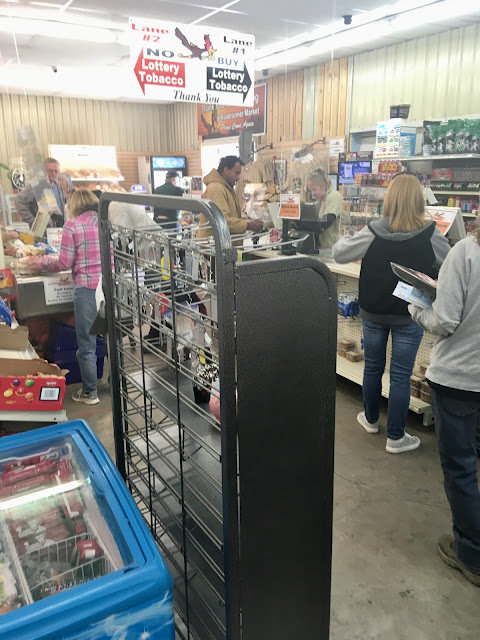 In the end only three items were left unchecked.  Nothing critical.

Next, treat myself to lunch.

Have you ever thought of doing the laundry in a five gallon bucket whenever you are traveling? https://lifehacker.com/wash-clothes-on-a-road-trip-with-a-5-gallon-bucket-5852355

I’ve thought about, that’s all. I don’t have room to haul a five gallon bucket around. I have hand washed items in a collapsable bucket I have. Laundromats are easier, besides they always provide blogging material.

That laundromat looks so clean and tidy. I use a laundromat when washing my blankets. My biggest gripe is that the last time I went, I lost money in three different dryers before I found one that heated. It's the principle of the thing, I suppose. I pinned a note to the door of the back office with my phone number. I never heard a thing. It bothers me that so many people struggle and depend on these laundries...and there are people nickel and diming those who can least afford it.

Blogging material is good. I sure do enjoy reading yours.

Check out this blog post from last year.
https://hwyfly.blogspot.com/2021/05/crapshoot-laundry.html#comment-form