There Goes the Neighborhood

Later in the day after returning from laundry this group moved in.  I waited to see what we were in for.  I could hear no generators, no music or dog barking.  The only thing was the loud talking each one of the five guys trying to make himself heard over the rest. One guy especially loud.  I can deal with it. 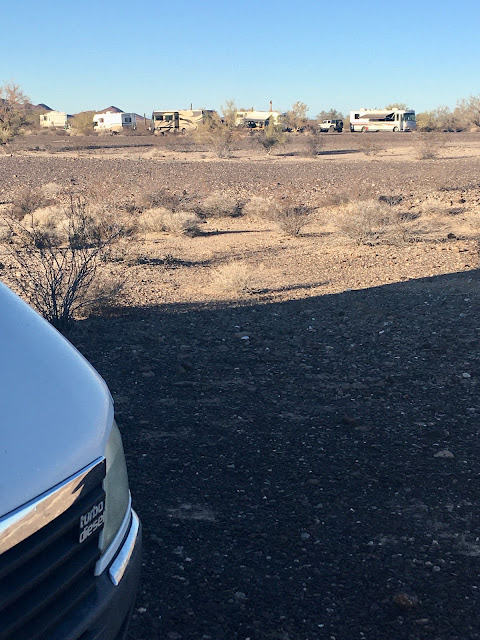 The next morning was okay.  I can’t expect too much.  Then the two free roaming man-eater Rottweilers cut the distance between our two camps in half standing there barking at me. Wonderful. It was at that point I noticed Mr. Radioman was gone.  Gee, if they ran him off, maybe I am being too tolerant.
We made a short move of about a hundred yards.  You can see the Honda still at old camp. 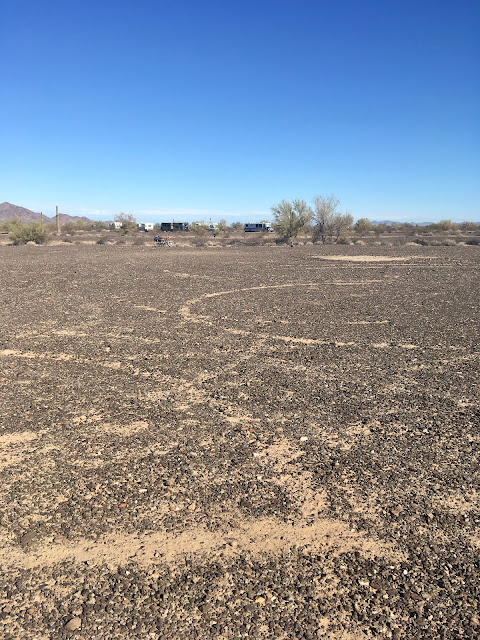 This is a nice spot.  Beans has a shade tree and the wash behind her provides some new territory to explore.  I like it too. 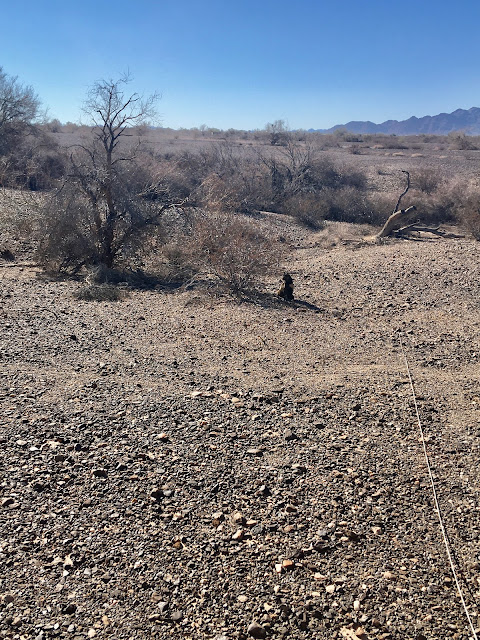 Plus it makes for a nice outdoor litter box too. 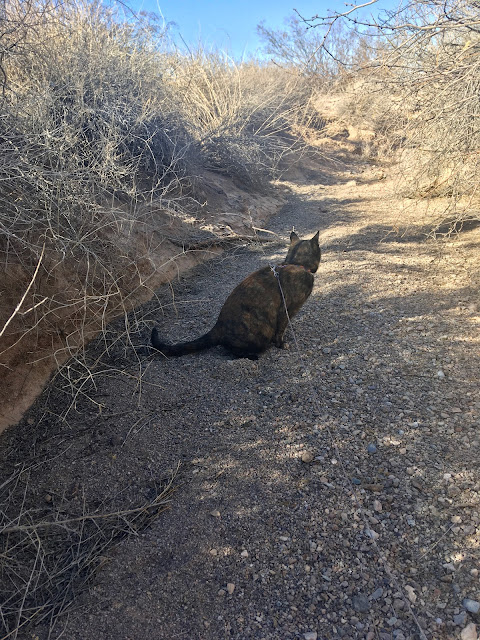 Hope the dogs stay at their camp! My goodness, taking a picture of Beans squatting, is there no curtesy left? I'm glad that at least you found another spot of wilderness in which to park. FYI: The comment replies can be turned on by a little box found to the right under each comment..."Notify Me" which then sends replies to the email of each person who checks it before clicking "Publish". I often forget to check it. Then I just go back to that blog later on to see if there's been a reply posted...which will happen if it's a very interesting question...

I hope you don't have any more issues with the new neighbors! Where you are now seems much better for both you and Beans.

Glad Barbara commented about the "Notify Me", I didn't know that! I'm going to try it!

Thank you for that explanation. I think I will use it to update and rephrase my “Add comment” below.