Yesterday was not as chilly and the wind was just a breeze.  A good time to get out and about.  To make it meaningful and gathered up my unburnable trash and would drop it off at the dumpster.

I stopped twice on along the way to pick up a beer can.  See it? 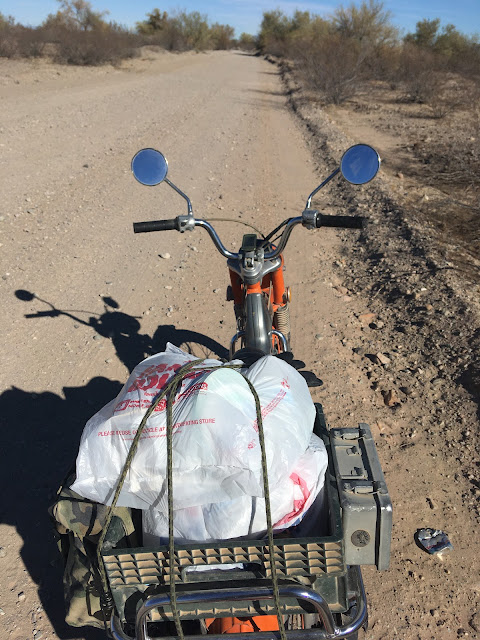 Just two cans for 3.8 miles.  Not bad.  Still it leaves me wishing I had the power of God and I could just zap these litterbugs from the face of the earth. 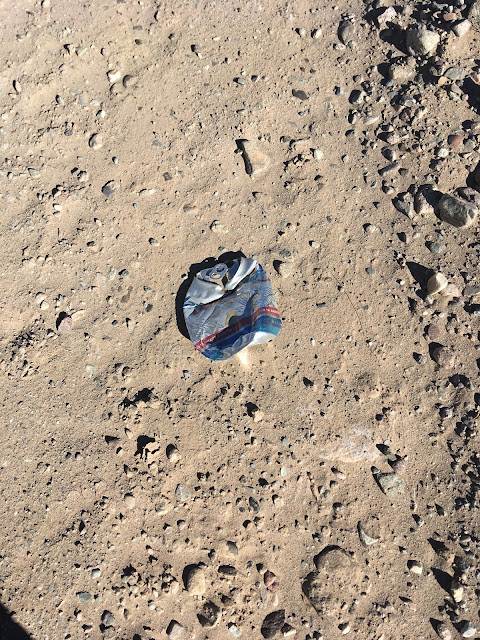 After dropping off my refuse I motored through Tyson Wells Long Term Stay camp area, crossed over highway 95 into the South LTVA.  I was going to see if I could find a friend’s camp.  This is the line of RVs waiting to access the dump station where you can empty your holding tanks of grey water (regular water down the sink and shower drains) and black water (sewage from the toilet).  The line was longer when I first went by.  On my way back out after at least twenty minutes of searching (I didn’t find her) I stopped for a photo - blog material.  See the second vehicle up at the front?  It is a converted school bus so it was easy to remember.  He was back about where that truck and camper is to the left when I first went by.  This would drive me bonkers having to be in a line to dump tanks.  I have better things to do.
Incidentally, the vehicle in front of the truck and camper is a converted ambulance.
They make into great campers. 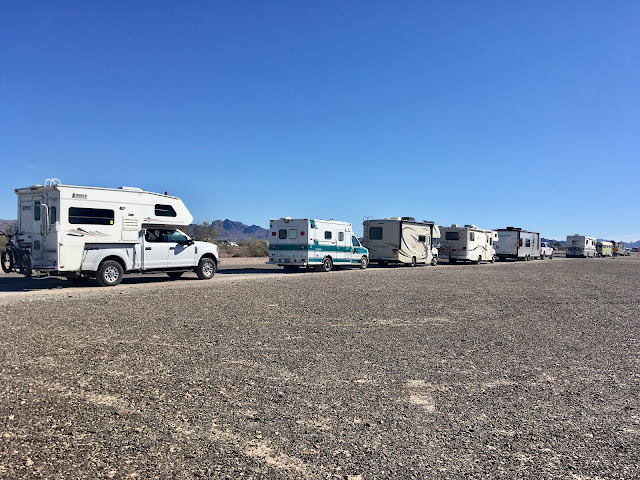 Before I went full time on the road back in 2016, one of the big improvements I made with the RV was to remove the toilet and install a composting toilet in its place.  This and installing solar panels are the two top modifications I made.  Makes for me being a much happier camper.