We were looking at a few days of wind and rain leading into the weekend.  I pretty much resigned myself to the fact we’d be best off staying in Garden City.  By the third day the traffic noise was getting to me. 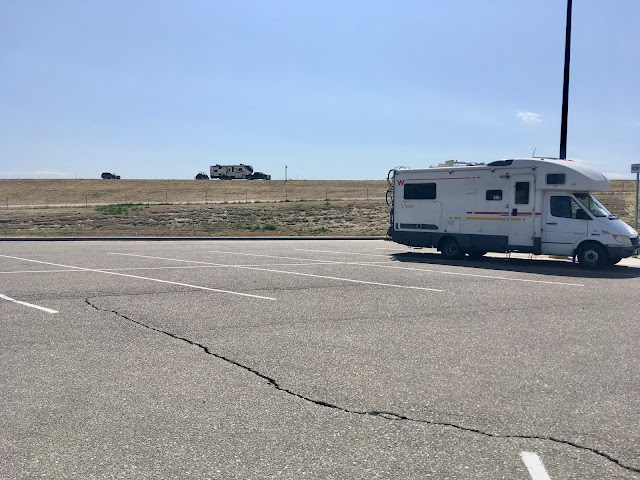 Also it was getting colder each day.
Here it is three in the afternoon and we’re in bed to be warm. 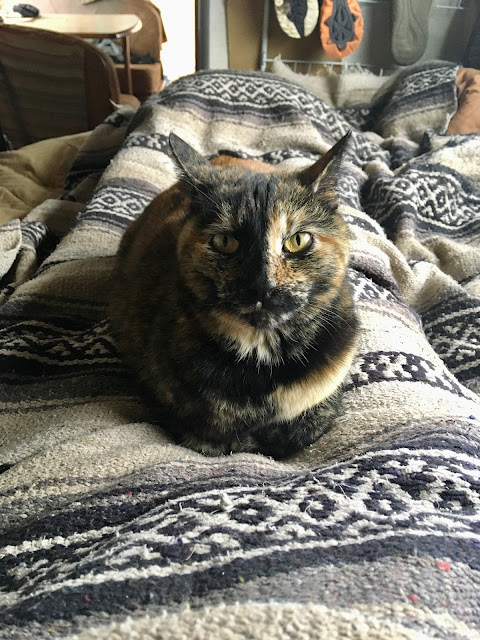 On the morning of the fourth day we’d have to try to find someplace in town away from traffic.
A mile down the road on the edge of town was Grace Bible Church with a dead end road.
This seemed to be good except big rig trucks would come by on 158 using their exhaust brake to slow down for the stop sign nearby.  I zoomed out more on the map.
There at the far right, eighteen miles away was a wildlife area that allowed camping.
Worth checking out. 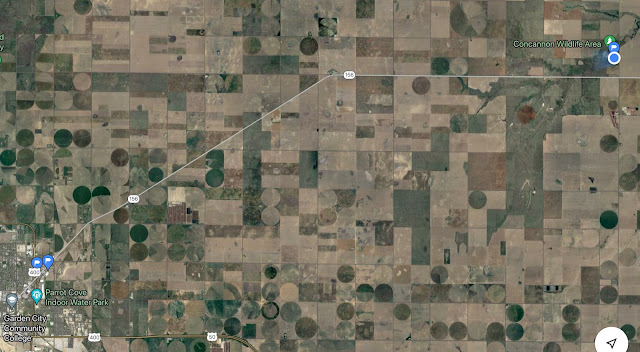 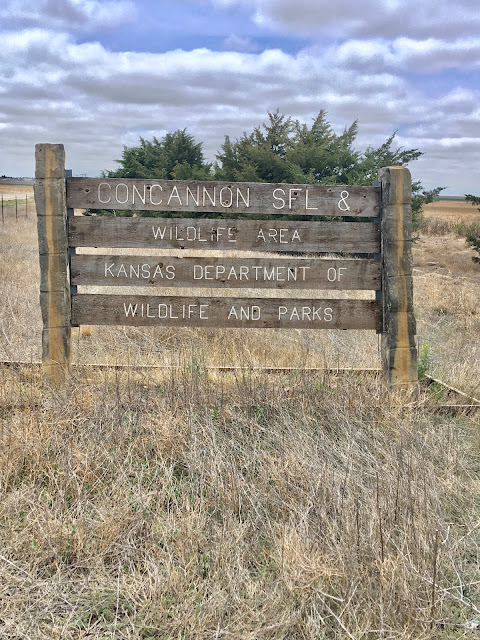 It was just a short well graded road into the area, nothing that would get muddy or boggy when the rains came.  We drove to the end in the distance then returned to this spot.  I stepped outside.
All that I could hear was birdsong.
Heaven. 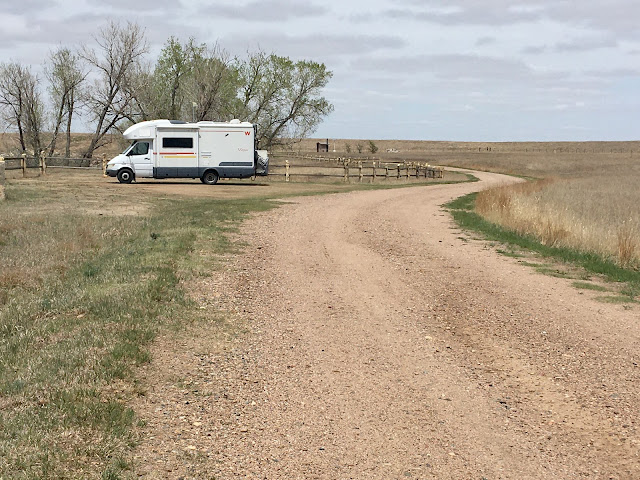 The “almost’ part is that the cell signal is weak and I had to hoist the cell signal booster antenna so the iPhone and iPad wouldn’t be operating at dial-up speed.
Now I am concerned when the winds pick up.  I don’t want my antenna ripped from the roof.
That mast that cranks up was for the TV antenna that I removed since I don’t watch TV.
It has worked ideally for the weboost antenna. 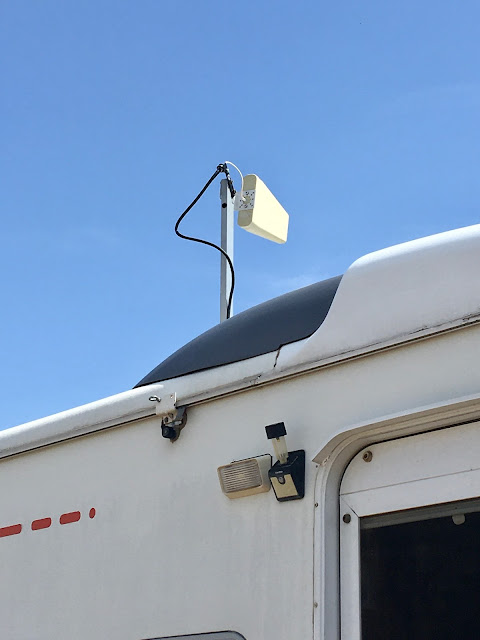 Since I made the changes to the comment section so everyone can comment it has removed the direct reply aspect.  If I address a comment or question from a particular person I have to make a separate comment and I don’t know if you see it or not.

So I thought I would start a Q & A section at the bottom of a post.  If someone asks a question I will put the answer on the next day’s post.  Will that work for you?

“Are you being affected at all by the tornadoes?” —  No.  They are in the other half of the state to the east so far and we hope they stay over there.

“Have you ever been in a storm that was bad enough that made you nervous?”  —  So far this year it was just that hail storm in San Angelo, Texas.  I was concerned about glass breakage.  But twice while driving with a sudden wind from a storm cell that all but blew us off the road. Last year up in the one of the Dakotas and fortunately there was an Indian Casino parking area I could pull into, park and face into the wind.  The other time eight years ago in a small town Illinois. All kinds of debris was flying across the road and I pulled in under a covered church area.  That one I really thought Sinbad and I were done for.

Oh, I do come back and check in when I ask a question. If curiosity kills the cat, I have to consider myself lucky indeed to been born human.

Excellent work-around the comments problem. I've enjoyed that people have started to reply to comments - making it a social kind of post...without any ads! I scroll through many on FB and don't do twitter (yet.) So my question for the day is...do you involve yourself in any social networking?