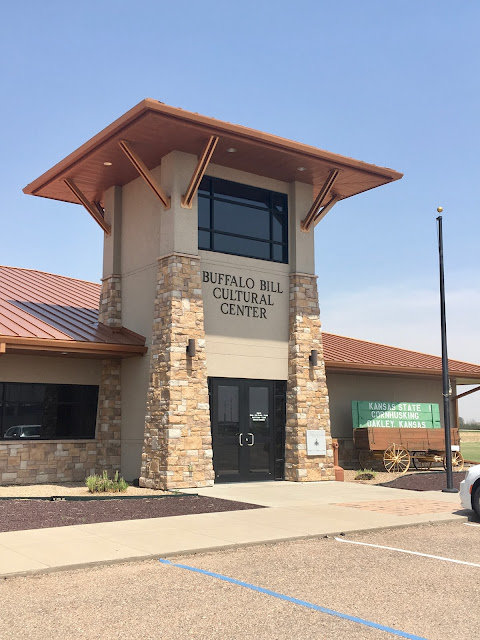 Oakley lays claim as to the “Birthplace of the Legend” which implies Bill Cody was born here.  Nope.  He was born in Le Claire, Iowa.  The “Birthplace of the Legend” comes from an eight-hour buffalo shooting completion nearby with another supplier of buffalo meat for the railroad by the name of Bill Comstock.  This took place in 1868. Cody killed 68 animals to Comstock’s 48 and so claimed the nickname “Buffalo Bill”.

Well maybe Annie Oakley was born here for there is the Annie Oakley Park, Annie Oakley Motel and so on.  Nope again.  The town isn’t even named after Annie.  It takes its name from one of the middle names of the town’s founder’s mother.  Annie probably never came anywhere near Oakley, Kansas.  Nevertheless the town of Oakley is capitalizing on the names of the two American folk heroes.

Inside was the usual collection of tourist trinkets to purchase plus a big stuffed buffalo.

Out front was this huge bronze sculpture, three times the height of me.
All of this buffalo killing kind of rubbed me the wrong way.
That’s why I don’t have pictures of inside.  I just wanted out from there. 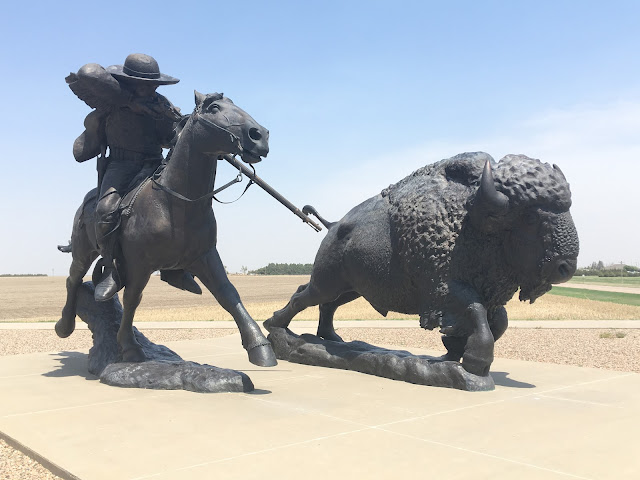 Except for Annie Oakley.  Now her I admired and I lingered a bit.
I thought this photo was so neat and wished they had a post card of it to buy.
Notice her bicycle.  It was said she loved riding it.
She would have been 33 years old in this photo. 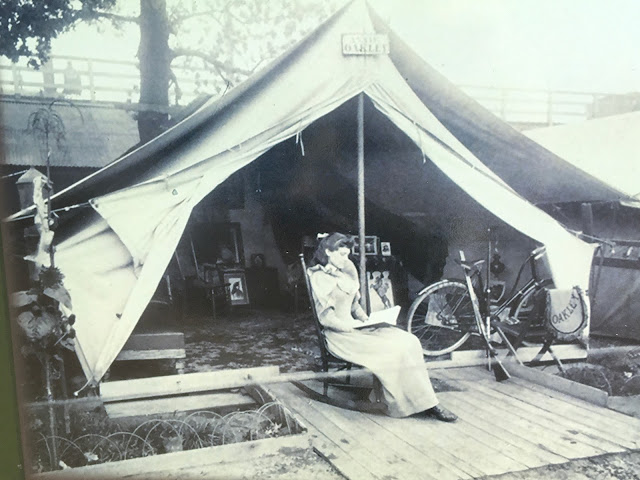 I had to settle for this card to put up inside our home.
She earned more money than anyone else in the show except for Buffalo Bill.
Audiences were amazed at her marksmanship including splitting a playing card edge-on at 30 paces, hitting a dime tossed into the air and shooting over her shoulder using a hand mirror. 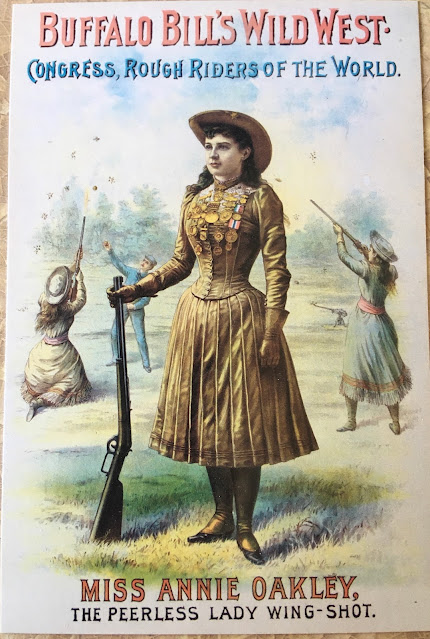 Here she is with her bird dog in her later years.
She was 66 years old when she passed away.
The write-up for Annie in Wikipedia is worth reading especially about her friendship
with Sioux Chief Sitting Bull. 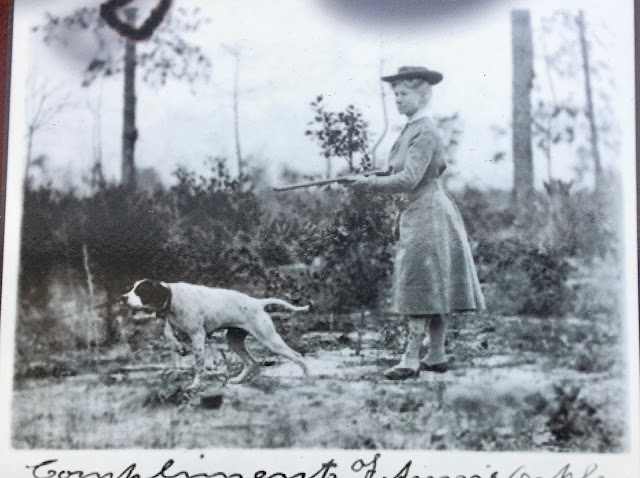 This is just awful. 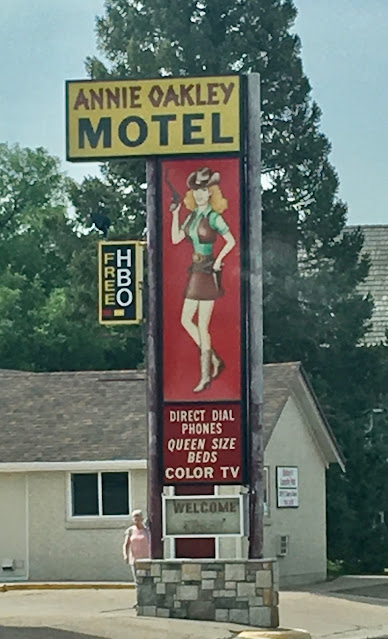 I take it that "Cultural Center" is stretching the definition of "cultural" just a little, then.

I've always had Annie Oakley in highest regard. That's so funny, a place that has name of another person just glomming onto these wild west people's activities. I feel sorry that they (the Oakley town citizens) didn't have anything besides the contest to remember of their own! And what a terrible contest at that! Throw some rotten tomatoes to their performance!

There was a big push to rid the West of its wild things. Part of the near extinction of the buffalo was a government push. "Shoot a buffalo, starve an Indian". One of those pesky facts you don't often hear about in cultural museums.

I wanted to be Annie Oakley when I grew up.