I decided we would leave Cocannon Wildlife Area earlier than planned.  Some food stuffs were running low or gone altogether.  But the wind was the deciding factor.  It would be out of the south and we were heading north next.  Back in town to resupply I saw that diesel had finally tipped over the five dollar mark.  We would have to travel even more wisely now.

This is a panorama shot on the other side of the earthen dam.  Just in front of the tree line is the water course from the outlet of the lake.  Looks like no water for a very long time.

The first wildflowers I have seen in Kansas.  Spring finally has arrived. 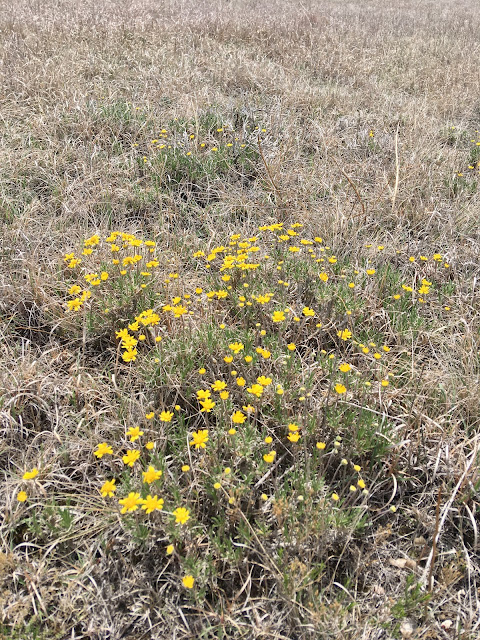 Pincushion cacti.  Small, about the size of a half a dollar.
I always wonder how a solitary cactus came to be when there are no other around. 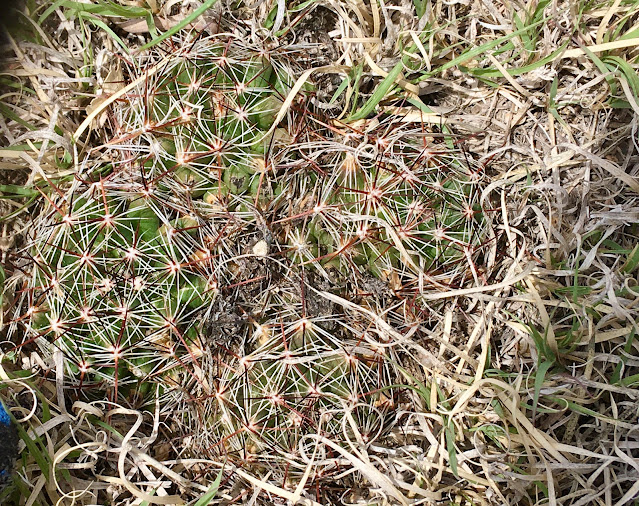 Most of the walks around here Beans was on high alert.  Some strange new smell always triggered her to fluff up her tail and the fur along her spine.  Not normal for her.
This response is called piloerection.  Tiny muscles at the base of the hair follicles contract causing the hair to standup giving the impression of being bigger and a ‘don’t mess with me’ warning. 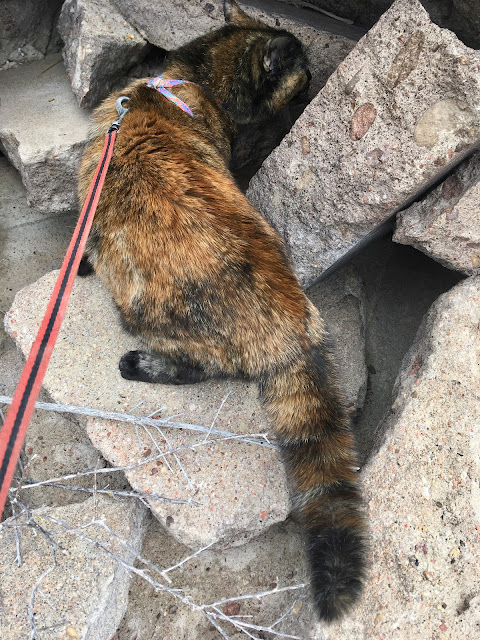 It was a tough decision to make; I hated to leave our peaceful paradise.
We averaged 23 miles per gallon for fifty miles.  It was a smart move.

When did the lake dry up and why?  —  I wondered that too.  The satellite image shows green and what looks to be some water at the time it was taken, whenever that was. 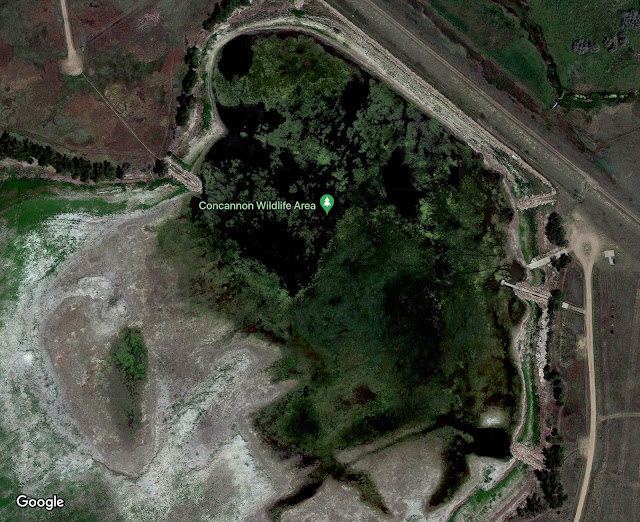 I guess all the lizards have also left the area. Beans sure looks like "Danger, Danger, Will Robinson." But not enough to flea apparently.

A couple of web sites I visited mentioned that Concannon Lake is "often" or "Occasionally dry". You may have just hit it in their dry season. Sounds like it's not a permanent thing, but then you never know with water levels all over being an issue.

Sad about the lake being dry, pretty flowers. Be careful Beans!

Beans was making it clear that was time to skedaddle.