Finding a Place to Stay

When we arrived in this town I had no idea where we would stay.  In the center of town I found a cop car with lights flashing blocking the roadway.  I thought an accident that I didn’t want to see.  Instead it was a parade coming in from a side street.  We were first in line waiting, thus we would be the last in the parade to drive down main street.  We didn’t want all that attention so I turned right.

On the edge of town we found the Scott City Park and Recreation area.  Next to the soccer field was this large dirt area about the size of two football fields.  This looked good. 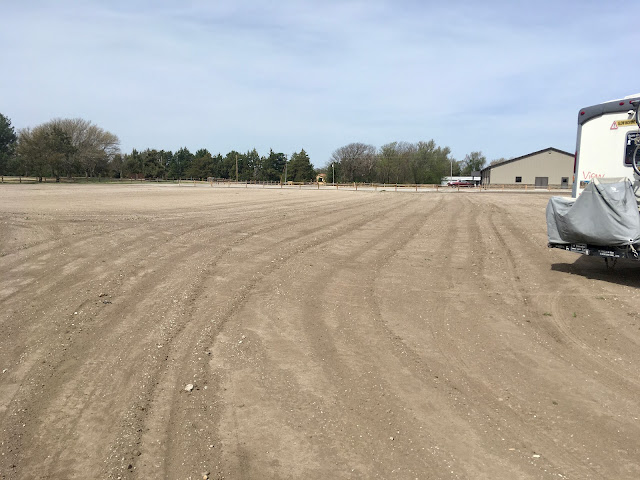 All afternoon no one ever came by so we stayed the night.
No problems. 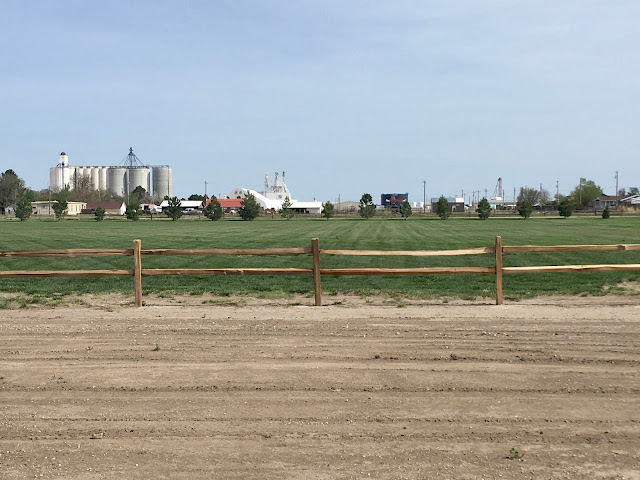 Nearby was a very nice four-field baseball diamond complex. 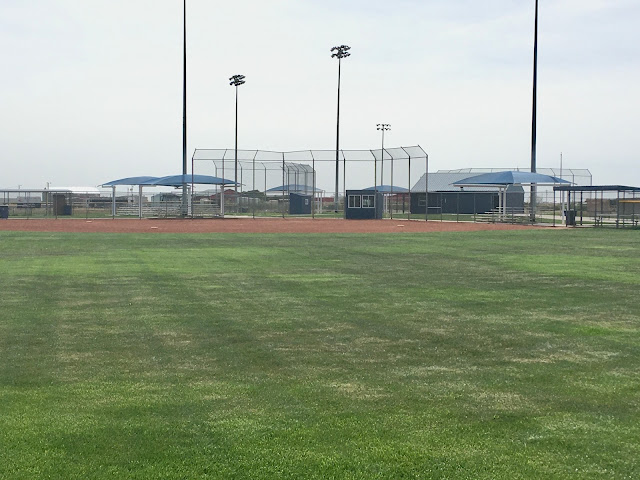 This left me confused.
How can I be welcomed without trespassing?
I moved on and bypassed admiring the baseball fields.
That is a beaver, their mascot. 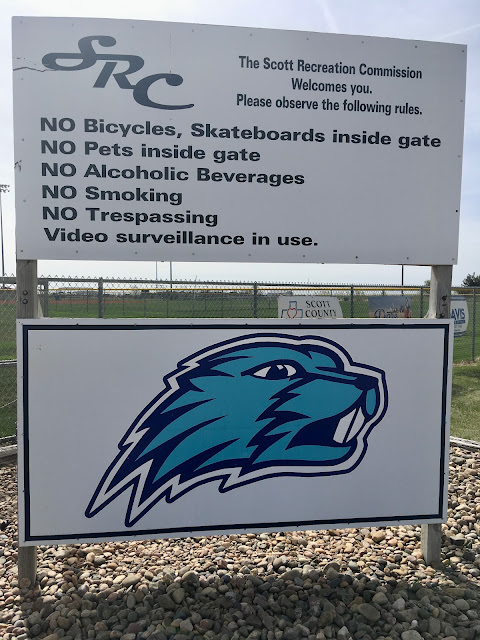 Let’s look at their pool. 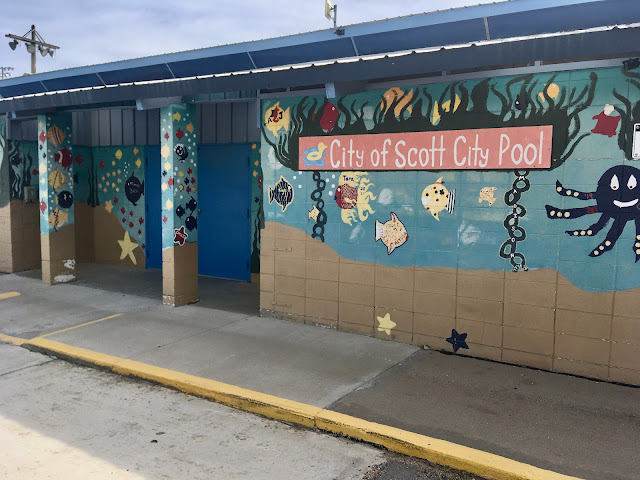 Looks like a nice set-up.  I guess they clean it all up when summer arrives.
For now there was just a male mallard duck enjoying the facility.
He is on the other side just to the left of the yellow water chute. 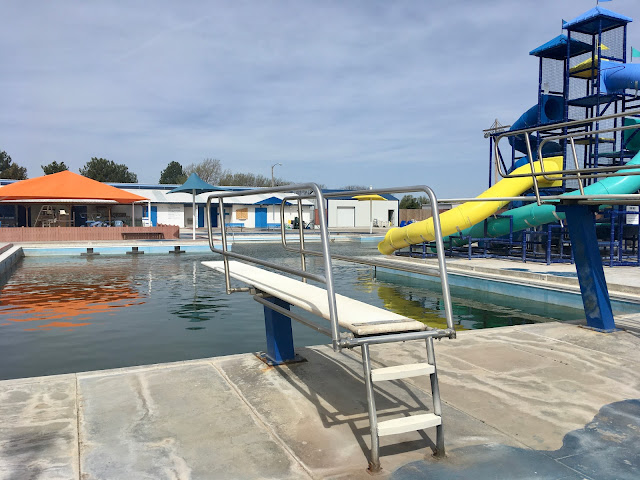 The usual children’s play area.
There was another between the baseball diamonds but I’d be trespassing to go take a picture of it. 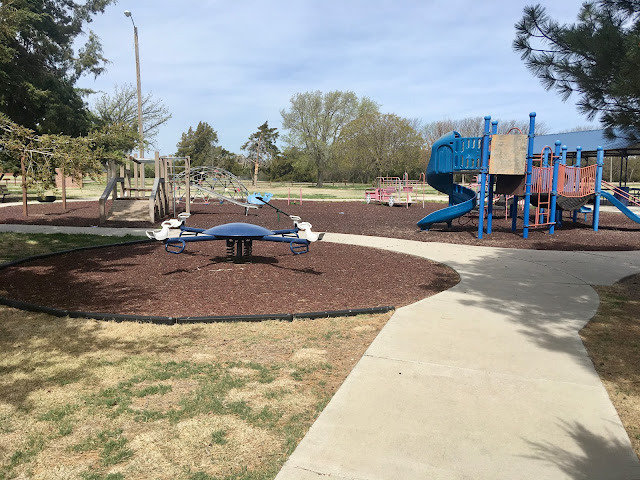 Besides a weather-worn tennis court and a disc golf course there was a batting practice court.
This looked as if it hadn’t been used in a long time.  Grass was growing in the cracks on the concrete, tumbleweeds lined the bottom of the netting.  It was coin operated and had four stations throwing balls at you at different rates of speed. 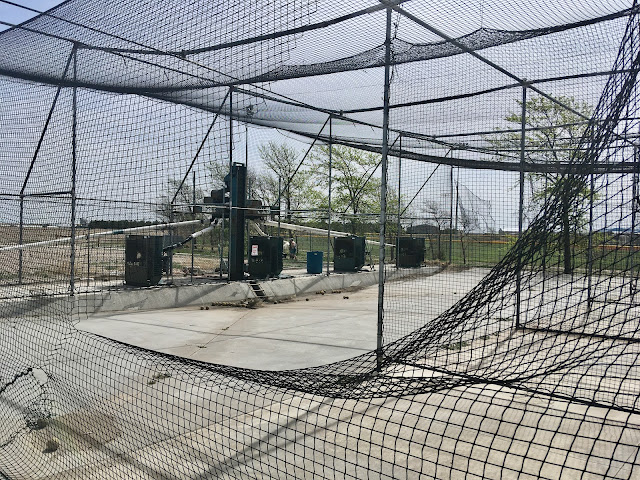 We would stay a second night.

Everything looks very neat and clean. I'd have stayed there too!

Have you ever had someone come along in the middle of the night to ask you what you were doing there? Or tell you to move along?

Scott looks like a very nice little town, but I am starting to get the idea that you don't hang around people much. :)