It was only 17 miles from Rip-Off Laundry to this state park.  I thought we should at least check it out but I had little hope of staying there.  Probably would need reservations, probably be too expensive, probably be too many people.

So you can imagine my glee in seeing this self-pay station.  Cool, drive-ins welcomed.  I read all of this information and felt that I could figure out how to do this. 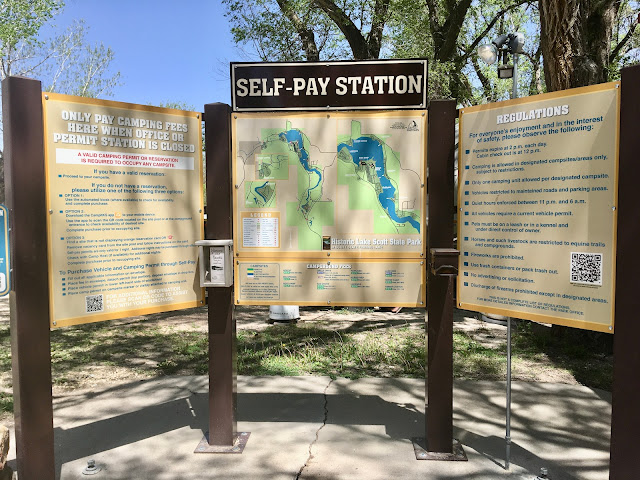 I had talked with a ranger lady and she asked what I was looking for - a place with no people - and she smiled saying “Well you want to go to Timber Cove” and so we did but there was no cell service there.  We came back to Flatland for we saw no people there when we passed by. 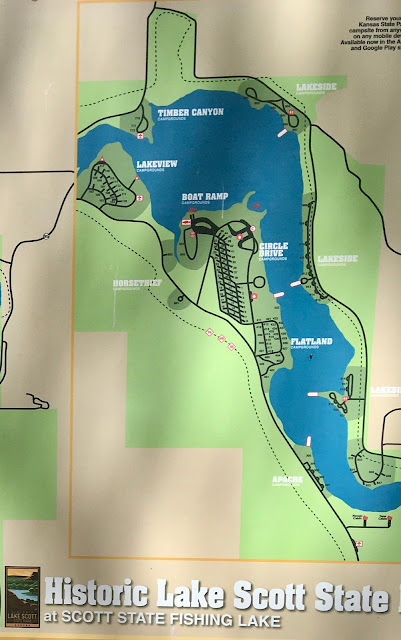 Yep, Flatland would do us just fine.
Price was $12.75.  That’s good for a State Park.
Circle Drive camp was across the road from us and that’s where all the people were for their full hookups. The price for that was $25.75 which was resonable. 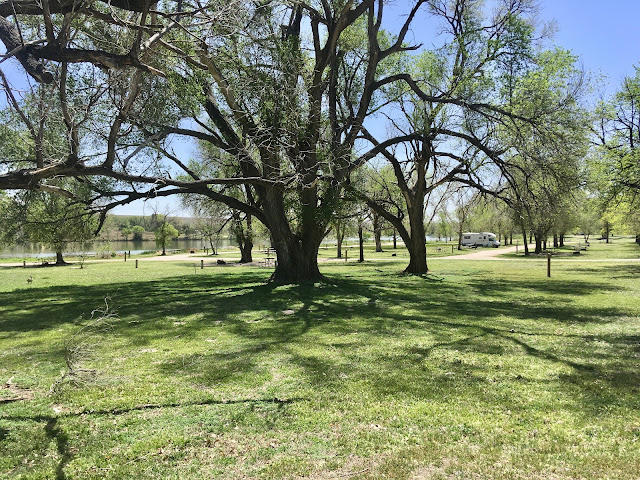 Unisex restroom and shower was right there.
That alone was worth the price of admission. 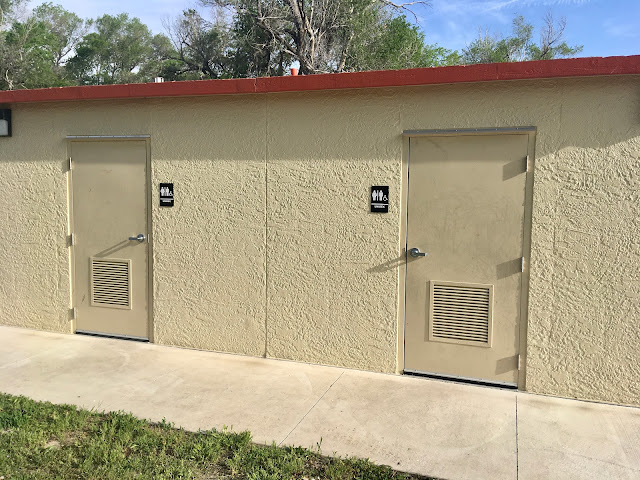 The shower was the same set-up as was Ute Lake.  That was the only similarity.  Push the button and it stayed on for a full minute and was comfortably warm.  Plus being a handicap access shower it had a second nice spray nozzle low. 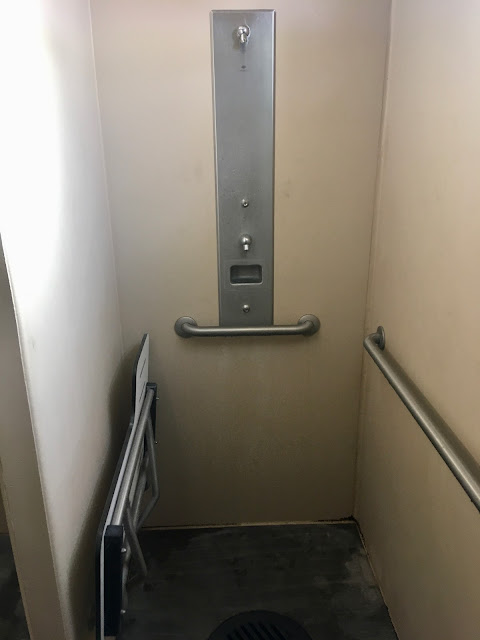 So very nice, clean and spacious.
Okay, that’s the last time I will mention Ute Lake.
I Promise. 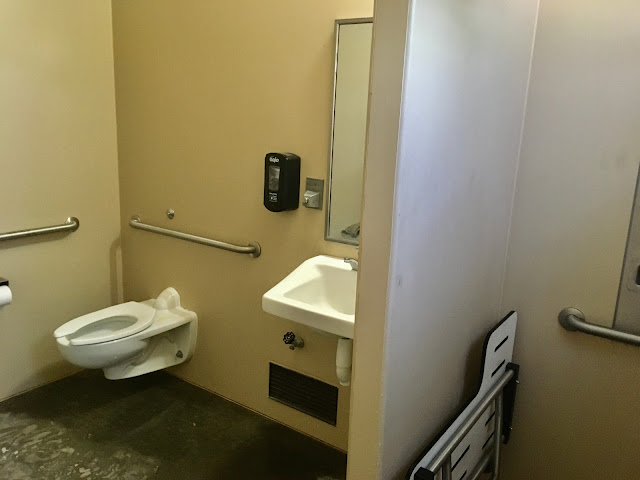 We took a walk down by the lake but it didn’t look very inviting for swimming. 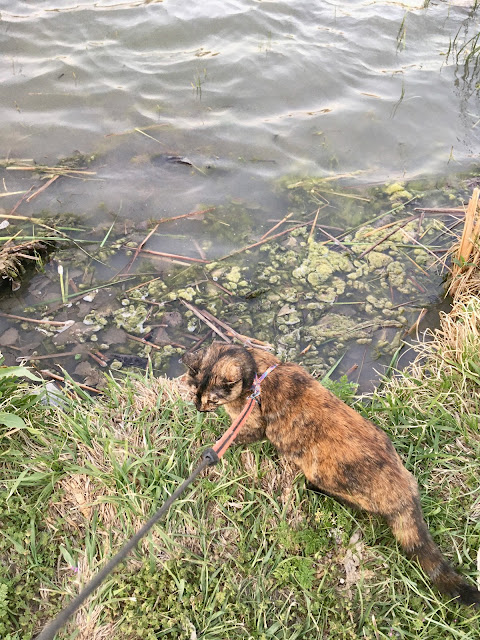 Later on though I walked down to the end of the road and discovered this which at this time was only open on weekends. 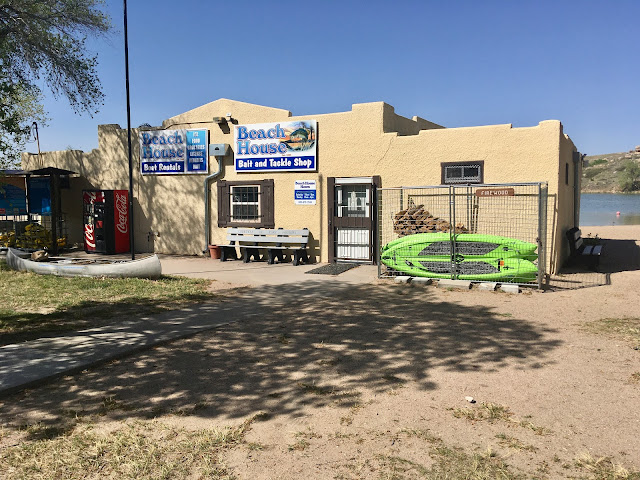 Around back was a nice sandy beach and swim area.
There was a five dollar fee for day use of the park if you wanted to fish, swim, hike or picnic. 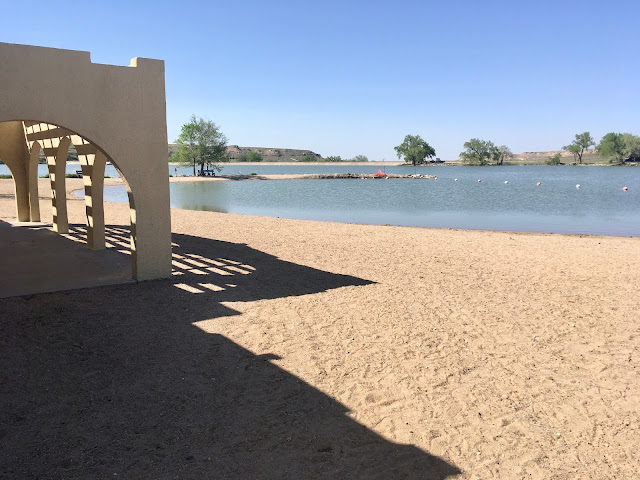 Canada Geese like this place.  They were all around. 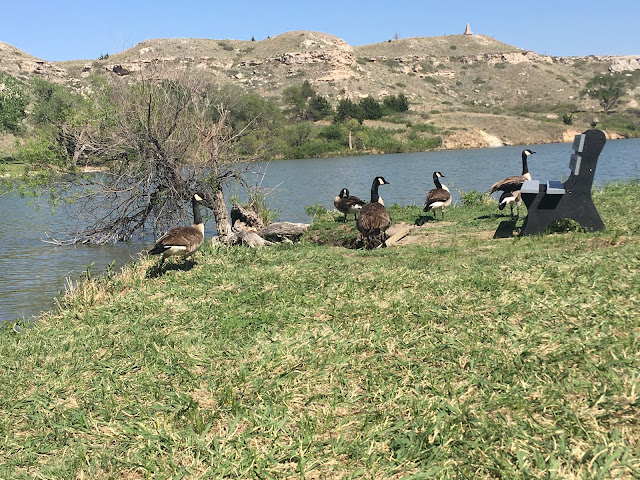 Beans had no interest in them. 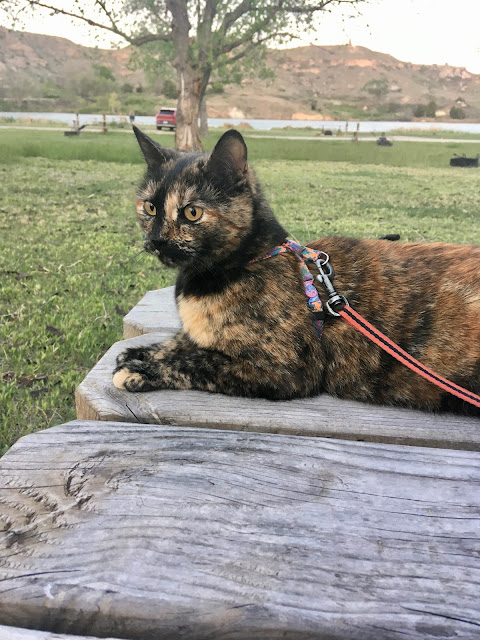 Ever since I went full time on the road I don’t do state parks as much as I did before.  There’s the complications of the reservation system, they are more expensive and they attract crowds of people.  Lake Scott State Park in Kansas was none of that.  It was like how state parks were decades ago. 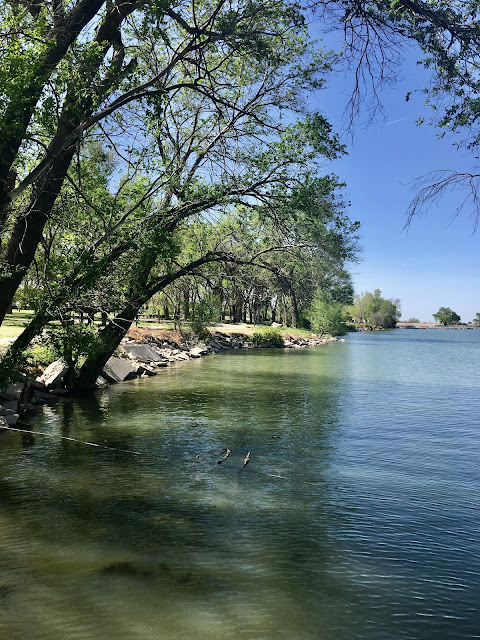 It was so nice we stayed two nights.  If it weren’t for the favorable winds for traveling I could have went for two more nights.  The really weird thing about staying here was NO ONE ever came by to check if we paid for either day and night.

What a great park...shhh! Don't tell or it will be full of want-a-travelers! So glad you had a nice time...and there should definitely be more parks like that!

Of all the places you've posted, I think this one is my favorite.

That place looks nice! I wanna go swimming. It's getting hotter than Hades in TX. Hope the weather is pleasant for y'all. Better find a good hideout for Memorial Day Weekend!