I live for days driving in country like this and on highways free from vehicles.

Ever since leaving North Platte our drives have been like this. 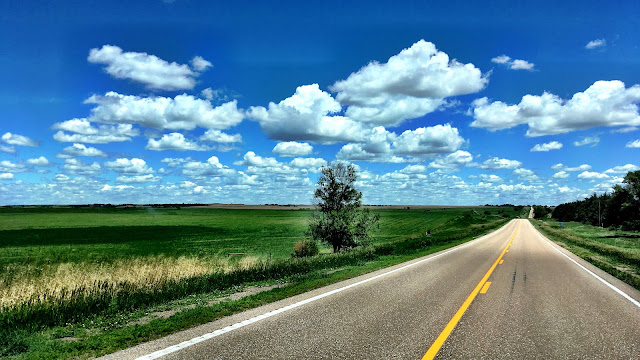 It was a short drive (34 miles) to Broken Bow from Arnold.  We’ve been trying to keep the drives between towns like that.  Tomahawk Park.  I could not imagine being here in a RV during the winter.
I’d die. 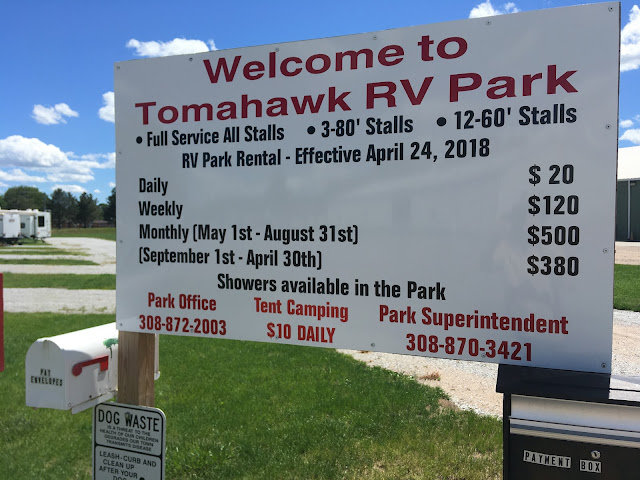 It was a nice facility but definitely not for us but then the majority of travelers are not like us either. 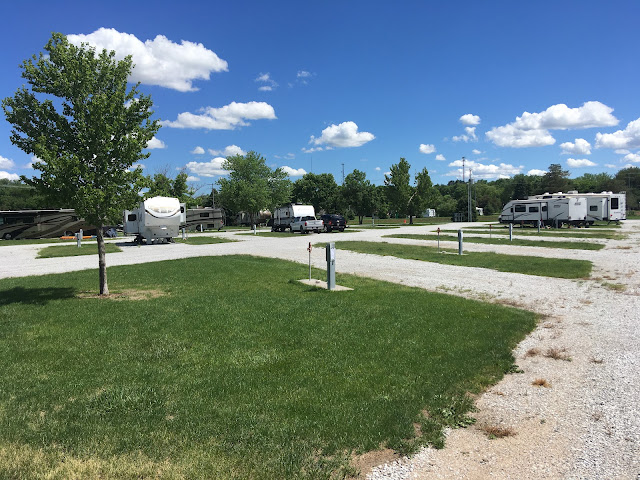 Within sight just up ahead was nice little area behind the baseball field.
A good place to spend the afternoon. 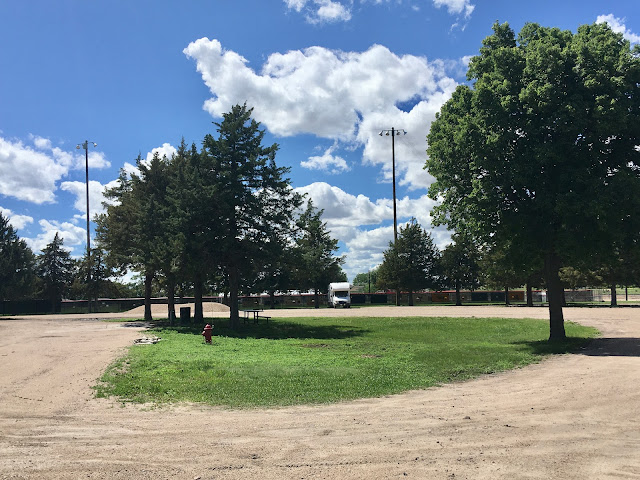 The view from our dining table.
Heck Beans, we may as well just stay here for the night. 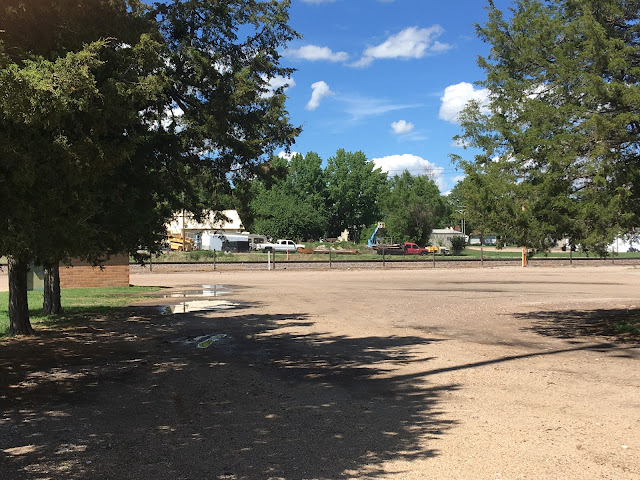 Uh-oh, trains!
These were coal hauling trains which seemed to come by every couple of hours or so.  The ones heading this direction had dozens of cars loaded with coal.  The trains heading the other direction were all the same except empty of coal.  Not one train went by with containers or box cars. 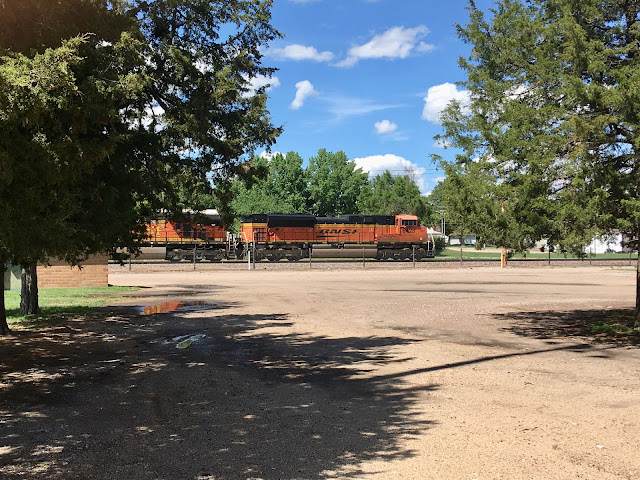 As long as they don’t blast their horns I don’t mind trains.
Me either sweetie. 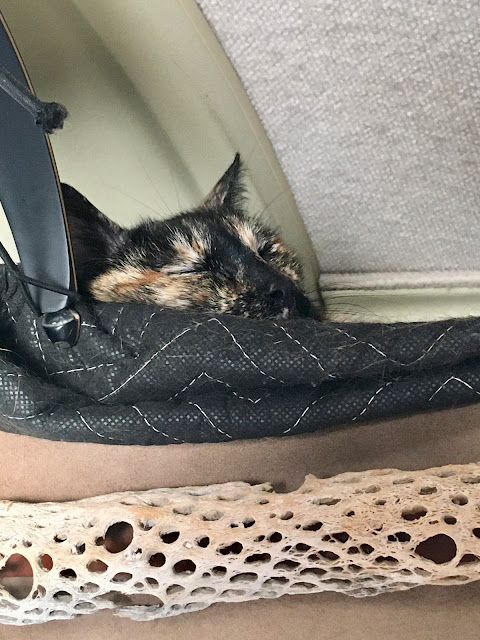 As we were leaving Broken Bow the next morning we passed their town square, a large pretty plaza with a pavilion and all just like you would see in the movies.  Unfortunately there was no place to park a small house for there were a lot of people milling around.  Something was going on.  But then, there again I saw yet another spinner-go-around piece of dangerous playground equipment being used by the kids.

Looks like a nice place to stay, very clean.

Since'75 every house I've ever lived in has been close to a train track, didn't plan it that way either. The one near me now is a bit farther from the house than the others were and not as loud in the middle of the night.

Do they still have children in Broken Bow or have they all sailed off to other counties at this point.

Oh man, that first picture is beautiful. I miss it...