We went to an Army Corps of Engineers Recreational Area along the Missouri River.

Unfortunately this one sat within the Crow Creek Indian Reservation. 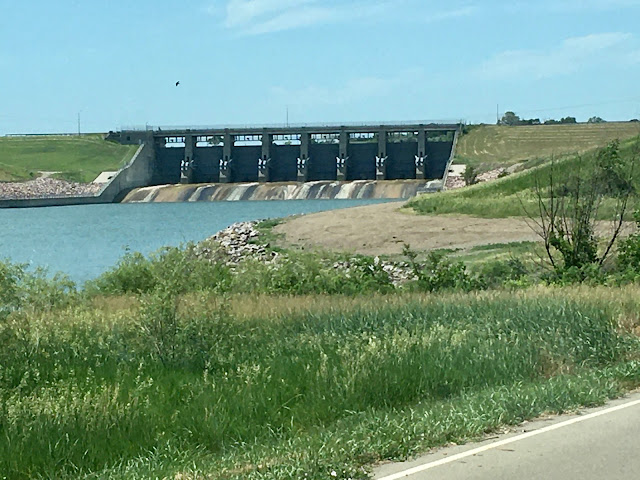 It appears the Corps have all but given up due to the vandalism and trash scattered about. 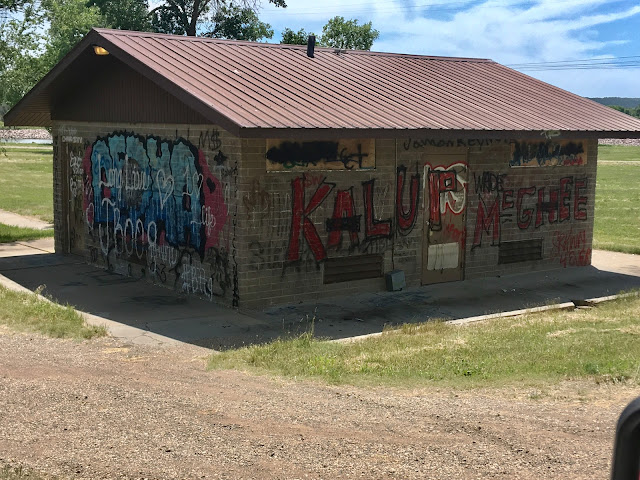 This is not surprising considering the people who live around here. 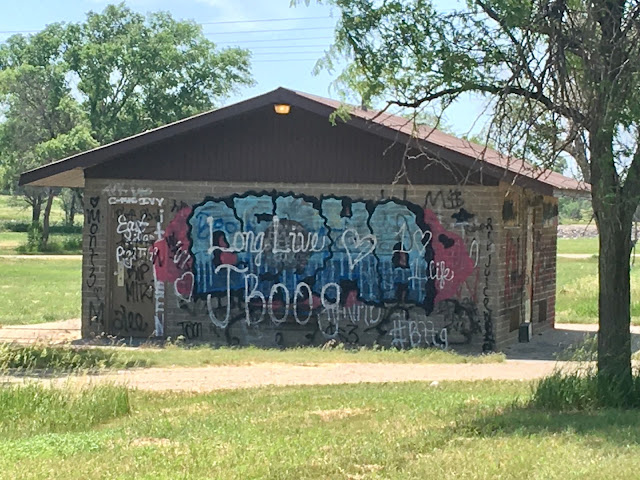 I have been through Indian Reservations in Nevada, Arizona, New Mexico, Oklahoma, most every state that has them and I am inclined to use the words “without exception” every single one of the reservation lands I have been through were thoroughly trashed. 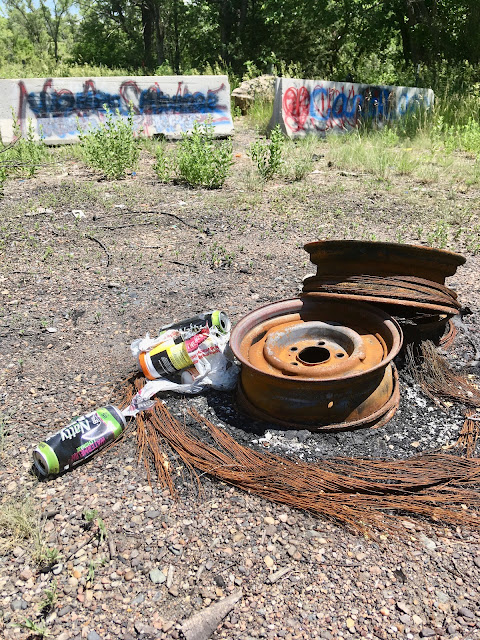 I remember one in particular in the Four Corners region -
that is where Utah, Colorado, Arizona and New Mexico meet. 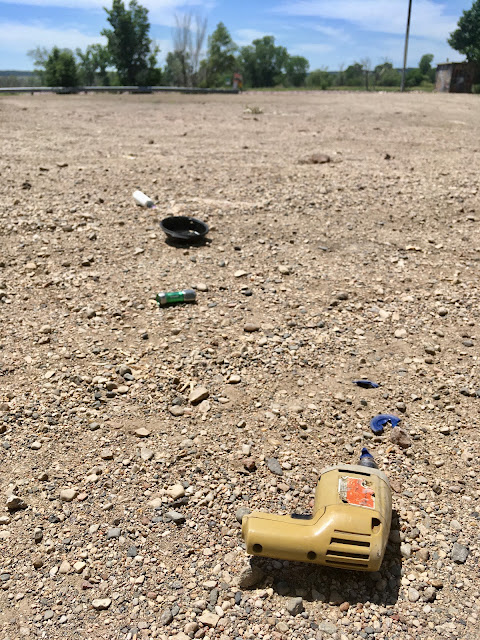 As soon as we crossed over the boundary where a sign stated this is such and such Indian Reservation immediately the litter alongside the highway began.  Beer cans, soda pop bottles, dirty diapers, plastic bags, empty boxes and cartons, tires, car parts and pieces, mattresses, sofas, chairs, appliances, etc.
And so it is with most all reservation land I have passed through.  It is appalling. 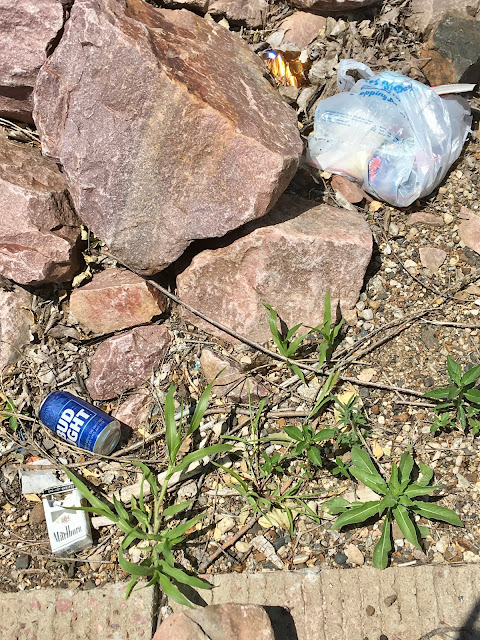 The pit toilet by the boat launch.  Both were missing their thrones.  Why would you steal a pit toilet?
One hole was covered with a trash can lid, the other stuffed with a plastic bag full of trash. 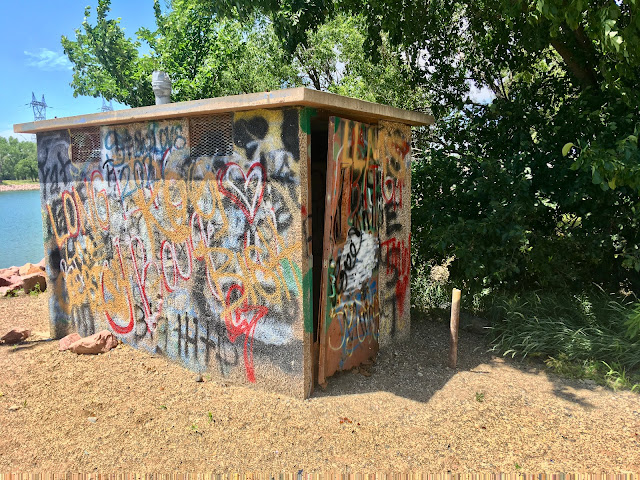 One had a swallow nest.  See the babies? 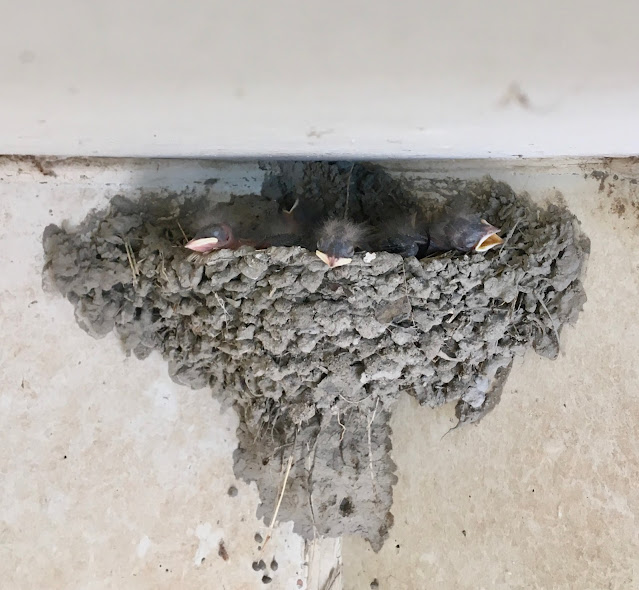 We ran out of shade so moved over to the campground area.
There were twelve sites, not one had a picnic table nor a fire ring.  Either they have all been stolen or the Corps had long since removed them so they wouldn’t be stolen.
But they had shade and we were happy. 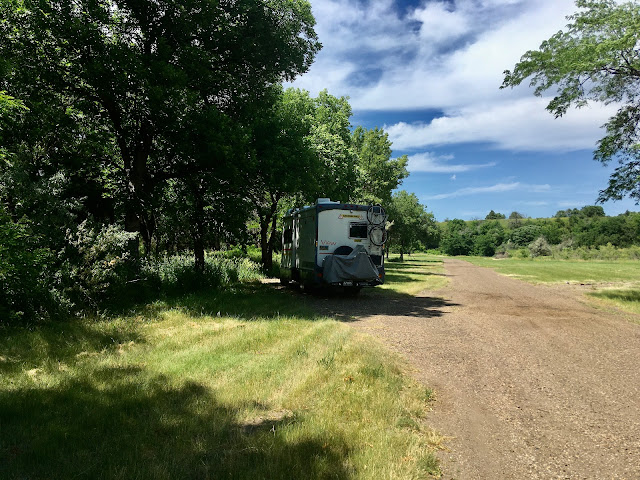 In case you thought conditions couldn’t get worse, the camp area didn’t disappoint. 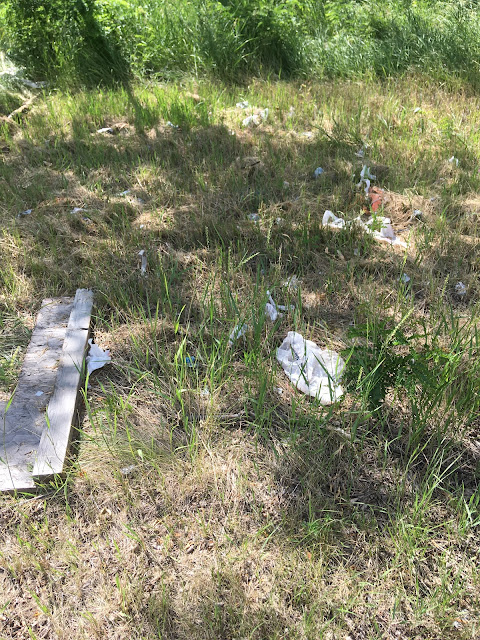 This from Native Americans, a group of people who you would think above all else would respect their land, Mother Earth, more than anyone.
The tribal elders for the Crow Creek Indian Nation should be ashamed. 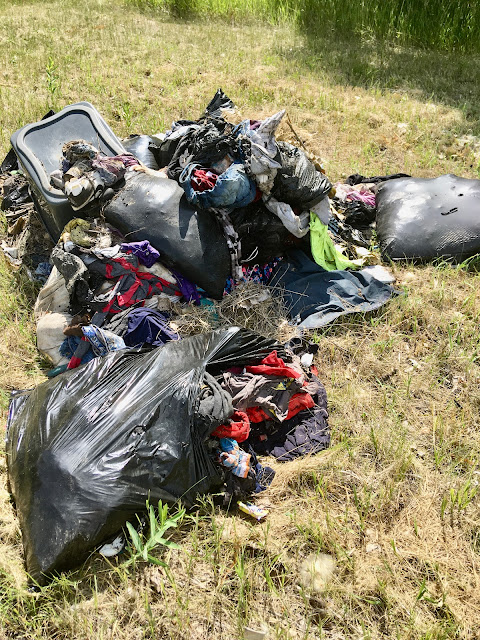 But they are angry. Perhaps it comes out destructively in lack of respect for those areas of intersection with the conquering whites. It is sad to see how the youth have grown up with this anger while living in poverty and watching TV shows of the rich and famous...a trigger which often leads to alcoholism. Very sad situation of a culture as it is dying.

From what I understand it's not the Native Americans that are/have done most if not all of the damage like that. It's the other people in the area and the people passing through. The tribal elders could have it cleaned up but it will only happen again. Sadly, there is graffiti and trash like that in so many places in the U.S. and elsewhere.

I love the babies in the swallow nest!

I don't see that mess on First Nations Reserves in Canada.

It's very sad all over, I don't get it..
If they've visited, camped etc, and enjoyed the areas why trash them.
I've found disgusting actions in our own Washington FS campgrounds.
My late wife and I would go around to all the campsites putting out campfires left burning...WTQuack?...

It is a difficult thing: expecting people to respect a land when we afford the people themselves little or no respect.