We left Barnett Park and drove over the few miles to Walmart for the night.

I was eating a Walmart dinner when there came the dreaded knock on the door.  I looked out and saw a police car.  Crap!  I thought we were going to get run off.  Instead the officer just wanted to let me know that there was a camper park in town in case I was unaware.  That was really nice of him.  I did know and explained to him that I had shopping to do in Walmart and “at this time of the day I don’t have the energy to compete with shoppers.  I will shop in the morning and plan to go over there afterwards.  Thank you.”

We chatted for awhile him saying he wished he could do what I was doing but, “We have two huge dogs plus the wife doesn’t like camping all that much.”  I said nothing. 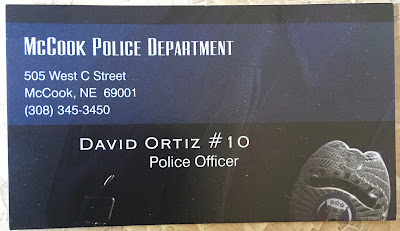 After the morning shop we drove over to the other side of town and found Karrer Park ideal. 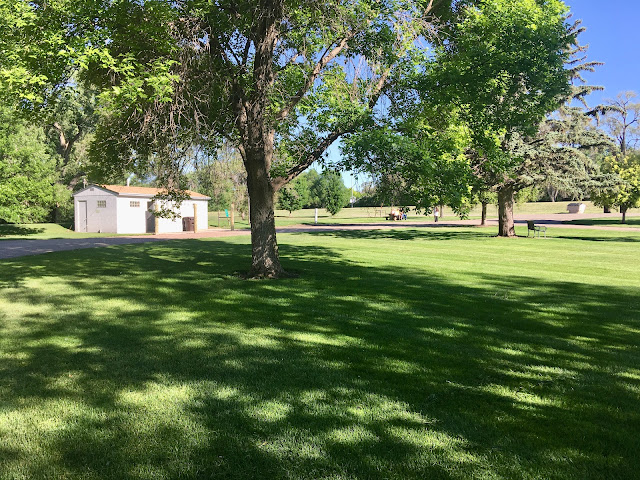 I picked a spot in the shade which proved to be a bad choice.
It was too cold in the morning and never had sun all day to warm my bones. 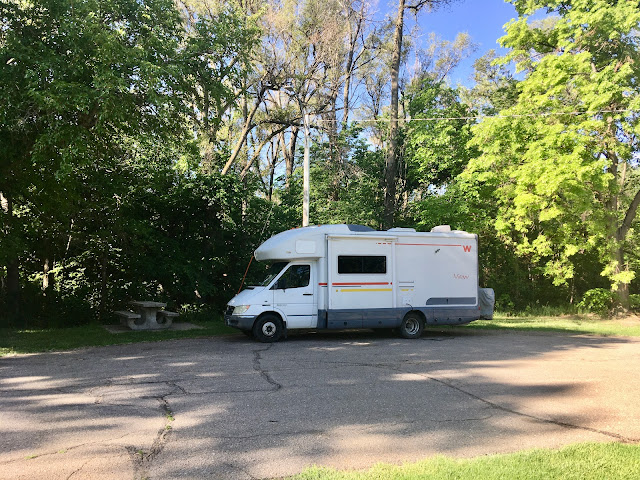 I picked that spot thinking I could plug in (can’t recall the last time when I ever plugged in) which meant the refrigerator could run off from electricity saving on propane and not needing sun for the solar panels.
Notice this is all free. Very rare with electrical available. 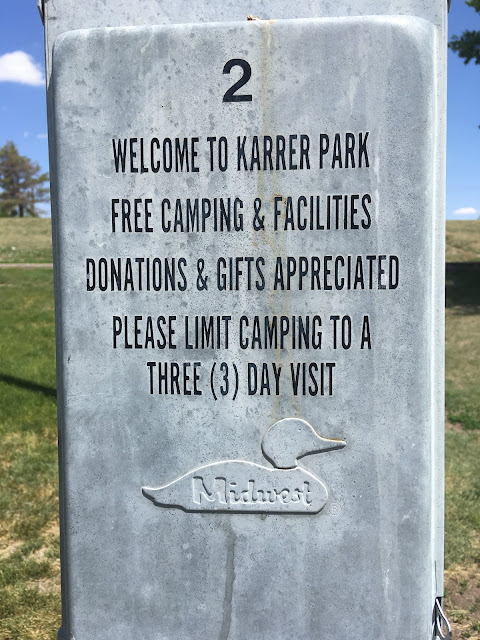 I was all excited about coming to this park for Officer Ortiz said there were showers.
There were no showers.  The women’s restroom had a sign taped up inside saying so.  Possibly that side door is the shower but they are closed off now. 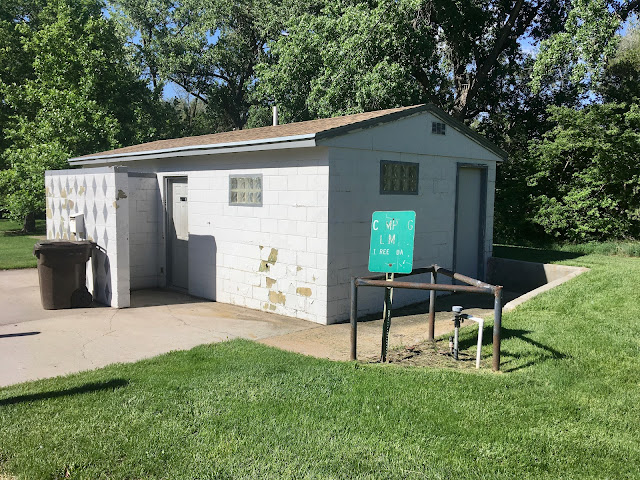 They do have a dump station which I have no need for but this is just another rare feature for a free stay. 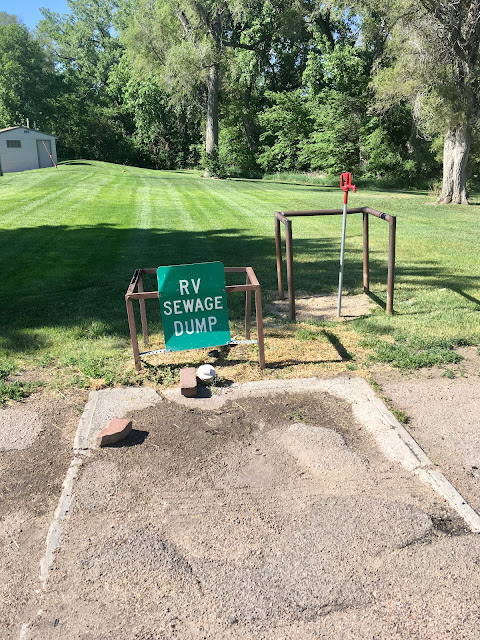 I’ll add that in all my years of traveling I have never had a police officer knock on the door.  There may have been one time long ago back when I had Sinbad that a rent-cop knocked while we were at a Walmart.  I think.

I had to look up an image of the giant stride.  I kind of remember it but didn’t play on it too much, probably because I was short and all I could do was just hang there.  Tether Ball was another one that being short was a problem.  I’d go find one with a long rope so I could frustrate myself by missing the ball every time it came around or worse, miss the ball and hit the buckle or rope with my fist.  Not fun.  I probably would then wander off to the uneven bars and wait for some girl to hang upside down.

A nice camping park, with facilities which aren't open. Too bad about the showers! I didn't know what the "Giant Stride" or May Pole playground equipment was. We had an "Ocean Wave" which was a bit similar...pole high up with a metal cap which had a bunch of long metal pipes from which hung a large donut of benches...you'd sit on them, and the whole donut would go around as well as up and down.

That's pretty nice that a town has free camping. Do you come across that often?

That was nice of him. I wonder how many people wish they could do what you are doing.