Now I am Collecting Bird Nests

Leaving Burke we had to drive west for ten miles to Gregory in order to continue on north.  At the junction of the highways was a Subway so I picked up a sandwich for later on down the road.

Pheasant hunting is a big thing in these parts.  I have never eaten pheasant.  Probably tastes like chicken. 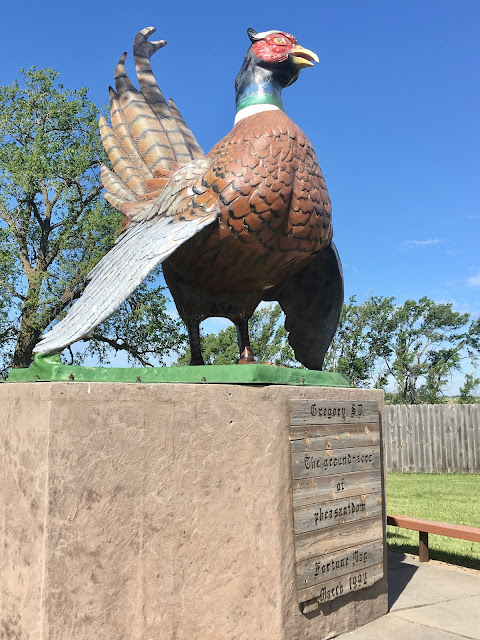 Fifty miles later we stopped before getting onto the interstate.  Time to eat half of that sandwich and let Beans explore some.  She dragged me over by a low tree where a bird nest sat on the ground having been blown out.  Guess I am starting a bird nest collection.  The top one was found back in the Oberlin, Kansas camp.  This new one below is rock solid and heavy in comparison.  Looks to have mud within the lower portion.  It is just amazing the work birds put into weaving a nest. 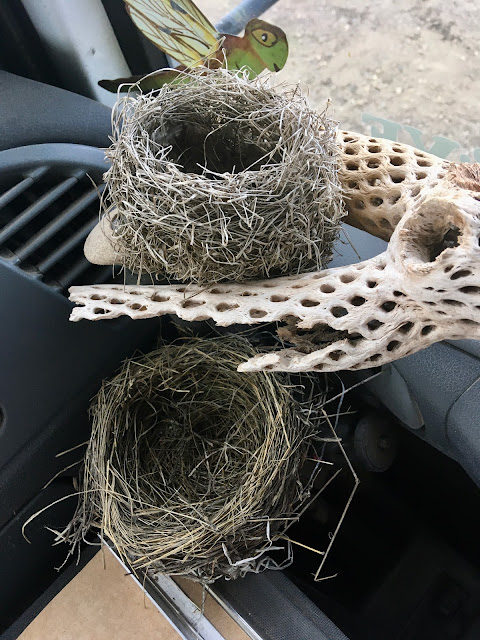 Look at the workmanship that went into this. 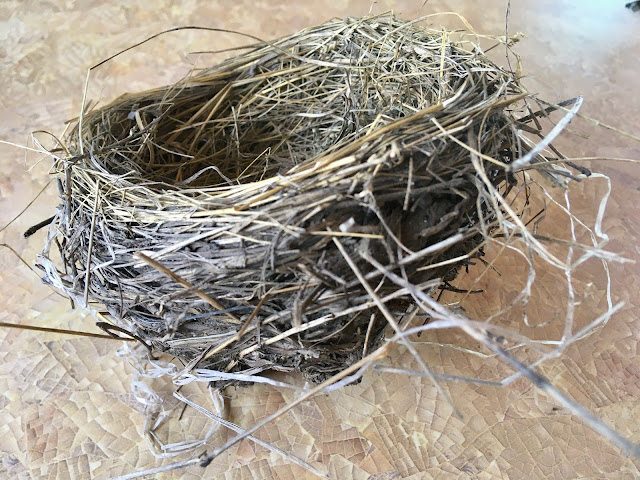 You can see two indentations at the bottom where the nest sat between two branches. 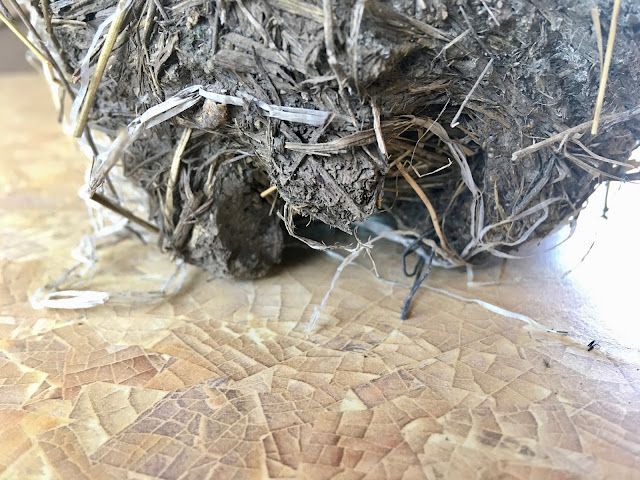 I put in a Robin’s egg to give you an idea of size.
I have no idea what bird made this.
Hopefully they were able to rear their babies before catastrophe struck. 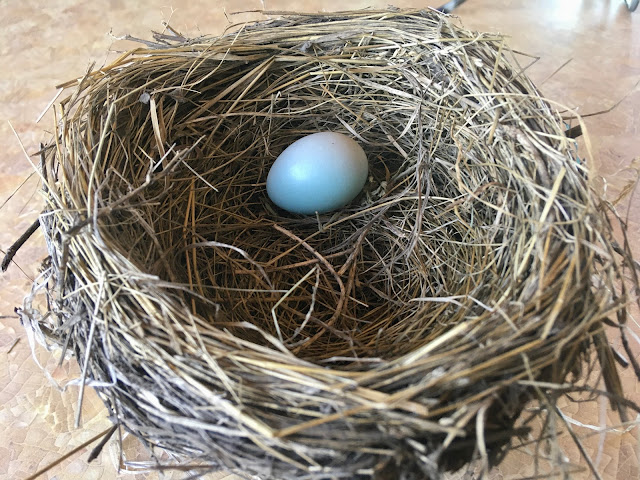 We now turned east onto the interstate for Chamberlin, S.D. to pick up some groceries.  Strange store.  They had a water machine for 39 cents a gallon.  Great as I was down to a half a gallon left.  I filled four one-gallon jugs.  At the checkout while the kid bagged the groceries the cashier lady says to me “You can’t take the cart outside. He’ll carry your groceries out for you.”
“Why is that?” I asked.  “Do people steal them?”
She said “They never make it back into the store”.
Yes, I stood there with this confused look about myself.  Deer in the headlights look.
I told the kid “You can take those four jugs.  I’ll carry the bags.”
So I questioned him on this as we walked out.  He says the carts never make it back inside.  “They’ve been doing it this way ever since I started working here.”
Think about it: Ten shoppers have their groceries taken out for them.  He makes ten trips.  On the other hand he could make just one trip to retrieve ten carts.
It is a small parking lot, not much bigger than the store itself.
Goofy policy. 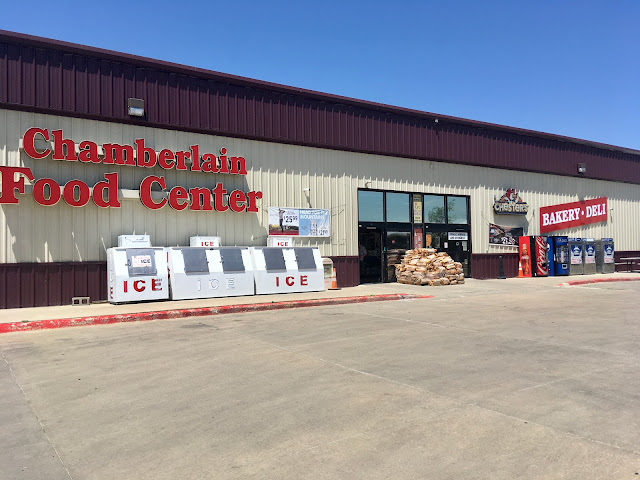 One of the items I purchased was a bag of oranges.  I noticed “Product of Morocco”.  Good grief!  How can that be profitable transporting all those oranges across the Atlantic Ocean to South Dakota? 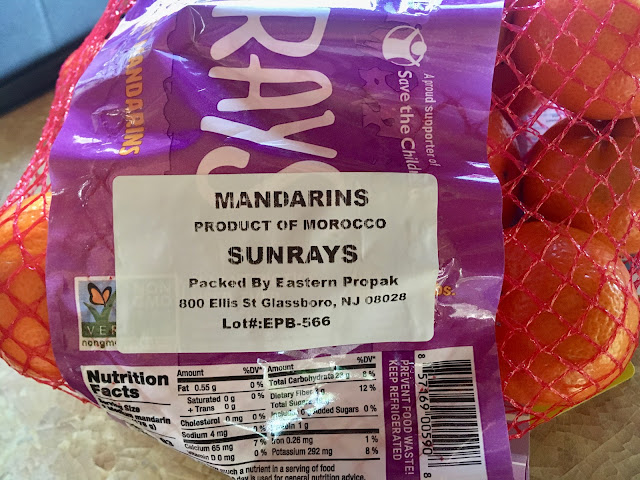 Hope you enjoy your Mandarins. I'm about to embark on a week of Nectarines, which came from Calif and were picked June 3...they were on sale last week, and smelled SO good...but were hard as rocks. So this week I'll be eating them!

I've seen people pushing store carts down the road so I understand why they have that policy.

I hope the bird had already flew off and that nothing happened to them.

One of my sons loves oranges, but my favorite fruits are nectarines and bananas.

I like Aldi's method...you pay a quarter to unhook a cart and you get that quarter back when you return it. Very strange how one quarter is such a motivator.