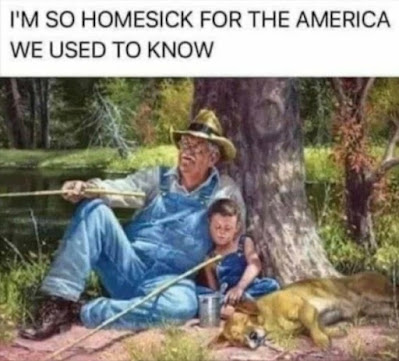 Well don’t be.  It is still out there.  You just have to find it.
Taylor, Nebraska is a prime example.
Population 180 in a county with a population of 664.
Fact: Taylor is the only town in Loup County,
and yet still they have a traveler’s RV Park. 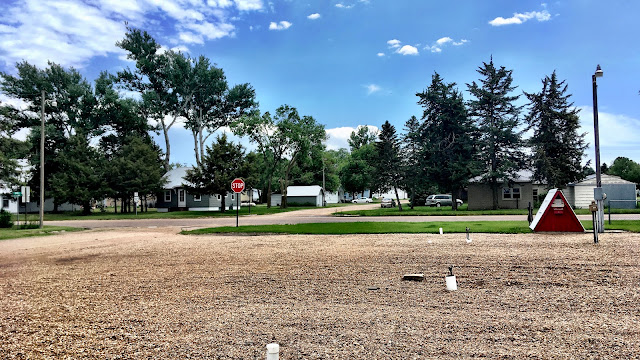 The well house.
You’ll see more of like the little girl spinning later. 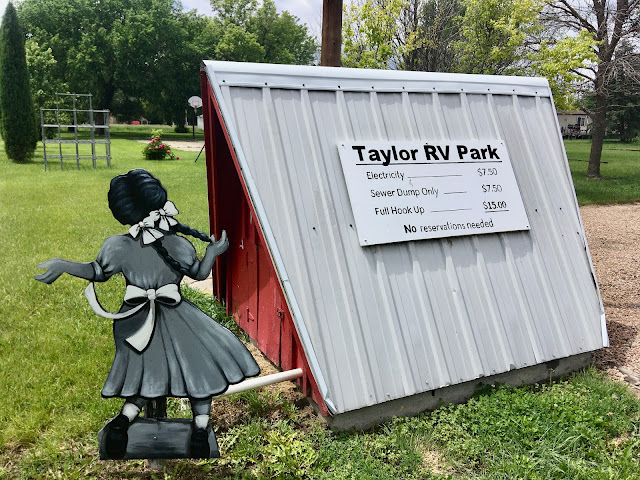 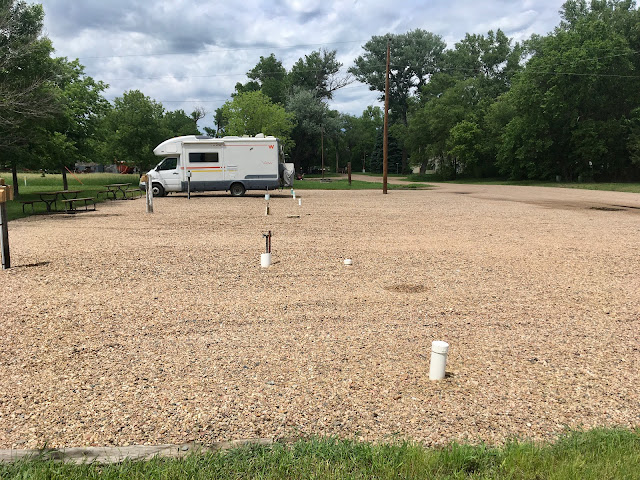 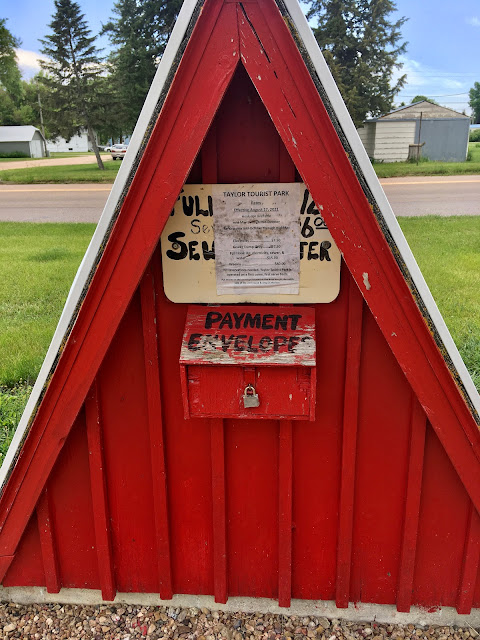 I took a walk around the town. 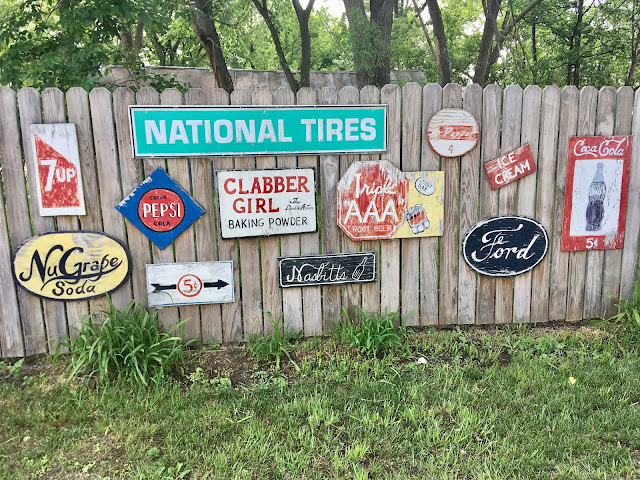 Not one paved street in town.  Just highways 91 and 183 are the only asphalt roads.
Good hard packed crushed gravel.
These streets are smoother than many paved roads I have seen in small towns. 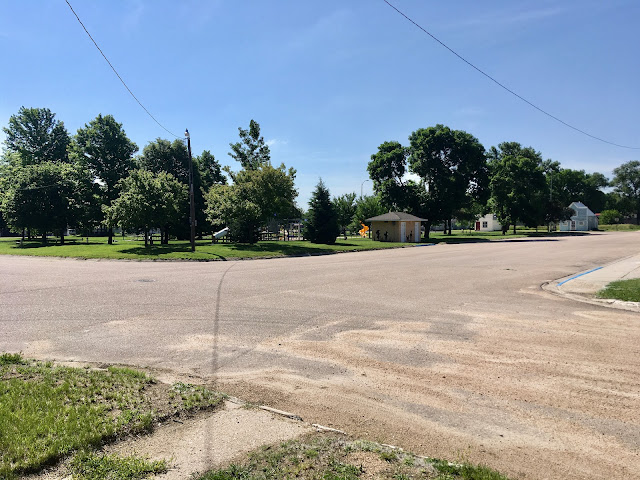 Their park in the center of town at the intersection of the two highways.

The park had homemade playground equipment.
Monkey bars and a swinging bridge.
Imagine the possibilities with splinters here. 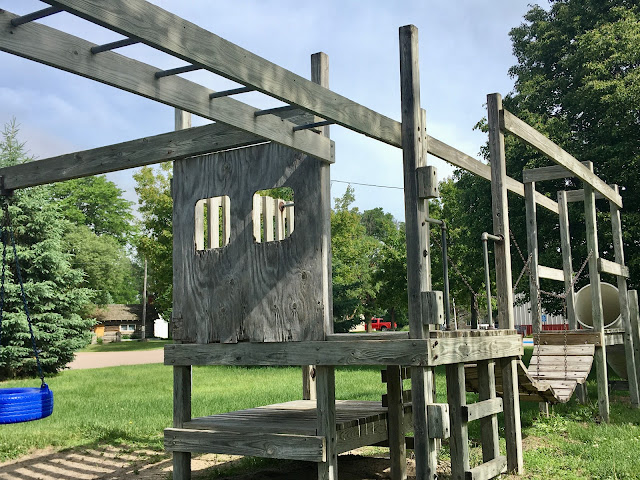 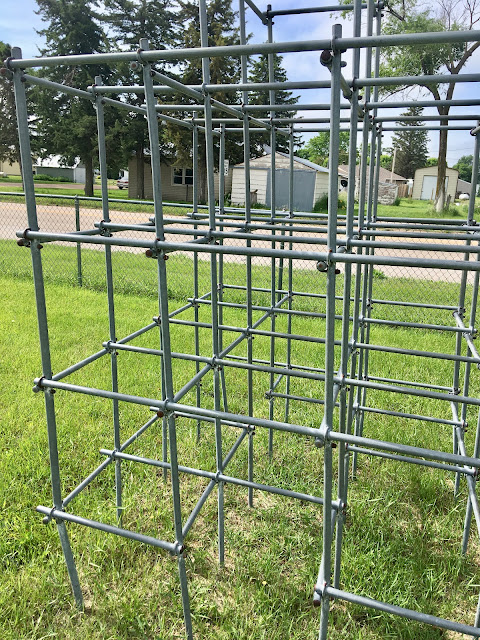 The Pavillion Hotel across from the town square/park dates from 1887. 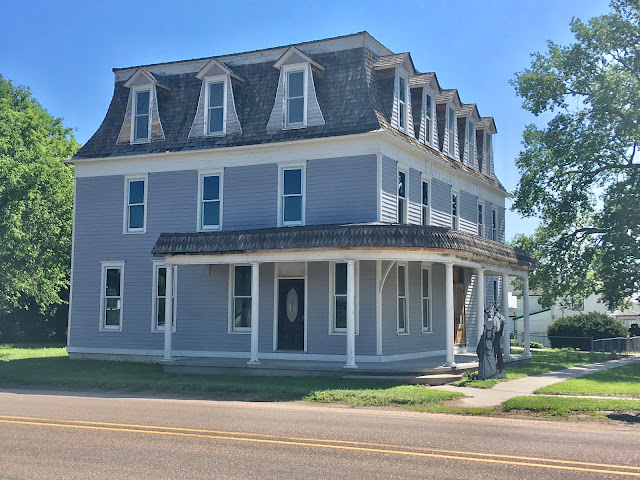 No longer in use except for storage it appeared. 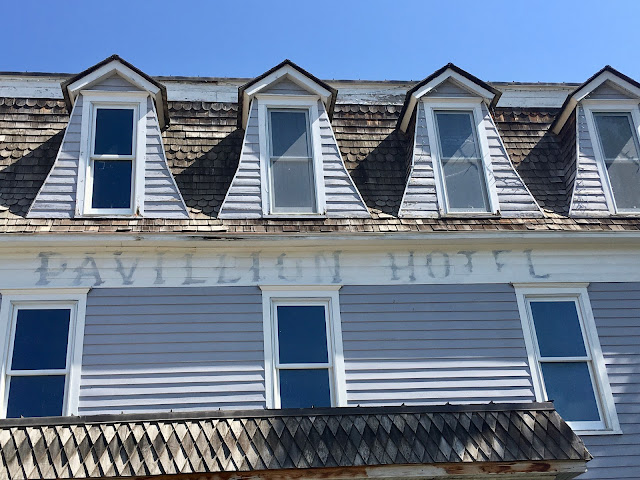 The picnic lady asks you to come back tomorrow and meet Taylor’s Villagers. 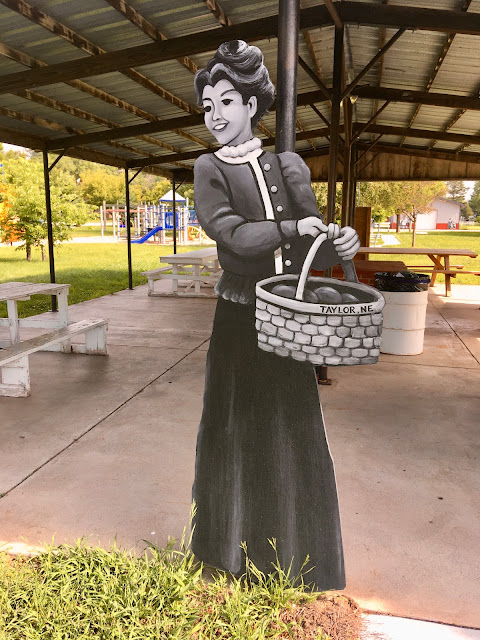 Whoever the playground equipment creators were, they should have sealed the wood and maybe painted it. It doesn't feel like where I'd want a child's hands to touch. And even though that's the configuration of my childhood jungle gym, I don't remember how the ends of the pipes were just sticking out like that.

It is nice to know that places like this still do exist.