We left McCook, Nebraska for the small town of Maywood (pop.249) thirty-two miles due north that supposedly had a city park with camping.  All we found were the school grounds.  Nope, don’t want that.

Next on the list was camping near Wellfleet ten miles further.  At the end of a dead end road we stopped.  A lady was out pruning some sticks.  She wandered over when I rolled down the window.  While she is telling me how to get to where we want to go Beans is standing next to me on her litter cabinet. "Meow, meow, meow".  I say to the lady "Excuse me a second" and turn to Beans.  "WILL YOU BE QUIET!  Just like a little kid.  She had a nice yard and Beans wanted to explore.

We found the place but it was too unlevel.  We went back out the road and crossed over into WellFleet itself.  Population 78.  Dirt streets.  I asked the trash man where the campground was the sign out on the highway indicated.  “Well ya go up two “streets” and turn right, cross the railroad tracks and you’ll see it.  Only they are doing road work so be careful.  I almost got stuck.”

“Well thank you but I think I will pass.  I don’t need any adventure this morning.”

And so we continued on north twenty more miles winding up at Walmart in North Platte, Nebraska. 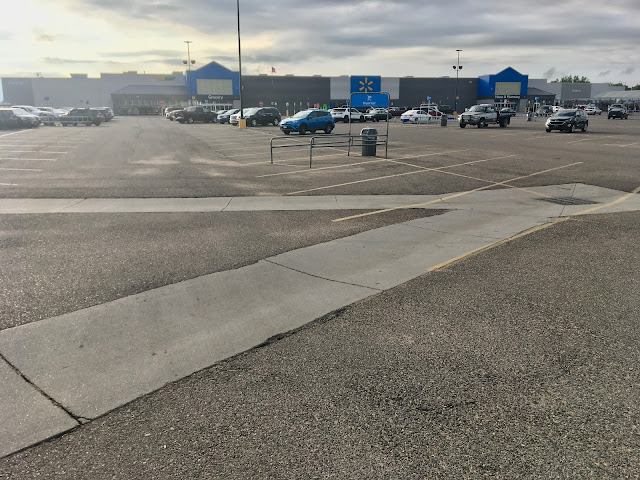 It was a good spot with the big rig trucks off to themselves in another lot. 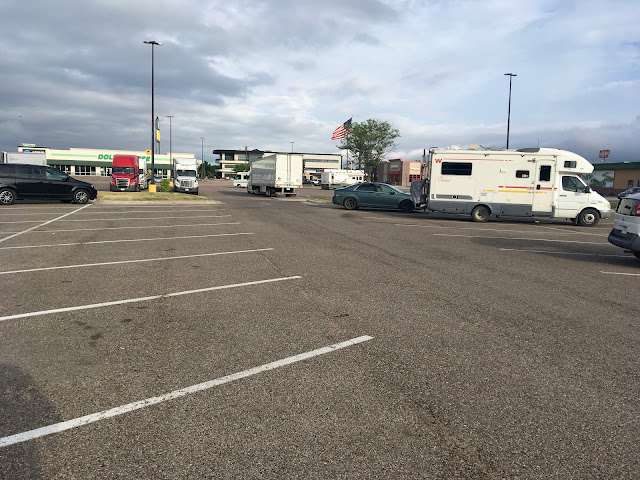 I want out!
Good grief Beans!  Its just a Walmart parking lot! 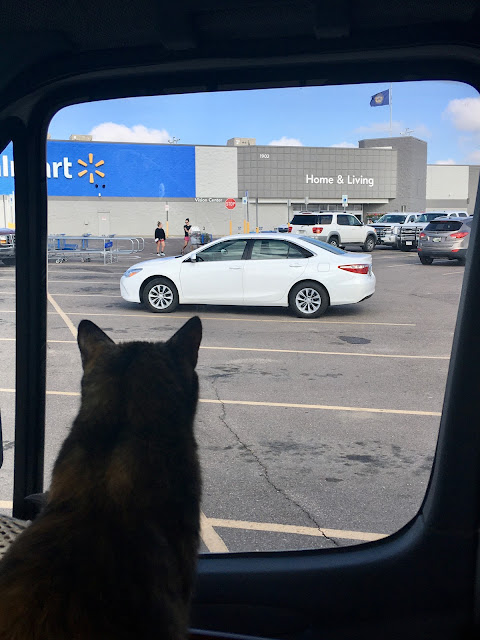 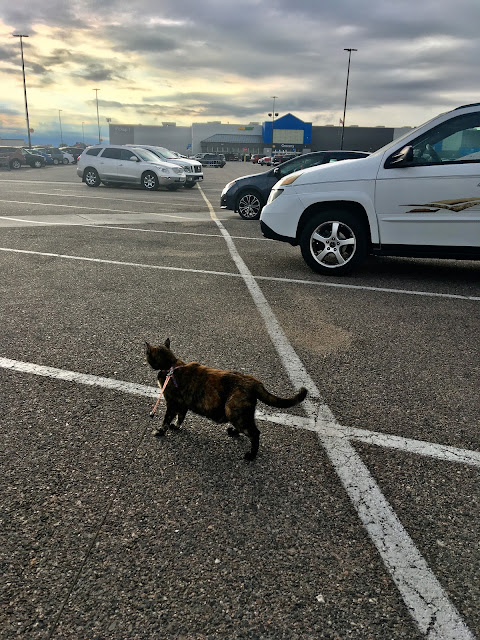 As all cat owners know, Beans is in charge!

North Platte Nebraska.... I think I have been there. Is that where there are sculptures of buffalo and Wells Fargo riders made out of barbed wire? And a big arch across the highway with a museum inside?