These two cyclists pulled into the park late in the day.

What caught my attention were the trailers with solar panels. 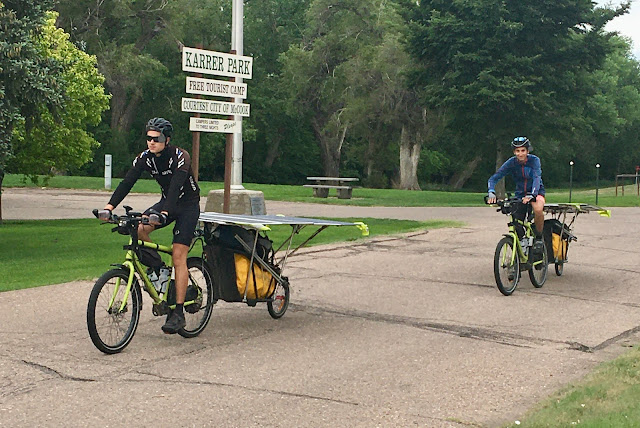 Each bicycle had electric pedal assist with 440 watts of solar.
That is twice the solar that we have on our home. 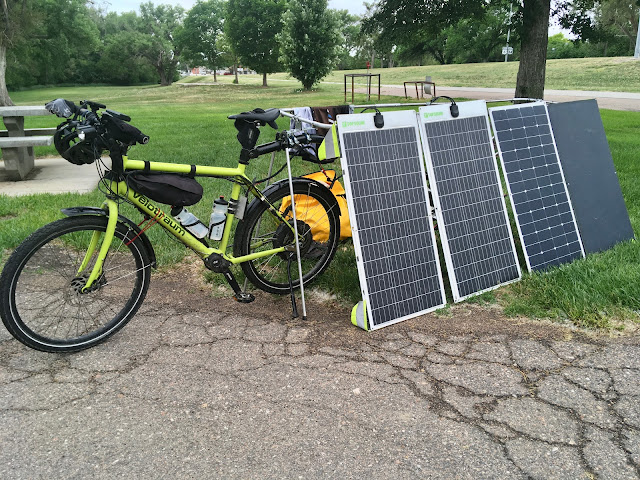 They need that much wattage to keep the battery pack for their electric bicycles fully charged. 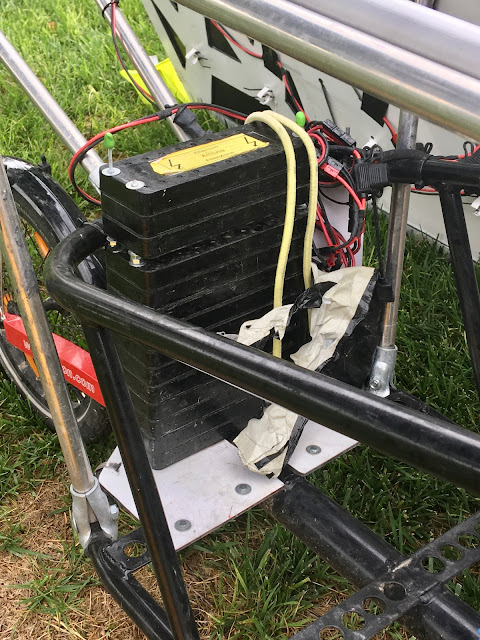 A powerful thunderstorm just barely nicked us early that evening. 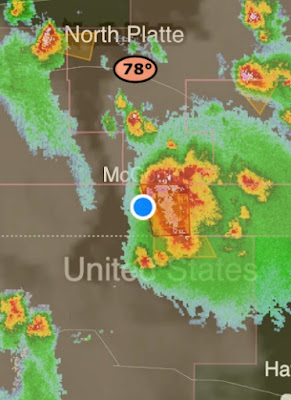 The wind got roaring.  Lightening flashed all around.  We were spared the golfball size hail.
Here they are watching the weather wondering if their tents were going to blow away.
Worse though for them was the sprinkler system came on at one in the morning. 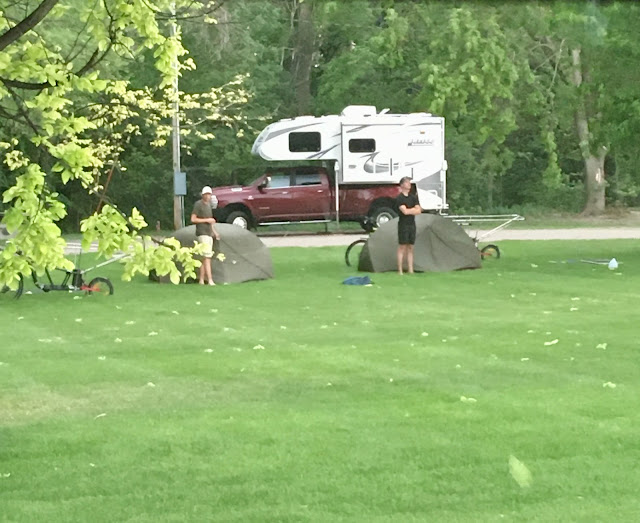 I visited with them in the morning.  Kaspar and Johannes are from Switzerland.  I asked where they started out (New York) and where they would end up (San Francisco).  With the power assist they average around a hundred miles a day with ease compared to doing so the conventional way of cycling although they are carrying quite a bit of weight.  I left them to packing away their wet tents while I ate part of my breakfast.  I got online to look at their website.  HOLY COW!
The fellow on the right said the site was https://z2z.ch/  z2z meaning Zurich 2 Zurich which I interpreted as two guys from Zurich.  It is Zurich to Zurich - these guys are going around the world!!
And they are planning to do so in six months!
The NY to SF reply he was referring to just this segment.  He thought I understood the Zurich2Zurich.
I for sure will be following along on their blog to see how they progress.
Maybe you will want to also.
The guy on the left said “there is a lot of nothingness” referring to all the miles they have been putting in since reaching the Great Plains.  He also said he was amazed at the size of motorhomes they are seeing in the U.S.  “Yours would be as big as they come in Europe.” 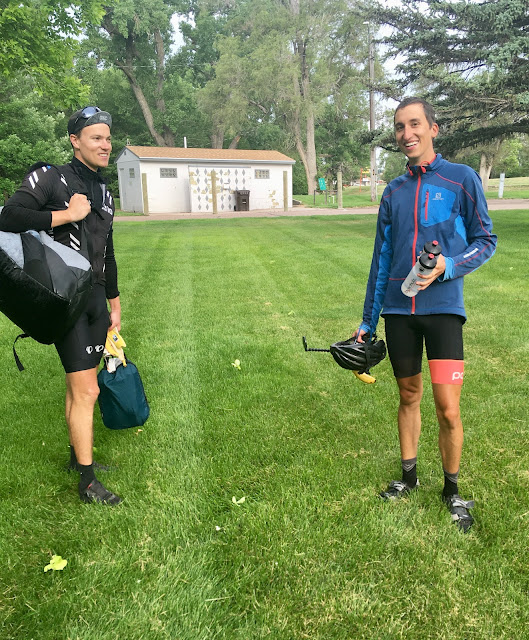 - Beans update -
On the fourth day with only two pills having gone down the gullet Beans hasn’t wheezed once.
Posted by John @ Beans and I on the Loose at 10:00 PM

Great to hear of the guys on bikes...what an expedition they are on! I wonder what they do when bad weather hits them on the road. Yikes! But they're a long way from home already, so I guess they've figured it out already!
Happy that Beans is doing better already. Gotta keep the little one breathing easy!

I can understand why you might not want to share publicly but my 'grand-cat is an Afghan street cat, from the Nowzad animal shelter, but he's had a wheeze for as long as my daughter has had him. He's a world traveler, now living the life of a British gentleman cat. He's seen many vets all over Europe and many treatments have been tried. They have never worked, and they've just been living with it, assuming that it is the result of some sort of pollution/dust damage from living on the streets for so long. Could I ask you about the OTC that Beans has been prescribed?

That is an amazing story about the two fellows you met. I'll be following them too. Sprinklers at 1 am made me laugh. I am sure that it did not make them laugh.

I think I'll follow them, sounds like such a neat thing to be doing. If I was younger I'd love to do that.