The No Parking Park

We reluctantly left Taylor for Burwell thirteen miles to the east.

Their city park had two loop roads in it with No Parking signs lining both roads for most of the way.  It was the strangest thing.  Just where does one park in a park that does not allow parking?

There are three more signs running off in the distance in this photo. 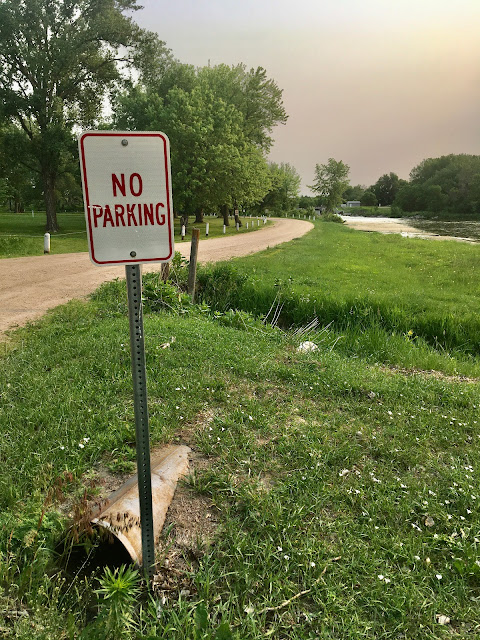 The Calamus River.
Just imagine the force of the river to wash out this bridge.  It appeared to have occurred a long time ago.  Just upstream (to the left) was a low level dam with three gates monitoring water flow. 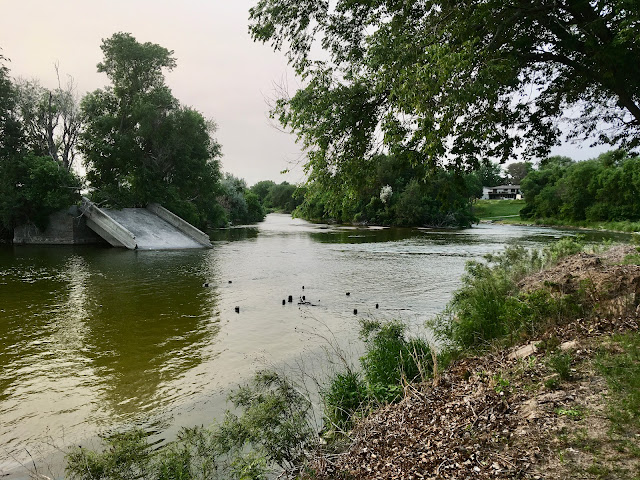 Yep, they too had a spinner-go-round.  This one was the smallest I have ever seen.
Okay, that’s the last spinner-go-round I’ll post.  They are no big deal anymore, especially in Nebraska. 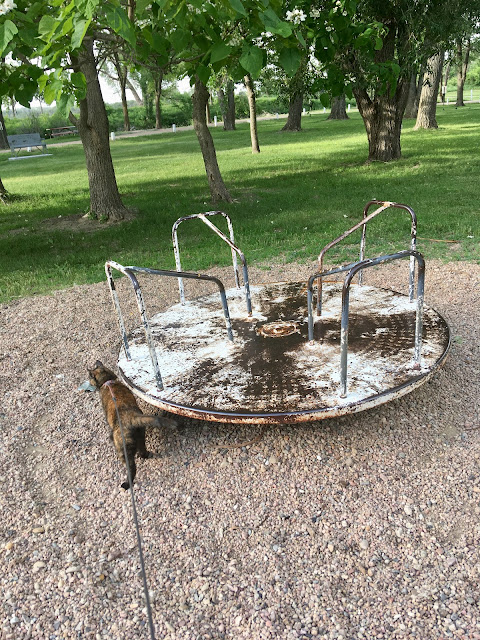 There was the modern playground equipment.
I guess a kid could break an arm on this if he really tried. 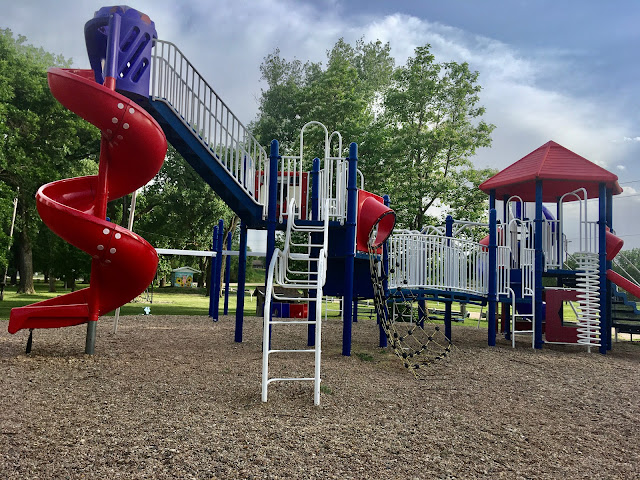 Beans had to inspect the two playhouses. 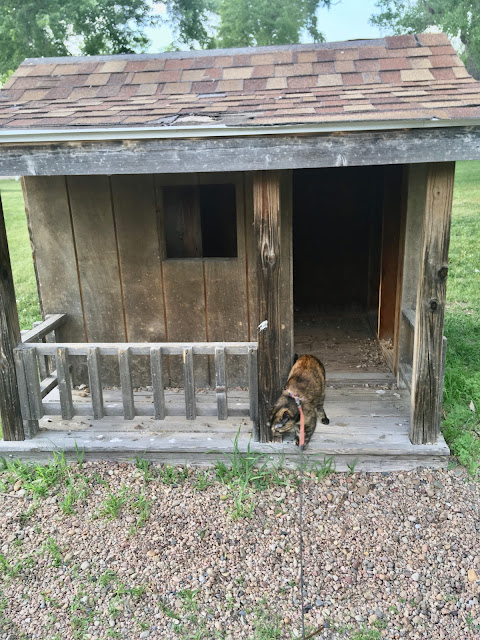 It was to be a cooker that day with temperatures over a hundred (37.7c).
We bounced around from shade tree to shade tree ignoring the No Parking signs.
One spot had this which I discovered on the left side was a shower!
Three minutes for fifty cents.  Great to cool off by. 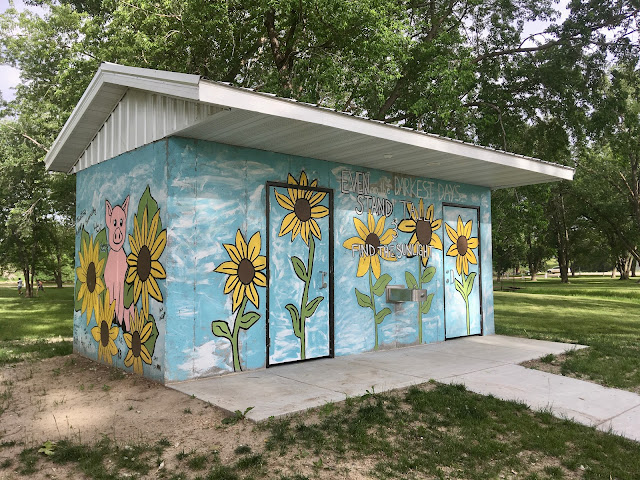 Off to camp nearby in the No Parking Park
Posted by John @ Beans and I on the Loose at 10:00 PM

Strange that you can't park. Nice park though.