We would be passing through Minot, the fourth largest city in North Dakota (whoopee!) nineteen miles northeast from Velva.  We stopped at Walmart for a few items then proceeded downtown to a bookstore.  It turned out to be primarily a new books store and had only a small corner devoted to used books.  I was able to drop off a hardback for them and then got into a nice conversation with one of the women working there.  She was interested in our lifestyle and was in the process of restoring a vintage tear drop trailer with plans to hit the road someday.  I come to find out she was from the very same town as I back in California.  Wow, what are the chances?  We got off on talking about the wildfires there and I never did find out how she wound up in North Dakota.  She did say though that she’s had enough of their winters and wanted out.  I left her with information on a site she could learn more about solo female nomads and gave her my blog address too.  I told her my name and her name was the same as the main character in one of the books I was currently reading.  Okay, this was getting too weird.  I stepped out from the Twilight Zone and went back to the RV parked on a side street.

Our next place we could stay was two or three days travel away.  I had nothing in between.  We’d do with what we could find until then.  After a lunch in Pioneer’s Park along the way were tooling along the highway when one of these camp signs appeared.  I turned off for the small town of Carpio. 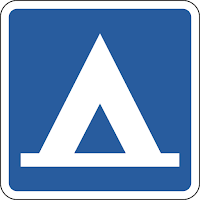 They had a city park with camping that was not listed among any of my sources. What a great surprise.  Look at all that wonderful shade. 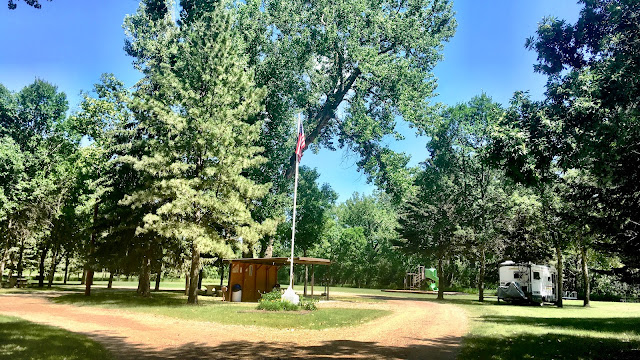 I let Beans out to stretch her legs and we checked out the toilet situation. 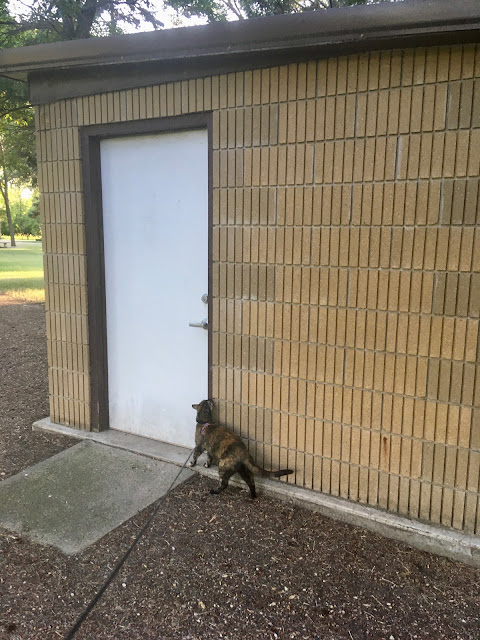 Well this is a first.  A homemade toilet just like the outhouses of old times. 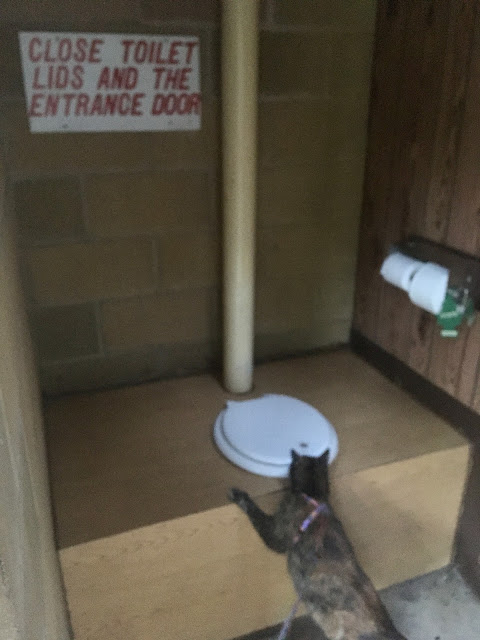 Beans found this guy, about as large as my index finger.
She ignored it. 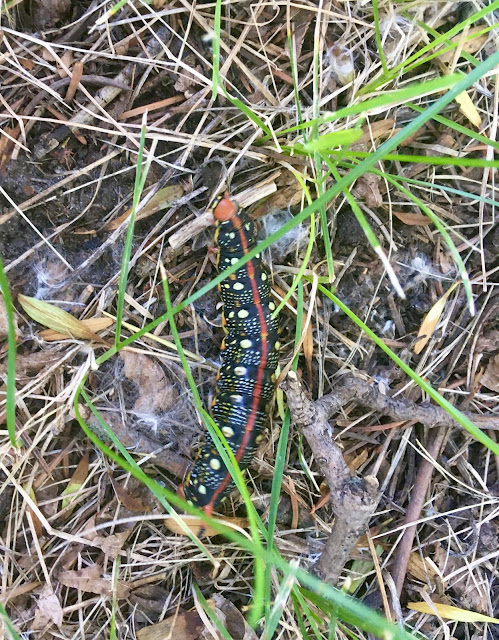 The sites with electrical hook up poles (no water) were situated around the edge of the small park.  No one else was there and only two separate visitors came to the park just for the kids to play on the too hot playground equipment.  That didn’t last long.  So essentially we had it all to ourselves and could easily move around from shady spot to shady spot during the day.  We were facing two hot days of 95 (36c) degrees.  We stayed put until the heatwave was over for I doubt we would find anything else up the road. 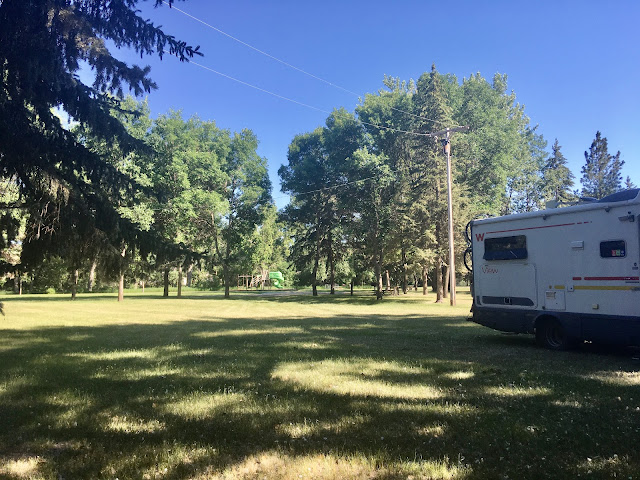 Unlike Velva, I was happy to pay fifteen dollars to stay here even if the train crossing was close by.
I really need to let this issue of train horns go.

Well the only thing missing in that toilet with a hole, was the lime to help diffuse the stuff inside. Great shade trees, and so wonderful a civic group made their park into a camping ground.

It's always neat when you meet someone far from home and find out you have something in common. That looks like a nice place to spend some time, especially with the shade.