A Peaceful Fourth of July 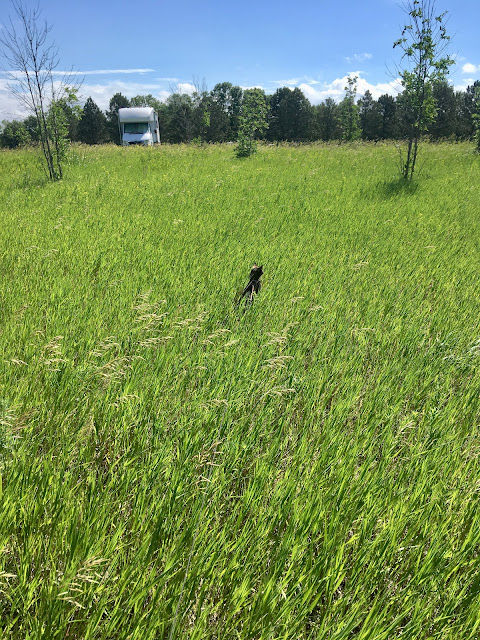 Since Mr. Generator Man left I could go over and check the bird house by that spot.
It was occupied.
My guess...starlings. 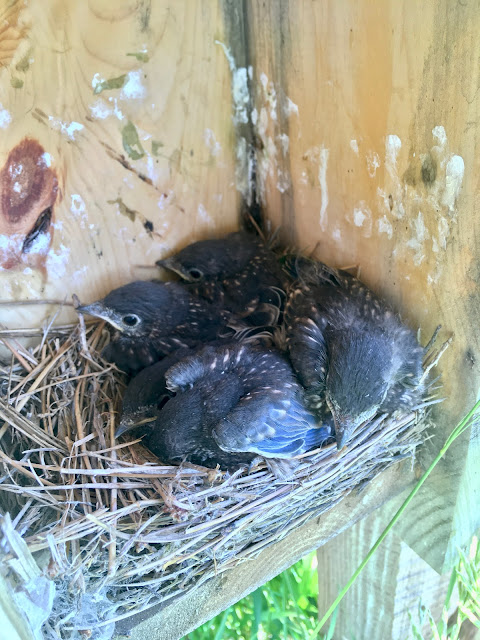 Then I saw this.  The young girl around ten years old left her glasses on the table.  This was sad to see having just lost my glasses not so long ago.  I felt bad for her.  She had an older sister and a younger brother.  Mr. Generator Man was maybe a single parent or got the kids for the holiday weekend from his ex.  Overall they were good neighbors except for that generator.
I hoped the loss would be realized soon and they’d come back but it never happened.
She needed a new pair anyway.  They were really scratched up.  But what else would one expect with a pair of kid’s glasses? 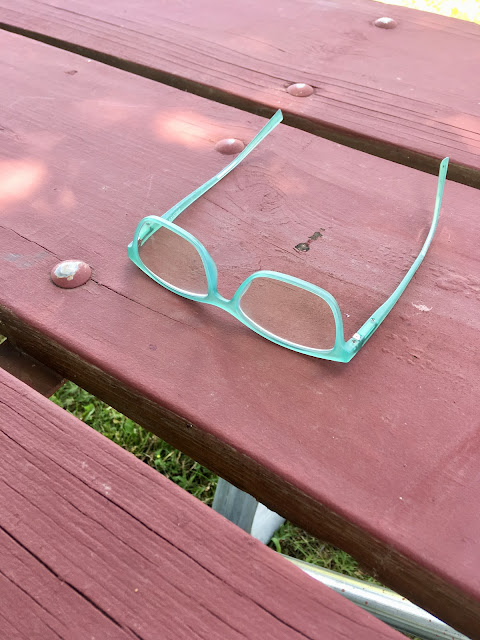 One group that did not leave did in fact shoot off fireworks.  It was midnight and several spectacular explosions went off followed by a finale of explosions that rocked the camper.  Must have been half sticks of dynamite.  Then it was all over.  Short and sweet.  I put my head down and went back to sleep.

Out To Pasture said...

I'm pretty sure those youngsters are bluebirds, John. One of my favourites!

What fun to find the baby birds...of whatever species. Sorry about the kid's glasses, and the short but loud fireworks. Glad it was over quickly!

I am glad that you spent a (sort of) restful night. What is Bean's response to the explosions? Does it frighten her, or does she take her cues from you?