Could We Live Here?

No.  You know I couldn’t survive one winter here.  But I could see having a summer home here.  It is peaceful, quiet and the temperatures have been in the 70’s and 80’s (20c - 35c).  We then would travel south to the desert for the winters as we do already.  I could see having a summer home in Taylor Nebraska probably more so than Columbus.  That would cut the drive back and forth down some.  There are a lot of things to consider before doing anything of that sort and I am not ready to settle down just yet either.

There is only one house for sale I could find online.  Three bedroom, two bath for $56,000.  Very nicely redone inside.  This would cost over ten times as much in California. 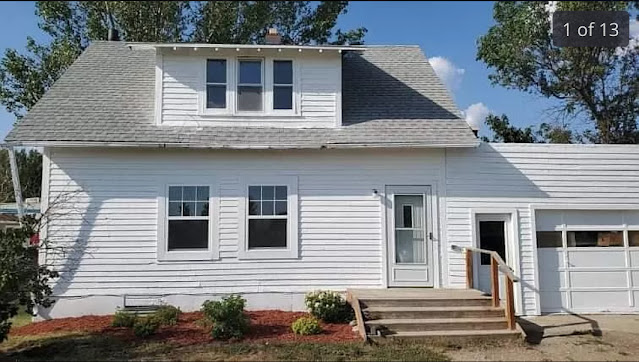 It bet I could get this place for a pretty good price. 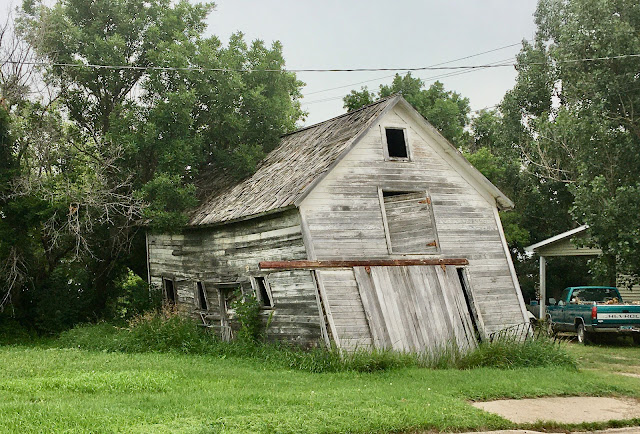 Our neighbor I think is a Canadian Border Patrol agent.  I saw him wearing a black t-shirt with large letters on the back CBP when he came home from work.  What else could that mean?  On the other side of him in a double wide like his lives a Burke County Sheriff.  A safe neighborhood we are in. 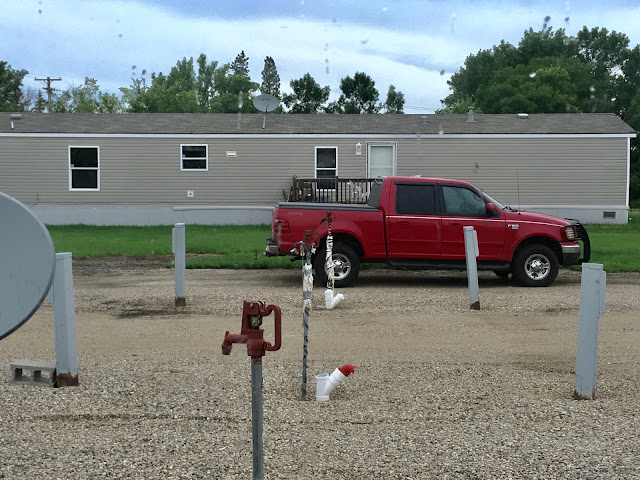 On this day we parked in the Faith Lutheran Church lot that sat next to the small Lions community park.
In it was the Columbus school bell from 1900 and all that remains from their bank of 1906. 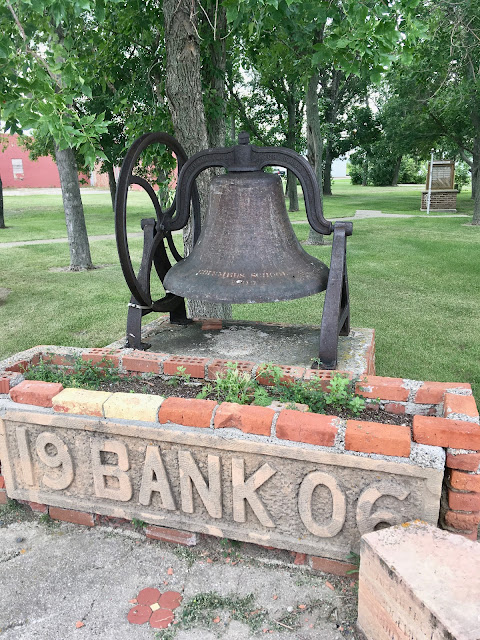 Over in the city park where the campground we are not staying at sits a coal powered steam locomotive. 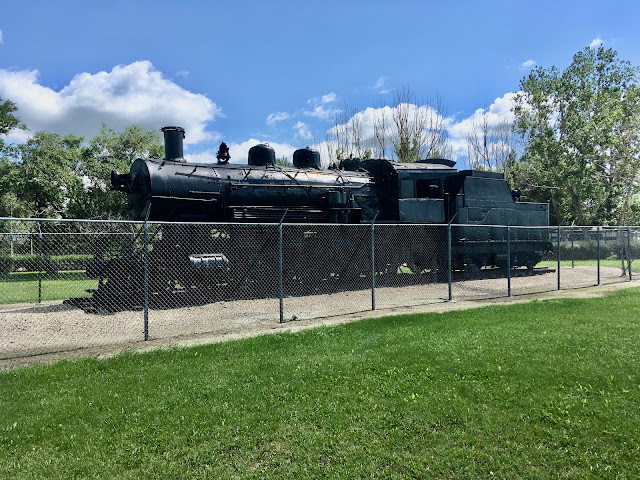 There was a sign telling the history of the locomotive.  The mosquitoes wouldn’t leave me alone so I grabbed a quick shot and ran back to the RV.  Basically the sign said it being made in 1905 for the Soo Line railroad then later purchased in 1941 by the Traux-Traer Coal Co. where it hauled coal from the nearby mines to Kincaid.  The rest of the sign was devoted to how they got the locomotive to the park in 1962. 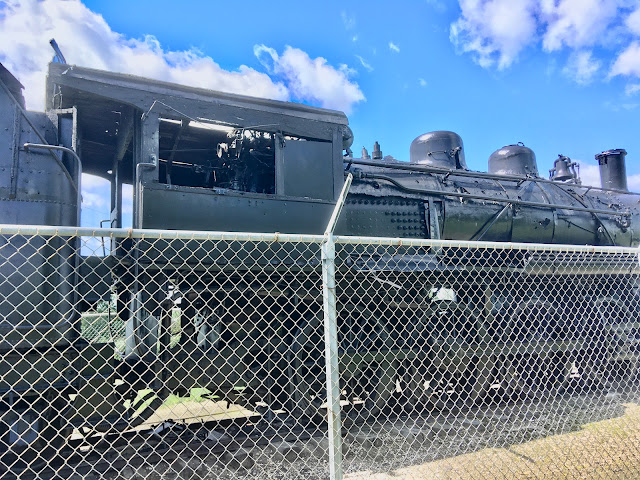 Several other signs were there telling about the coal mining in this area.
This one part I thought noteworthy to share.

Maybe we should bring back the Stanley Steamer technology for cars.

I'm always learning something new when I'm blog reacing, and today, I learned it at your site. Pennsylvania has coal as well. I know about the anthracite and bituminus coal, but I'd never heard of lignite before, which sent me off on a google trip.

Stanley steamer cars sound very impractical, and coal is quite a dirty fuel, lignite esp. so, but for all the mockery of electric cars, they are the way forward. My son-in-law and daughter just bought one. The buses in London are all electric. The technology has it's flaws, but it needs to be explored. If it works in other countries, it can work here as well. I always find myself wondering if the whale oil industry bucked such a fit when Col Drake discovered oil and we began to explore all the uses of that. Whale oil was replaced. Coal has been replaced. In my opinion, fossil fuel is in the process of being replaced. In our country, we are fighting the change much harder than other places.

The answers are all out there, my friend.

The idea of a summer home is a nice one. Taylor was a sweet little town. Whatever you wind up doing, make sure to stay away from the railroad tracks!

My recent research into the power producing plants in my state (NC) show how many are still coal powered. Thus those nice electric cars running around are actually coal powered too. I just read that after 10 years of developing a protective plan for a nearby forest, the finished plan says they are going to harvest the trees and very little about protection. So I'll be seeing bare slopes on some of these beautiful mountains. Not a good thing. Enjoy your stay in Columbus.