This town and nearby Larson was named after the early postmaster who served the area, Columbus Larson. It is believed this town is the only one in the nation not named after Christopher Columbus.

Along the way we passed this side road backed up with traffic.  Oh my!  These are people waiting to get through the border inspection into Canada!  Oh I will have to get a picture of this in case someone asks why we don’t go visit Canada.  I pulled into a corner lot and got the photo then thought Gee, I thought we were about five miles away from the border.  I got out my binoculars.  Way up ahead I could see the train crossing arms blocking the roadway.  There was no train.  People were out of their vehicles scratching their heads.  It was a railroad equipment crossing malfunction.  Fooled me!  Ha! 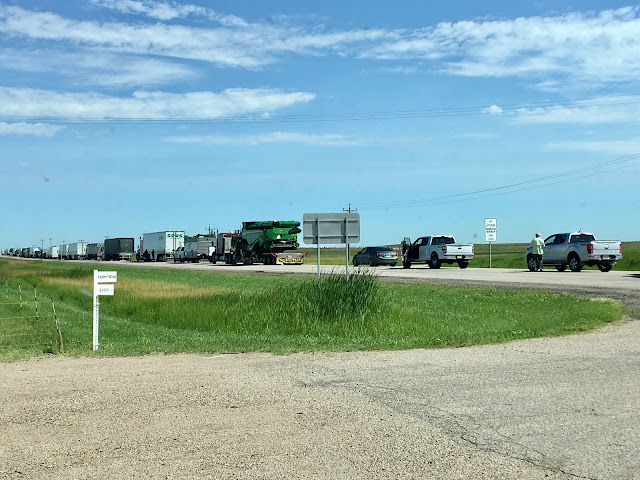 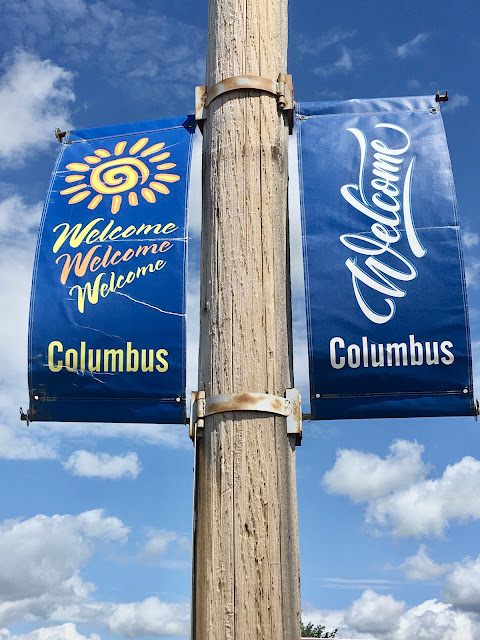 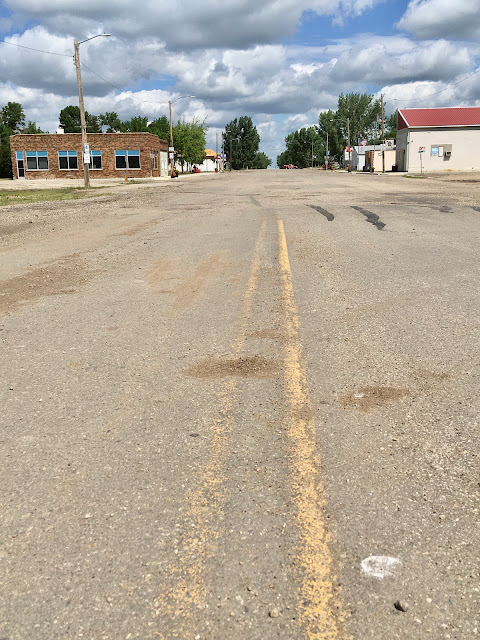 It had a bit more life to it than did Flaxton 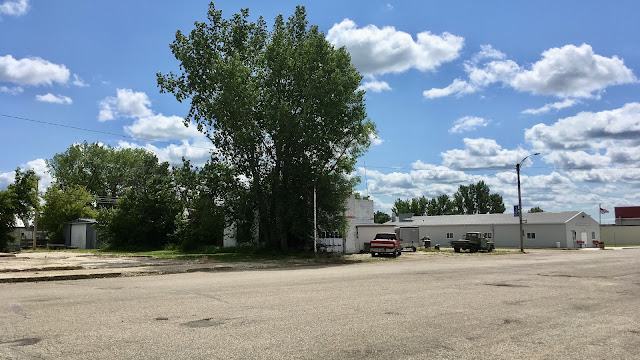 This building was half demolished.  But it seems this remaining part will stand. 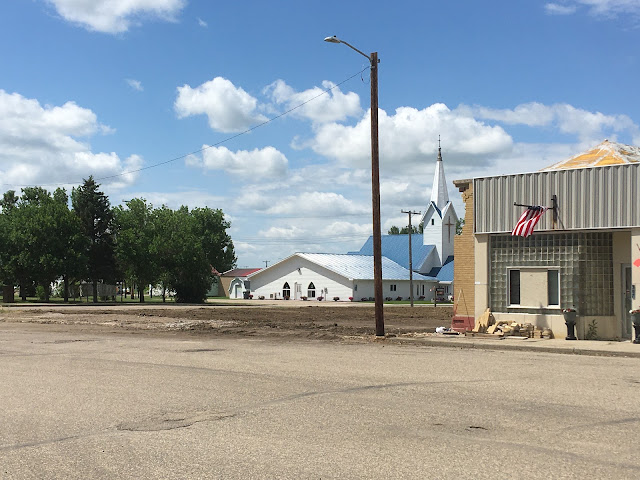 The big wrecking machine was around behind.
I bet that brought out the town folk to watch.
A big community event, picnic and all. 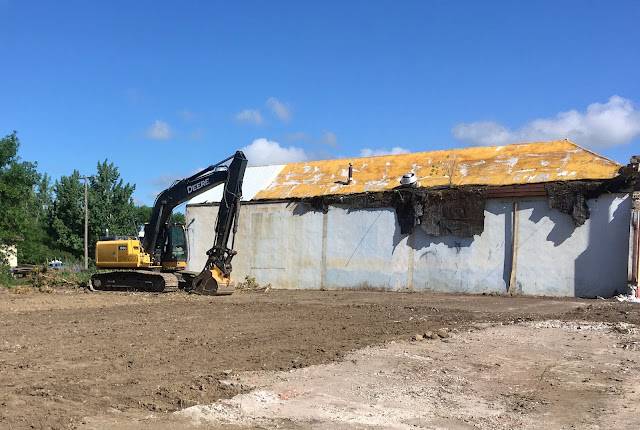 And would you looky here.  The train track through town is no longer in use.
You know what that means? 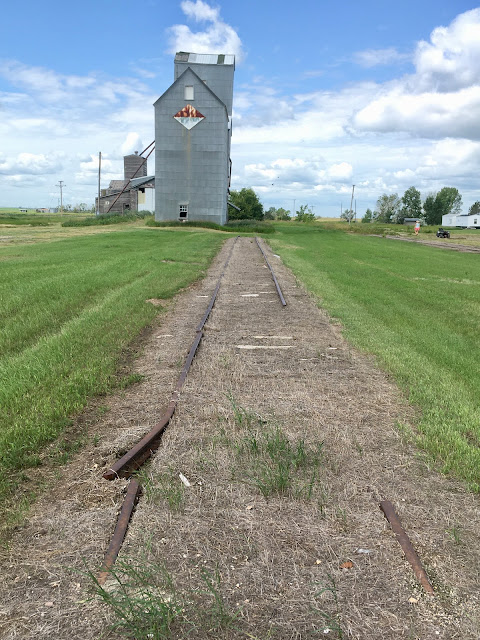 We spent our first day in Columbus parked in the shade by their city park
which was just a large grassy field with playground equipment at the far end. 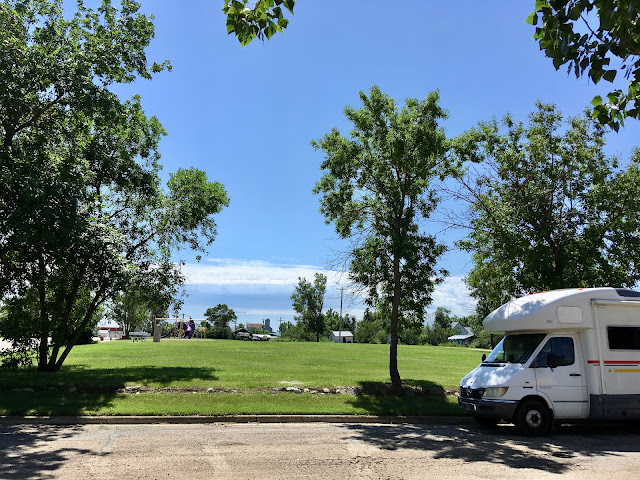 Late in the day we went off in search for their city campground area. 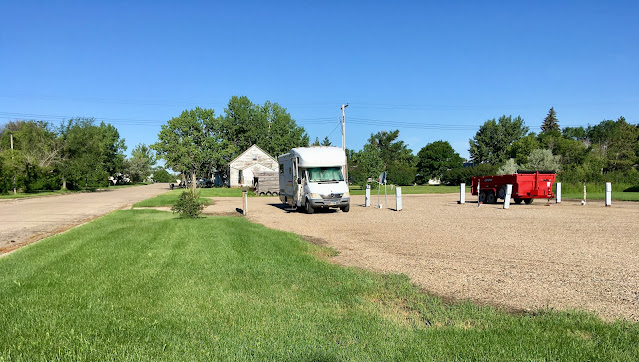 In front of us was nothing.  This was nice.
Even better was that not one single train sound of any sort was heard all day.
We just might have found a place to stay for awhile. 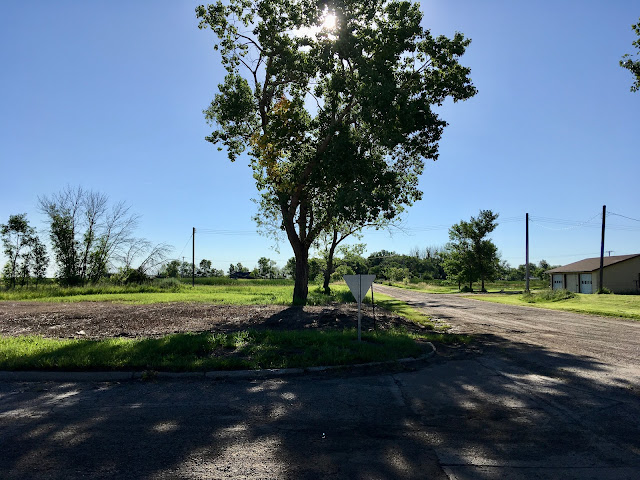 Well it looks like you are on the right track at last!😄

Too bad about the train arm malfunction, when obviously no trains caused it!

That looks like a very nice place to live if you wouldn't miss having any big stores etc. I grew up in Columbus, Ohio and yes, it was named after Christopher Columbus. It's a huge city, and the state capital. We lived in a suburb of Columbus that was very nice and I loved living there.

Looking at those tracks...I'd think the Choo-choo would be off the rails..
Geez I'm skooshing skeeters as I sit here, better than the buzzzzz in the ears later. Eh?
I really hate them as does my Kat.