The day we left left Anamoose I went over to visit with this lady.  I had been watching her shoveling dirt for two days now.  I thought maybe she was putting in a vegetable  garden. 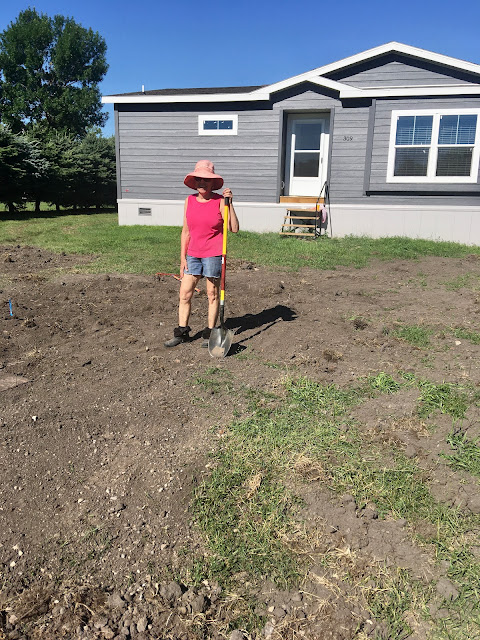 No, she had had a load of dirt dropped off there and was leveling out all the bumps and holes in the yard so that the movers could back in to the house front door.
Peggy was from Alabama.  She still had that southern drawl.  You folks by now know how I am with women from the South; I could listen to her talk all day long.  They had moved to Minot (seventy miles to the west) to be near the kids that had moved here.  They were there for four years then moved to Anamoose as the kids were now about six miles to the north.  “That’s just far enough away that we still have some space but are still close enough for visits.”  She has thirteen grandchildren.
I asked her being from the South, how does she manage the winters here.  “It is rough.  When we lived in Minot I could walk down the hill to Walmart but in the winter I rarely ever did.  I don’t leave the house unless I absolutely have to.”
Peggy told me she was seventy-nine years old.  My jaw dropped.  She looked  twenty years younger, nary a wrinkle on her face.  She is a cancer survivor from eight years ago.  “I did all the chemo stuff and everything.”  She alluded to her Christian faith in getting her through it.  Her husband is three years older.  “He is in the early stages of Alzheimers.  He sometimes comes out to help but he’s not much help.  I send him to go off elsewhere.”
I have said it before, meeting people like Peggy are an inspiration to me.  Here she is six years older than I shoveling dirt.  Yeah, I could shovel dirt but I don’t want to!  I read a lot, and don’t follow the news but it is unavoidable from seeing some famous so and so dying who was more no older than I from what I can count on my fingers.  It is a bit unnerving.  It makes me think thoughts I don’t want to think.
Meeting people like Peggy realigns my thinking
We had another camper come in for the night while in Anamoose.  They were from Indiana and around my vintage - late 60’s early 70’s.  They were in a vehicle like this. 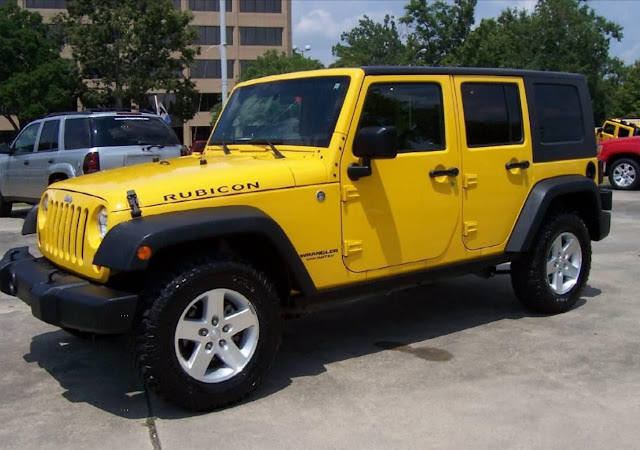 It had a hard shell carrier on top that opened up and a tent folded out to the ground using the side of the jeep as part of the shelter.  They spent over an hour setting it all up.  They had dozens upon dozens of containers inside carrying all of their gear.  It was way too much stuff.  I even saw four medium sized Amazon boxes stacked up that didn’t even look like they had been opened.  At any rate I didn’t take any pictures as I didn’t think they were blog-worthy until what Peggy told me.
That morning the guy passed by me on his way to the restroom.  I was outside cleaning my coffee maker and said “Good morning.”
He said, “Good morning.  I didn’t think anyone was in there” as he pointed to the RV.
“Well I get stuck in a good book and...”
He asks “Ever been to Canada?  We are going this morning.”
I told him my international travel days are behind me.  I don’t have the patience or tolerance anymore for all the bureaucratic nonsense and malarky of crossing borders.  He understood.  I wished him good luck.
Well in talking with Peggy she said he told her they were going to Alaska! Oh my goodness! Peggy said they did so years ago and it was awful.  It took a week of bad road that had crater-sized potholes in it that you never saw until you hit them.
I agreed. I said I once was considering it but just knew I would get part way there after days of driving seeing the same thing (trees) and all of a sudden wonder “What the hell was I thinking?”  And then you have to drive back.
I have also read that it is almost guaranteed the windshield of your vehicle will get cracked by a tossed-up stone of a passing truck.  I don’t need that.
Anyway, I admire Mr. and Mrs. Indiana attempting to drive all the way to Alaska in that crammed to the roof Jeep.  Either they are a very adventurous couple (which they didn’t look to be - he with a big gut hanging over his belt buckle and she being just a wisp of a woman) or simply had no idea what they were taking on, which I suspect was the reality.
Peggy said “Setting up that tent then taking it back down everyday is going to get tiresome very soon.”
Yep. 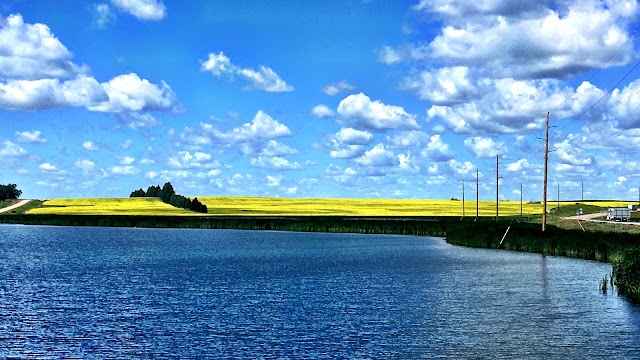 - comment replies -
About Beans’ litter box cabinet.  It is a piece of furniture designed for the home.  It looked like this but I modified it to fit where the passenger seat used to be.  I cut off the bottom legs and cut the table top into strips to make the border around the top.  I drilled holes into the bottom to match the bolt holes for the seat and bolted it in.  Then applied a bead of caulking around the seam at the bottom inside to keep litter in from the occasional sandstorms that get kicked up in there. 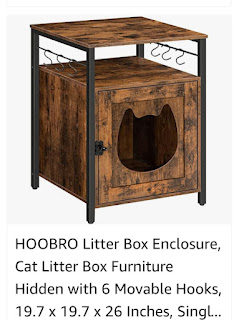 And Kathe, that is so cool that your mom grew up in Anamoose.  I watched a few kids play in the park and wondered how it would be growing up in a town with barely two hundred people and having a limited number of friends to play with.  Also, Peggy suggested that I go to that diner but I didn’t.  We were moving on that day.
Also, Karen there is a website for littlefreelibray.org with all of them listed and mapped out in case you didn’t know.

I've had a neighbor for the whole 20 years I've lived here (he's been in his house since the '60s). I figured he was in his mid- to late 70s. He volunteers with Parks & Rec to do weeding at city parks, and being newly retired myself, I decided to join him. He was tramping all over Twin Peaks, working hard for 2-1/2 hours and showing no sign of fatigue. And then I learned from another volunteer that he'd just celebrated his 95th birthday. This guy is one for the record books.

The road to the Yukon and Alaska is surprisingly good now. Paved all the way and much wider. The road to Inuvik is much better but not paved.