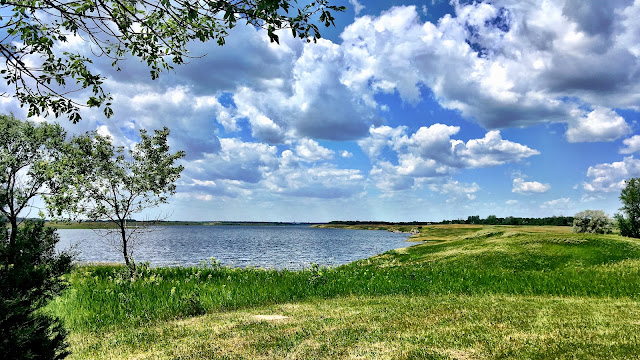 This place was less than ten miles out from Jamestown.  We would use it for a one or two night stay before moving on and finding a safe haven for the upcoming Independence Day weekend.  As the weekend neared not that many merrymakers had arrived.  It began to look like maybe we would do okay here until all the silliness was over on the Fourth of July. 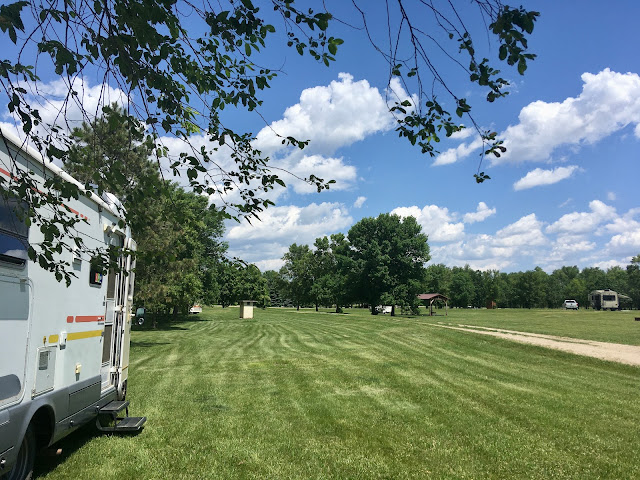 They are no designated camp spots.  Just park anywhere you wish on the grass.  This is good.  It would give us the freedom to move elsewhere if need be. 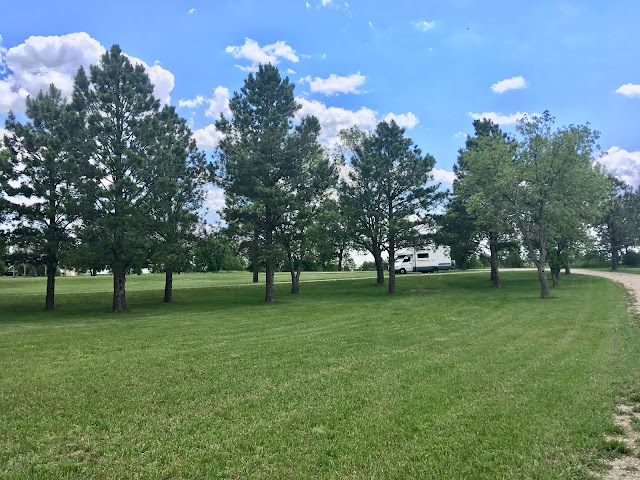 This group was the largest encampment near us and within sight.
They seemed pretty well behaved.
We left after the second day to go back into town.  Propane was low and I should have been thinking and filled it up before leaving town but the joy of finding that book messed with my good sense.
Some people had moved in near that covered picnic table while we were gone.
They didn’t seem to be an issue. 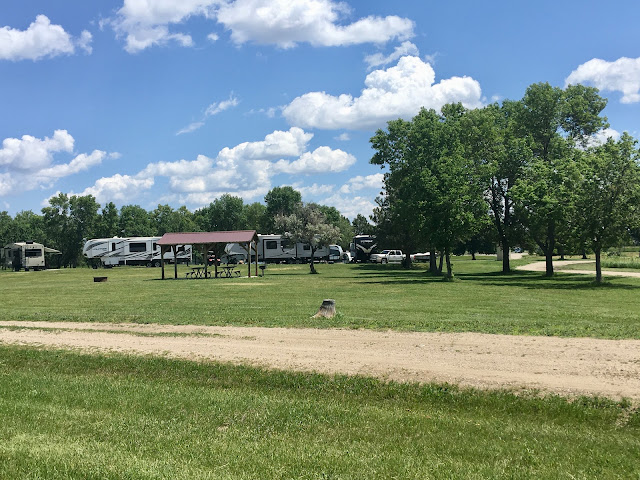 The next day, Saturday, the place went to Hell.  Kids (and adults) were racing atv’s and motorbikes around the dirt camp roads, dogs were barking back and forth to each other endlessly but it was when someone over there by the “well behaved” group cranked up an outdoor sound system. That did it.
We moved.

These three sites had been vacant for days.  I felt we’d be safe on the end.  No camping to the right.  The long trailer moved in an hour or so later.  He brought out a generator.  I just couldn’t get a break.  At least it wasn’t a Noisemaker 3000 like that woman had but it was still annoying nonetheless.  Earplugs were called into action.  That evening fireworks started up again.  It isn’t even the fourth yet.  Only this night they were more intense with professional grade pyrotechnics blossoming explosions overhead barely fifty feet up showering sparklers all over nearly hitting the ground before going out.                                    Sheer madness.

That’s it!  Fool that I am thinking we would be okay here during the holiday weekend I decided we’d leave in the morning.  Even if we had to go back to Walmart it would be quieter and safer than here. 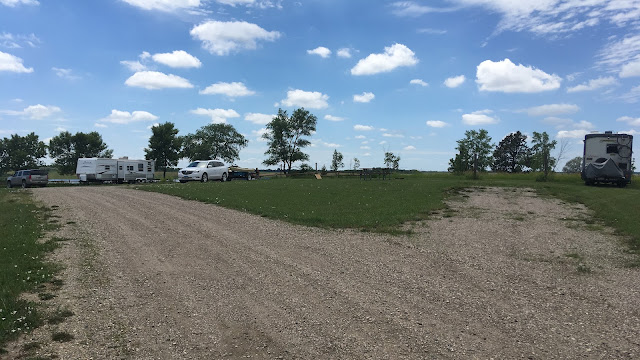 In the morning I got several severe thunderstorm warnings for that afternoon and all through the night for several days.  Rain, hail, lightening, thunder, gusty winds over twenty-miles-per-hour, all sorts of fun.
Well that should put a dampener on all the mayhem going on.
I decided we would stay and enjoy the peace and serenity of a severe thunderstorm.
Happy Independence Day to everyone from Beans and her cranky old dad.
Posted by John @ Beans and I on the Loose at 10:00 PM

I'd have been cranky too! Camping is a way to "get away from it all" and what those people were doing wasn't anywhere near that. RUDE!

Weathering thunderstorms are part of everyone's life...and usually just a few minutes and then they're gone. Those neighbors were certainly not the peaceful kind. Sorry about your having to put up with their lack of "neighborliness."

Have a great Fourth of July although it seems like it's a bit of a challenge.

I love that: 'The peace and serenity of a severe thunderstorm'! I hope mother nature's hooplah outdoes the doings of mere mortals.