We had to drive north out from town for a mile and a half to... 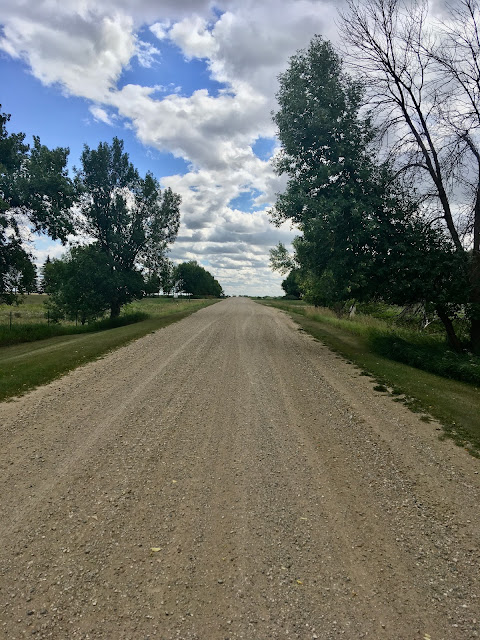 ...get to their lovely park where they offered camping. 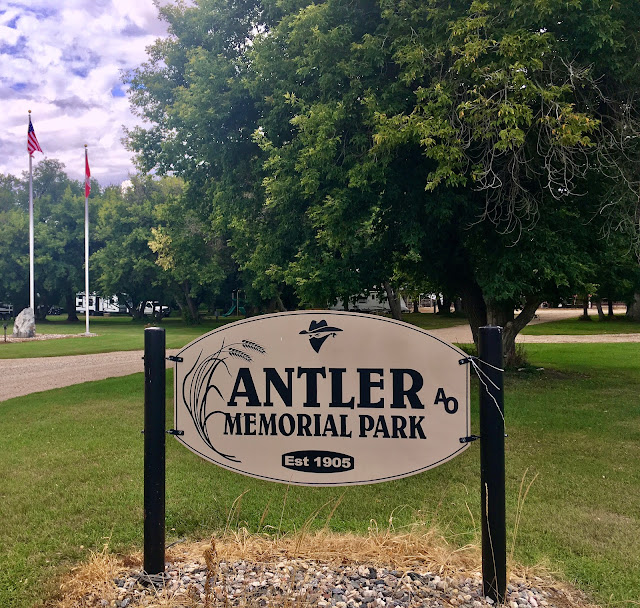 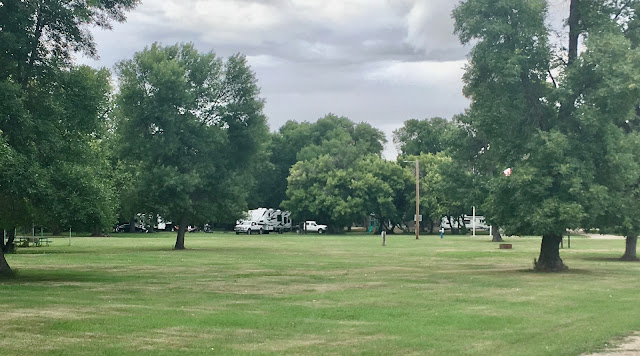 Look at all those campers!!  I thought we’d have this place all to ourselves!  Oh good grief!  Its a gang of motorcycle enthusiasts.  A bunch of old geezers and their wives with their Harley Davidson's.
This is unbelievable! 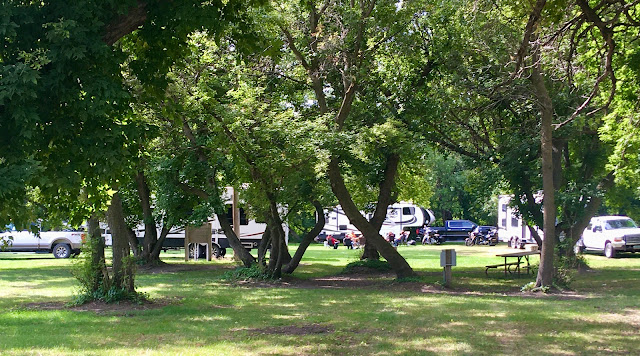 Who in their right mind would drive all the way up here in the middle of nowhere North Dakota? 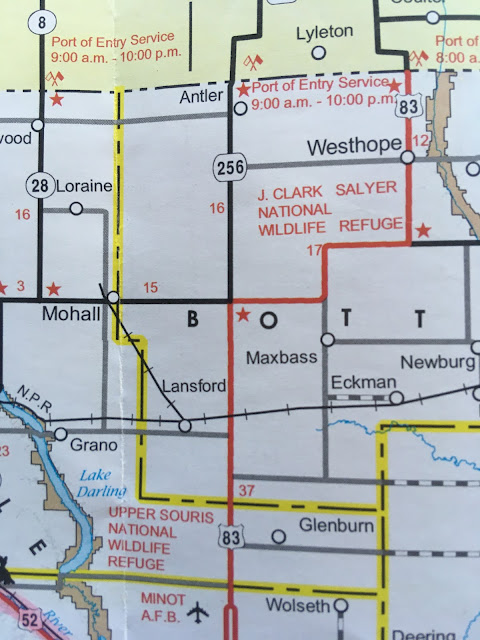 I drove on to the other end of the park and found the rodeo grounds. 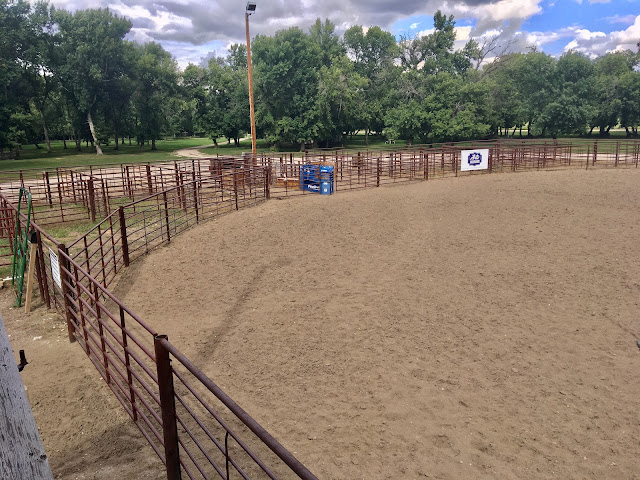 Some money went into this place. 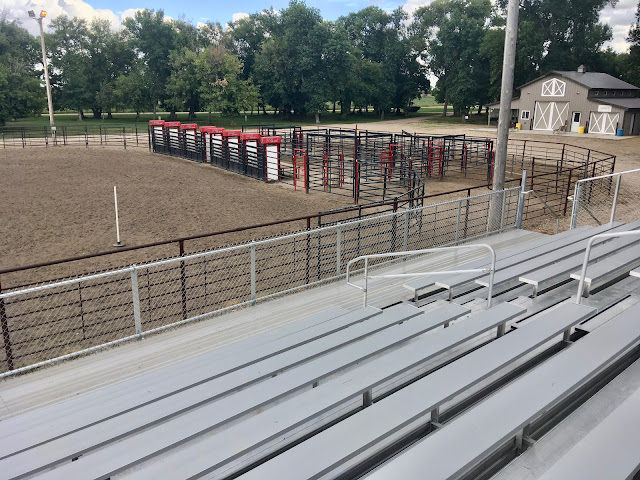 Ya wouldn’t think what with only twenty people living in Antler
and no other towns around for miles and miles. 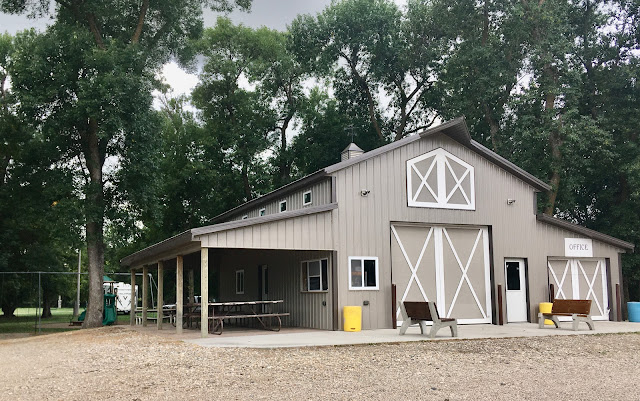 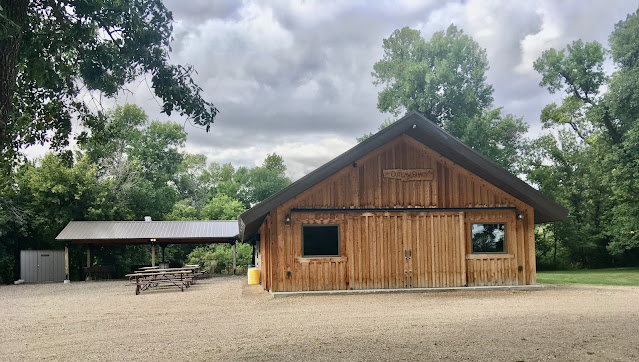 So we stayed up at this end of the park far away from the rowdy bikers and their late night partying.
You know how those senior citizens can get. 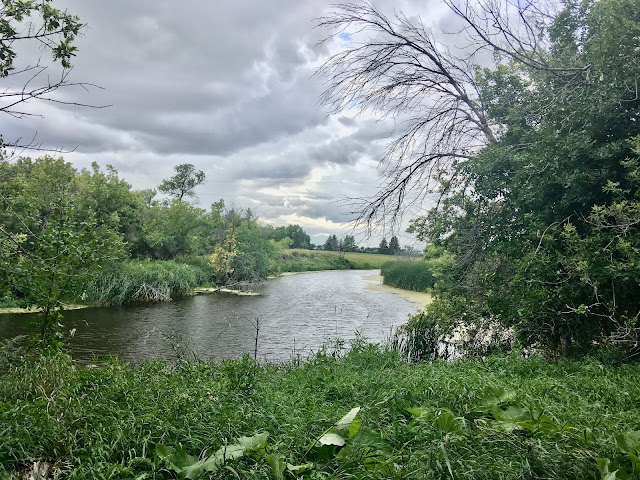 Okay, I feel that I know my animals but I don’t what this guy is.
Faraway shot zoomed in is why it looks so bad. 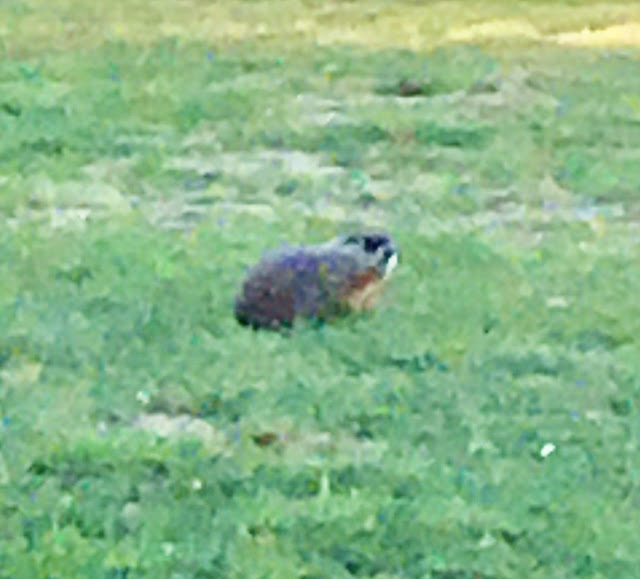 He wasn’t quite as large as a beaver and had a mask like a raccoon.
He had a black tail about a third as long as his body.
He moved about like a badger.
I thought it was a groundhog but pictures online they don’t have that mask over their eyes. 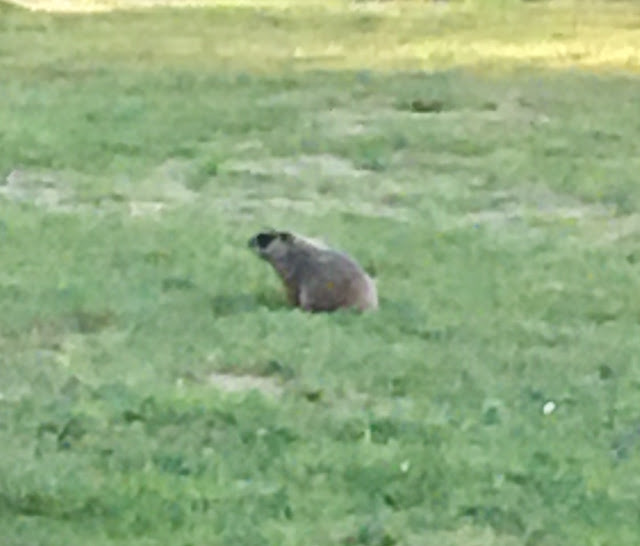 I can't make out the ears, but could he be a polecat? Their diet is prairie dogs and they are an endangered species.

You know, I wandered off to read about woodchuck marmot and ferrets. Much interested to note that groundhogs have quite a range of color variations. Based on this image: https://www.google.com/imgres?imgurl=https%3A%2F%2Fracinezoo.org%2Fsites%2Fdefault%2Ffiles%2FUntitled-5_0.png&imgrefurl=https%3A%2F%2Fracinezoo.org%2Fminiature-pig-1&tbnid=2NRZeP9W44ycdM&vet=10CAgQxiAoBmoXChMI8LrWmOj4-QIVAAAAAB0AAAAAEAY..i&docid=csnarHWdy_EXCM&w=300&h=300&itg=1&hl=en&client=ms-android-americamovil-us-revc&ved=0CAgQxiAoBmoXChMI8LrWmOj4-QIVAAAAAB0AAAAAEAY I will guess groundhogs.

It's a Haggis, lost his way from Scotland.

Thanks for the link to "Antler."
I just spent a few hours going thru all sorts of small towns and the jail.