Good Day For A Long Drive

We would have stayed longer in Arlington except for three reasons.  One and foremost was a 25 degree drop in temperature overnight coming.  Also I was growing tired of the traffic noise and lastly, the next day had predicted wind coming from the northwest.  We’d take advantage of that.

Before leaving I took a better picture of this in Maxwell Park.  How could someone possibly back their RV into a spot with enough force to take out the electrical connection standard? 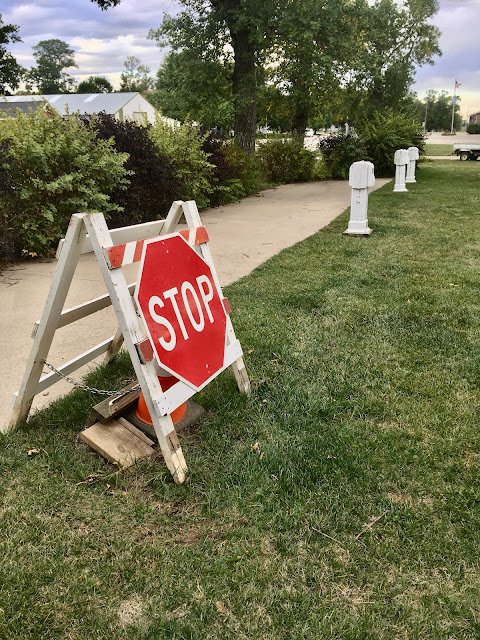 (this was sent to me off the internet)
Keep in mind, they drive among us. 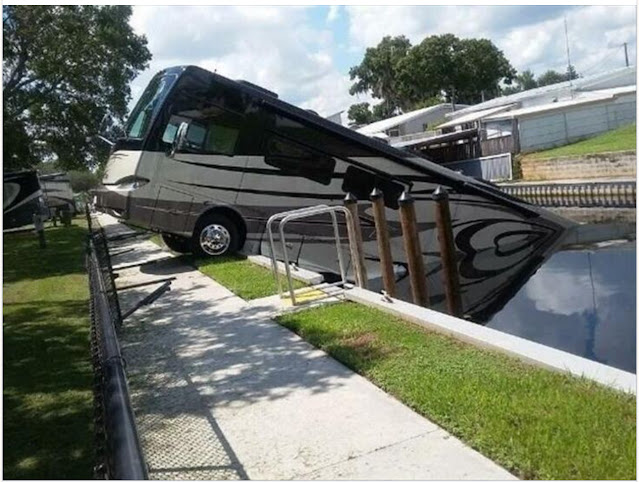 After a stop at the service station to clean the windshield, and their little market in town to pick up some milk and fill a water jug with purified water we were on our way.
This was a first for me.  A stop sign at a bridge.  The only reason I could think of was they wanted cars and trucks going slow over the bridge.  It had a ten ton weight limit. 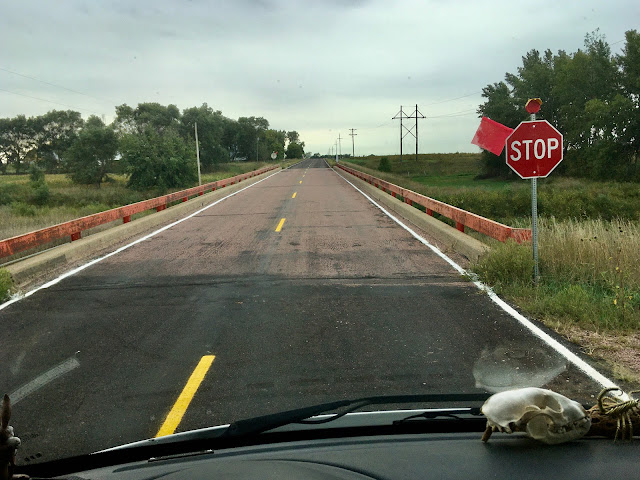 Centerville, South Dakota (pop. 918)
We put in ninety-seven miles that day.  Really, there were no places to stay over that distance.  The few small towns we passed through offered nothing.  The wind-aided drive netted us a 21.1 mile per gallon average. Nice.  And it was five degrees warmer in Centerville.  I’ll take that.
This park was about a mile out of town.  It was free and you could stay for fourteen days.
There was no water or electricity or restrooms.  Not even a trash can. 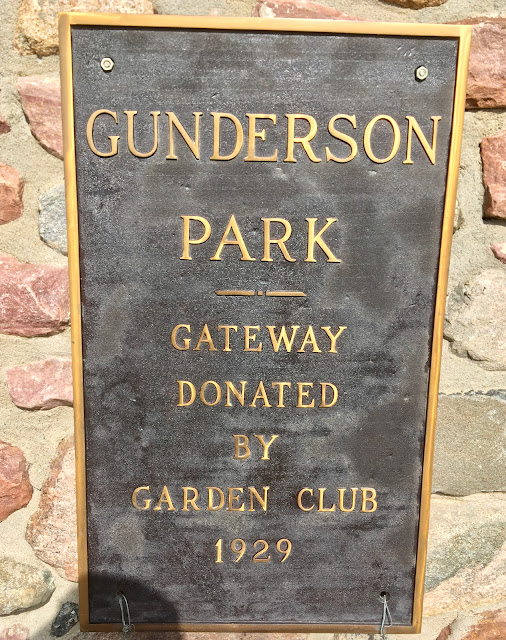 I was careful passing through the narrow gateway.
It was made to 1929 standards.
Good thing though it might keep out big RVs and fifth-wheel trailer people. 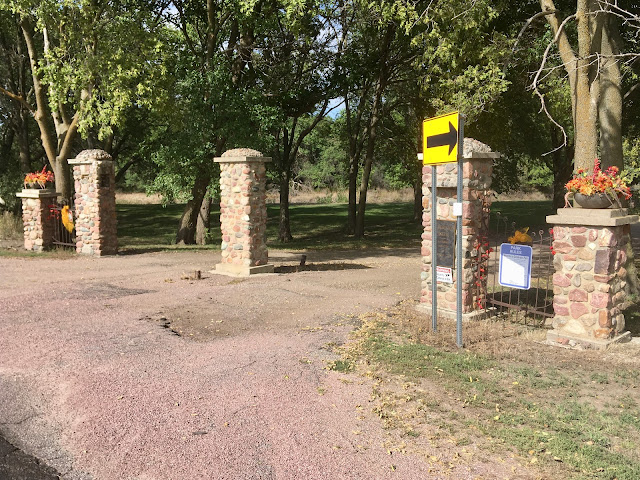 There are bolts sticking up from these pillars so at one time this had a roof over it. 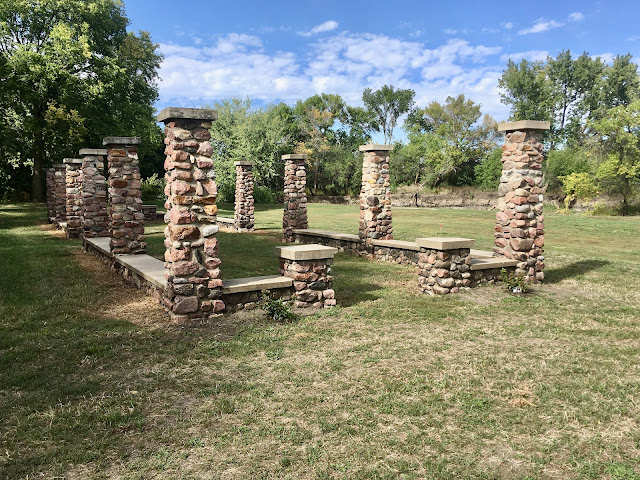 Next to it was this fireplace, open on both sides.
I like the stonework. 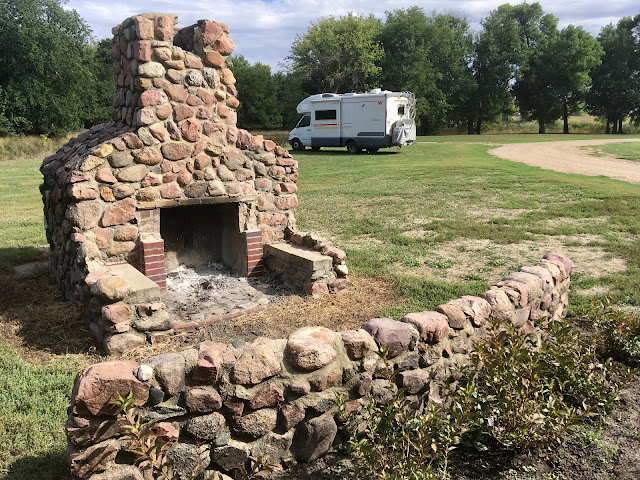 Our first night there was magical.  The silence was deafening.
I had forgotten how quiet the world could be.
Posted by John @ Beans and I on the Loose at 10:00 PM

How nice for you all, peace and quiet!

May the wind always be at your back. Sailing across the prairies.
Reminded me of the prairie schooner. The stone reminds me of the CCCs work during the Depression my grampa worked on. The silence of contentment. From the inside out.

What are those skulls on your dashboard? I imagine you have collected them on your journey. How do you keep them from sliding off onto the floor?
That's a nice park you found!

The camper in the swimming pool was mind boggling. I am glad you found silence. It is golden.

I now live in the mountains and the quiet is soo nice.
Last week I had to stay in a state park, in the city, the noise was insane to me.
I was there to get my motor home fixed, no brake lights or tail, FAIL!
No one wants to work on motor homes anymore.
They are quite happy to sell you one though.