Johnny Carson went to school in Norfolk.  More interesting to me though was that Joyce Ballantyne was from Norfolk.  Who is Joyce Ballantyne?  I never heard of her.  Well she was an artist who did pin-up art.  I thought that was very unusual a woman painting pin-up girls.  Her most famous piece of work was the Coppertone suntan lotion girl.  She often resented the fact that it was her most famous painting. 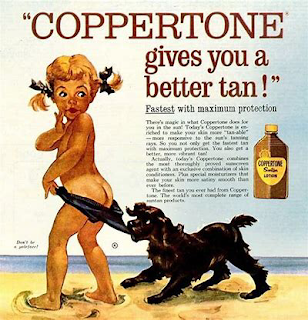 Their city park was at the south end of town, the end of a eighty-one mile drive.
Time for lunch. 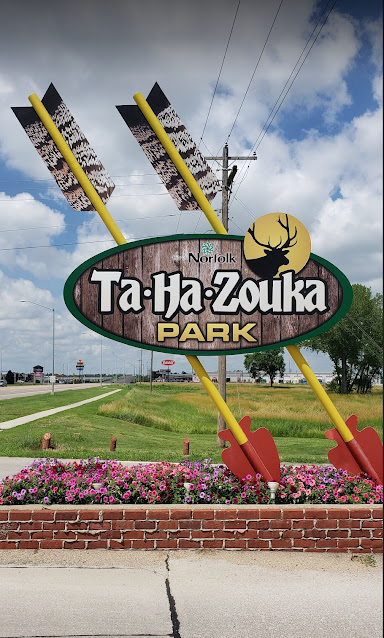 It was a lovely big park. 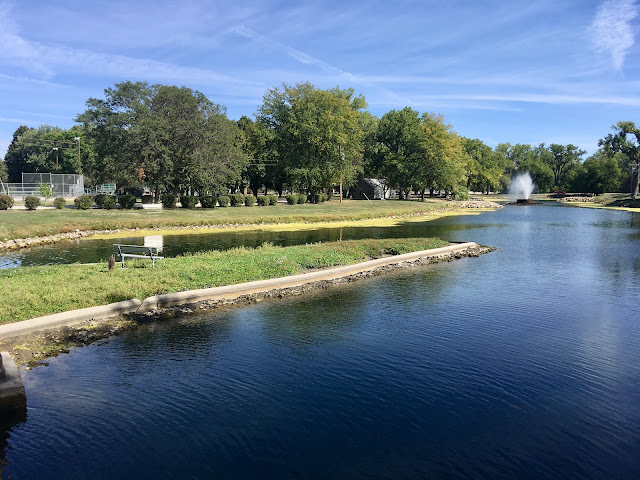 Hmm...looks like I’ll have to break out the old pocketbook for this stay. 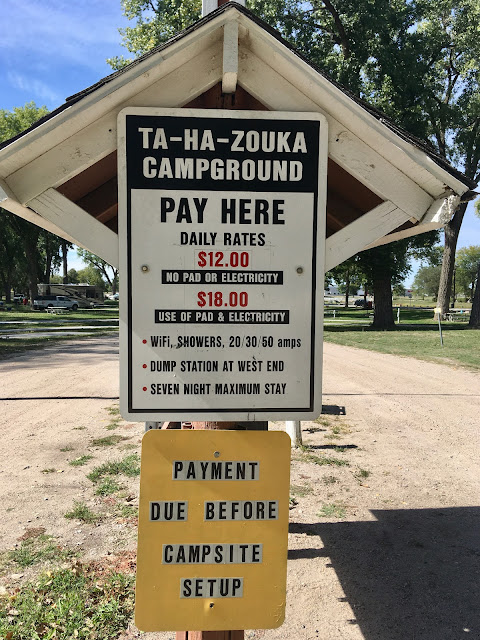 Notice the part where the police will no longer inform you of possible eminent death.
For twelve or eighteen dollars is that too much to expect? 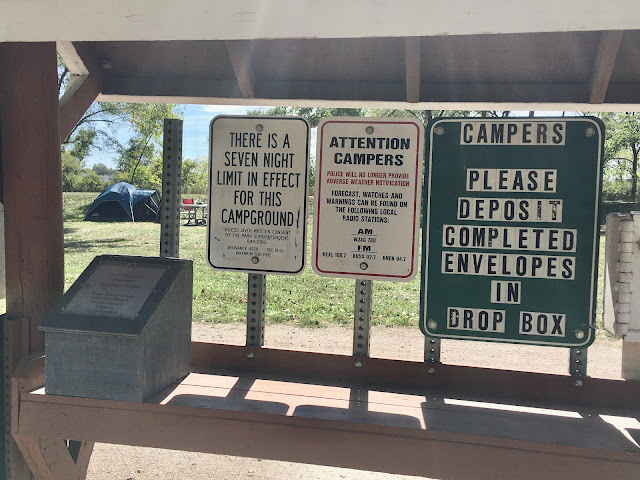 We took the twelve dollar option, parked on the grass and had this fine view with rainbow. 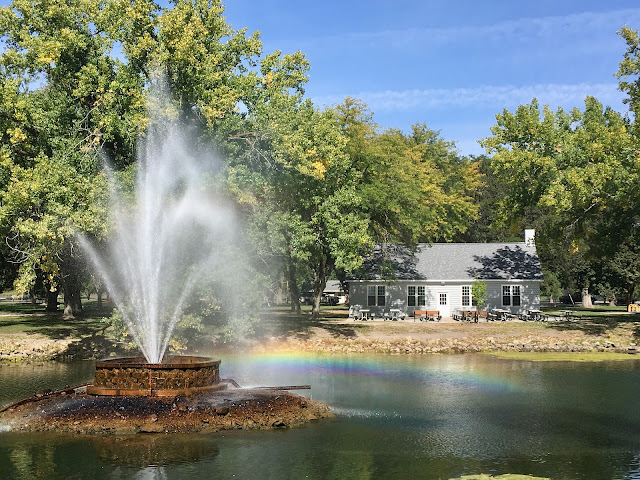 After lunch I went to go check out the shower.
Naw...I don’t think I need a shower.  I took two at the last place. 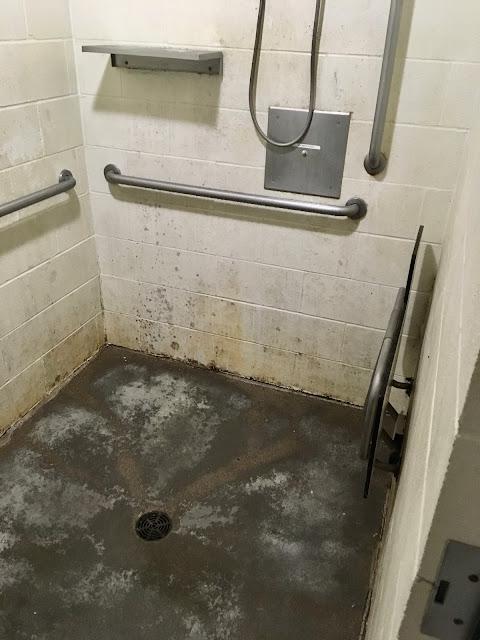 I have seen (and used) worse shower facilities over the years.
Taking a shower here would be much like swimming in the pond. 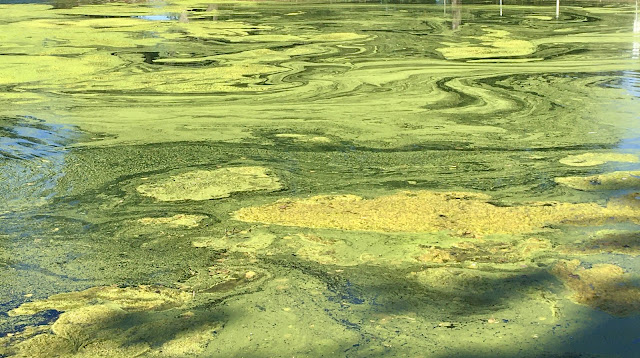 - comment reply -
Thank you Kathe for the answer.  I would never have thought that.
Posted by John @ Beans and I on the Loose at 10:00 PM

I know I read your blog with my first cup of coffee in the morning, but I just couldn't figure out what this means... "end of a eight-one mile drive" What's eight-one? I'll be back tomorrow to learn...

Supposed to be ‘eighty - one’. Fixed it.

You wouldn't have thought it because it's an idiotic idea, in my opinion. Our Federal Government pays farmers to NOT grow essential things. They take the corn and use it for ethenol etc. I do believe in wind breaks. I have a friend who plants rows of berry bushes in and around fields and useful things like that.

Wonder how many "Coppertone" babies have grown up to have skin cancer!?
You certainly seem to luck out with beautiful weather on your drives! I always see such lovely blue sky in your photos!

Maybe in the future when you hit a $1.00 store, purchase a floor mat, for $1.99, and donate it for showers such as this one?
I have oily-head-hair and need a shower daily to fire-up my brain waves. I don't drink coffee.
I can still recall as a younger dude I'd just stick my head under the U.S.Forest service campground's faucets. WOW, brain freeze for sure, but I was wide awake and ready to rock-on!