Directly north from Bottineau I saw on my paper map that Highway 43 near the Canadian border was designated a “scenic route”.  We’d take that route.  Well all I saw were trees and several small lakes.  Okay, I get it.  By North Dakota standards that would be scenic.  The route was twenty-four miles long.  It had a county park midway.  We pulled off and drove north a few miles to the campground.  It was gated off - closed.  Labor Day weekend was just a day away and they close a camping area?

Back on the scenic highway we met a house coming down the road.
Okay, this will be interesting. 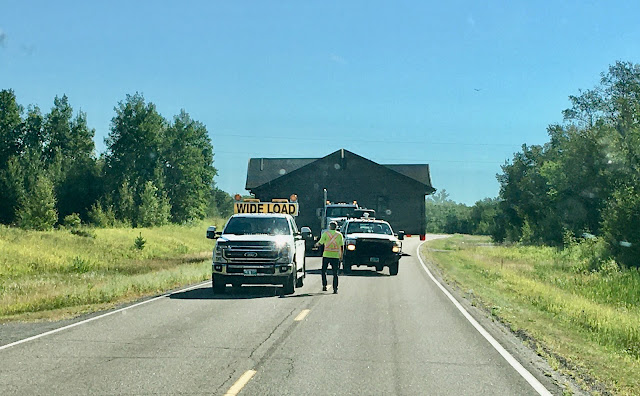 They saw us coming, stopped and the guy in the yellow vest motioned me to come on ahead and pointed off onto a gravel road up to a church or graveyard, I don’t remember which.
My attention was elsewhere at the moment.
I have questions. 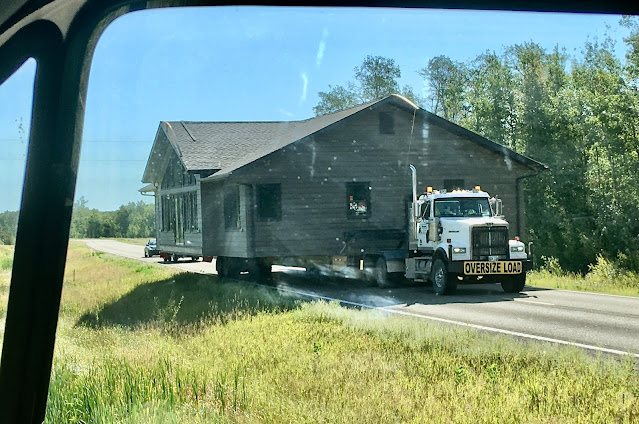 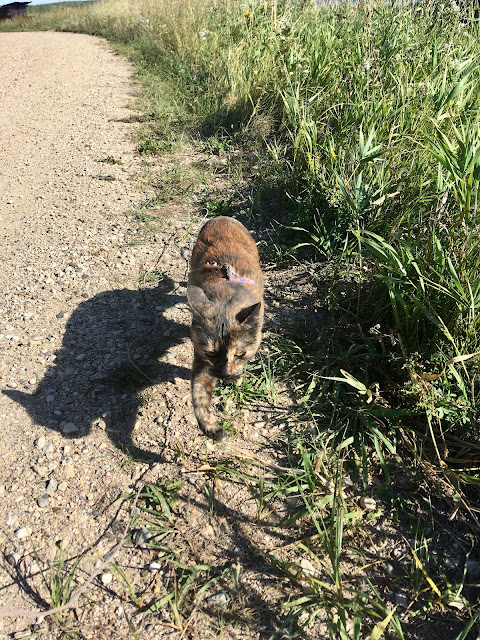 ...sniff grass and walk around some. 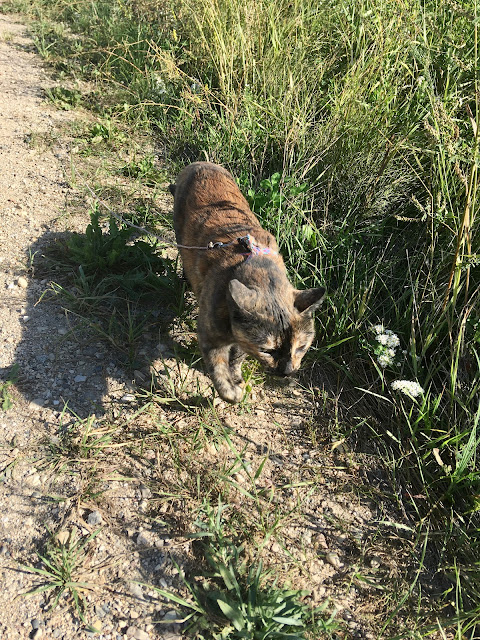 We rolled on to the town of Rolla (pop. 1223).  It was a hot day so we played hopscotch with shade trees in town until the sun set then moved over to their camp area by the baseball and football fields staying away from the two other campers in the designated campground who looked like long-term residents. 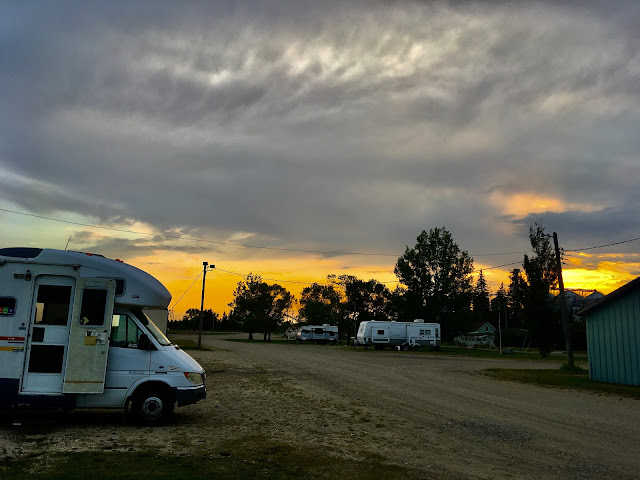 The town recycling center was nearby which provided some great late afternoon shade during dinner. 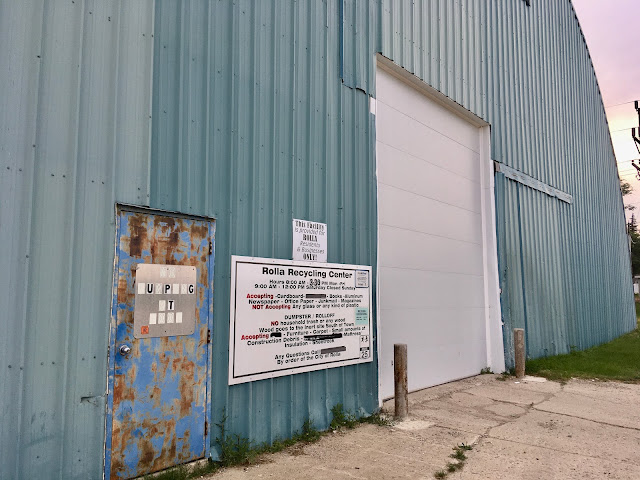 On the other side of the baseball field is the football field, completely marked off with lines for football season is coming for the schools.  At 7:30 around ten cars and trucks all showed up.  They were full of high school aged girls and boys.  The whole lot, around thirty kids, played a loosely organized game of football.  They were even able to turn on the scoreboard at the end of the field.  One side scored early on 6-0.  By the end of the game the score was 12-18.  Now why I mention this was that these kids were having so much fun whoopin and hollerin with mixed teams on each side.
Just again something only to be seen in small town America. 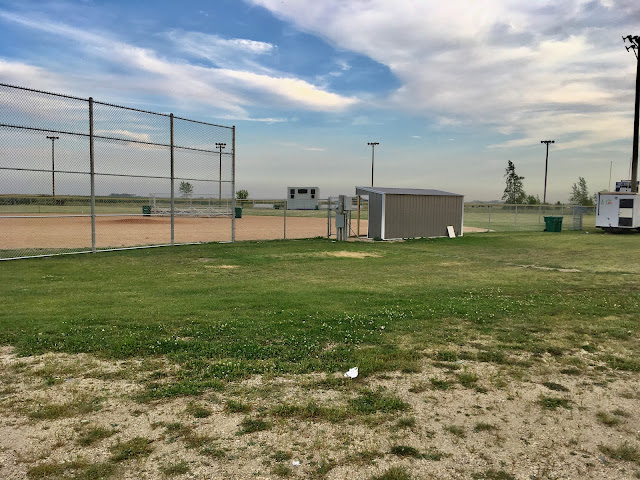 -  comment reply -
Welcome new follower from the other side of the world.
and
Question was about internet service in nowhereland. I have AT&T and can get cell service almost everywhere. I use data for accessing the internet for phone and iPad which I use the most.  I only use my laptop for keeping a journal which will be come a new eBook at the end of the year.  For that I use my iPhone as a hotspot to send the word doc off to be formatted and published.
Posted by John @ Beans and I on the Loose at 10:00 PM

Interesting to meet that house coming down the road. They sure didn't expect to see you out there! Glad you do have internet so many places...otherwise you'd have to prepare things then upload them whenever you arrived at a site working. Of course you probably do prepare your posts a few days before they show up here...as do I.

That looks like a new house! I have heard of old houses being moved, but a new house?? Why wouldn't you just build it on site?

I was thinking the same thing as Debby that the house being moved looks pretty new. Wonder why the had to move it? Maybe a prefab home built elsewhere? Lots of questions about that!

That's okay, Beans. I have those kinds of days too. I find rolling in the dirt to be quite invigorating!
Just talked to my brother back there in North Dakota. He was hauling grain to the elevator. He said they're getting smoke from fires in Canada. At least in the Anamoose/Drake area where the elevator is. I hope it is missing you and Beans.
Sights AND sounds. Did you play football as a kid?

Do you not have an issue with roaming charges when you are so close to the border? When my cousins took a long meandering drive from Oregon to Ontario about seven years ago, they hugged the border as much as possible until they reached Detroit/Windsor. They got a bit of a surprise on their phone bill!