How You Know You Are in Texas 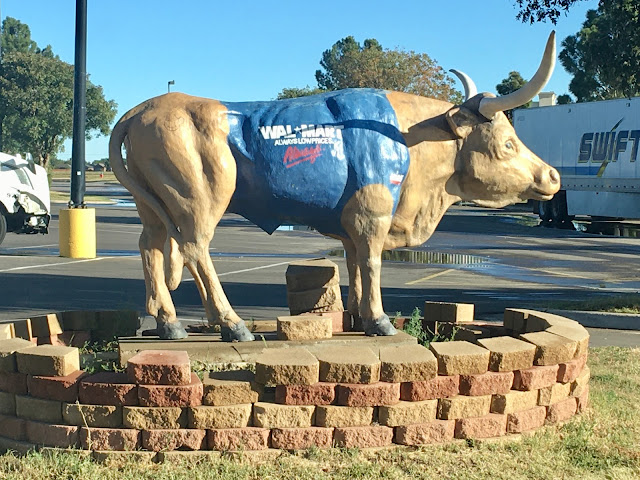 It was cold in the morning at Walmart with no electricity to run my little heater.
I had to dig out Mr. Buddy, my propane heater and that did the job keeping me alive.
Littlefield, Texas (pop. 5,843)
It was a nice drive of fifty some miles from Plainview to Littlefield, the last half of it on Farm Road 54.
We could just putz along at 45 mph.  Only two cars passed us by. 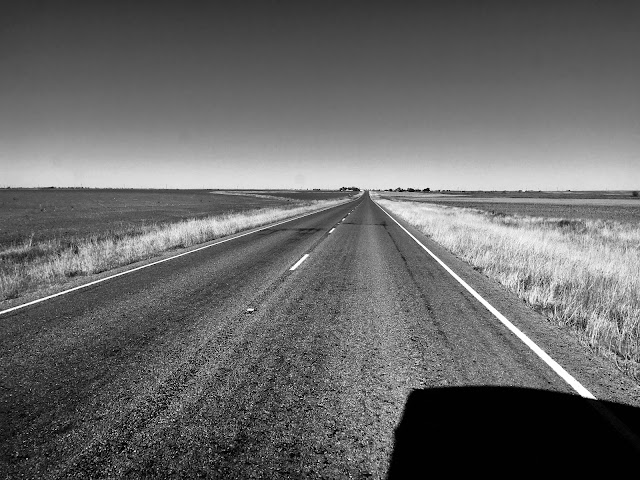 I knew this city camp park was in Littlefield for we were just here back in April. 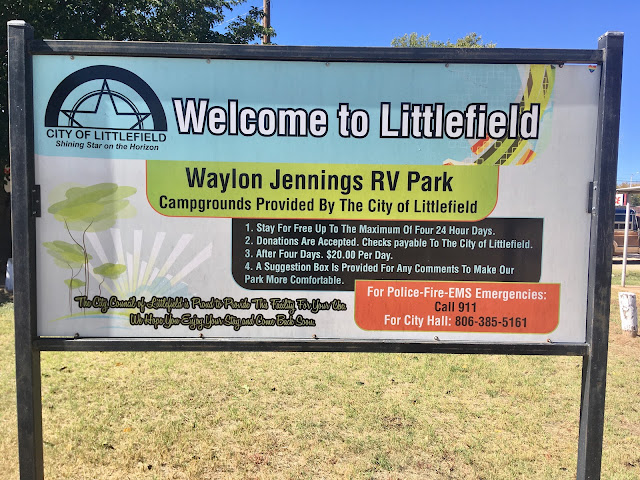 That is the thing with traveling in west Texas.  There aren’t that many choices of routes to take heading to where you want to go in the west without having to take the same highways as before, passing through the same towns as before. 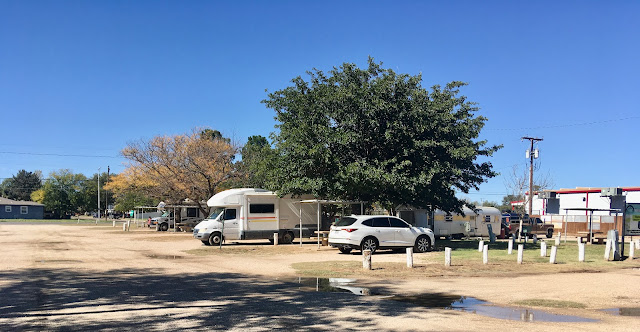 If you want to see what I posted on our first time at Waylon Jennings RV Park click HERE.

I tell the story of Waylon Jennings more than anything else.

Yep, you have the right idea Kathe.  I just may start to do that myself.  Depends on if I feel it is worth the effort or not at the time.

I have been missing the Dakotas and Nebraska a lot lately Debby while I am driving.  I think of Mr. Storlie’s cabin and the other vacant homes of Ambrose when I see it is icy cold, below freezing there.  And the school house in Alkabo.  I get severe weather warnings for those two places.

I fixed the photo Barbara.  Thank you for telling me.

Good morning John, or whenever you read comments. I realize eastern time zone is a bit ahead of central. Thanks about the photo that didn't come open for me!

I remember that story. Poor Waylon, haunted by a careless joke for all of his life.

I have a question for you to ponder over the winter, when you and Beans settle in for a while. For all the years that you've been traveling, what has been your most soul satisfying travel year, and why.

I know that your travels this year were far different than the travels you had in mind when you set out on the road but I have truly enjoyed following along this year. My husband has read along with you too, although he'd never comment.

I'll be down loading your books for winter reading.

So many wonderful performers seem to have died way too young in small plane crashes. I actually lived through one. Didn't help my singing though.
I got shot down by a snotty little guy when I asked him to speak up then teased him when he couldn't hear me. "See! It's hard to hear in here. (lots of machines)" His response, "I'm not old like you. I can hear." I laughed and said, "What would your grandmother say if she heard you say that?" "I don't have a grandmother." I'm thinking, obviously a Bot rather than a person but say, "We all have 2." He said, "She's dead." Okay, back away and fight another day. I had a good laugh over that conversation. Poor kid. I'm not giving up though.:)